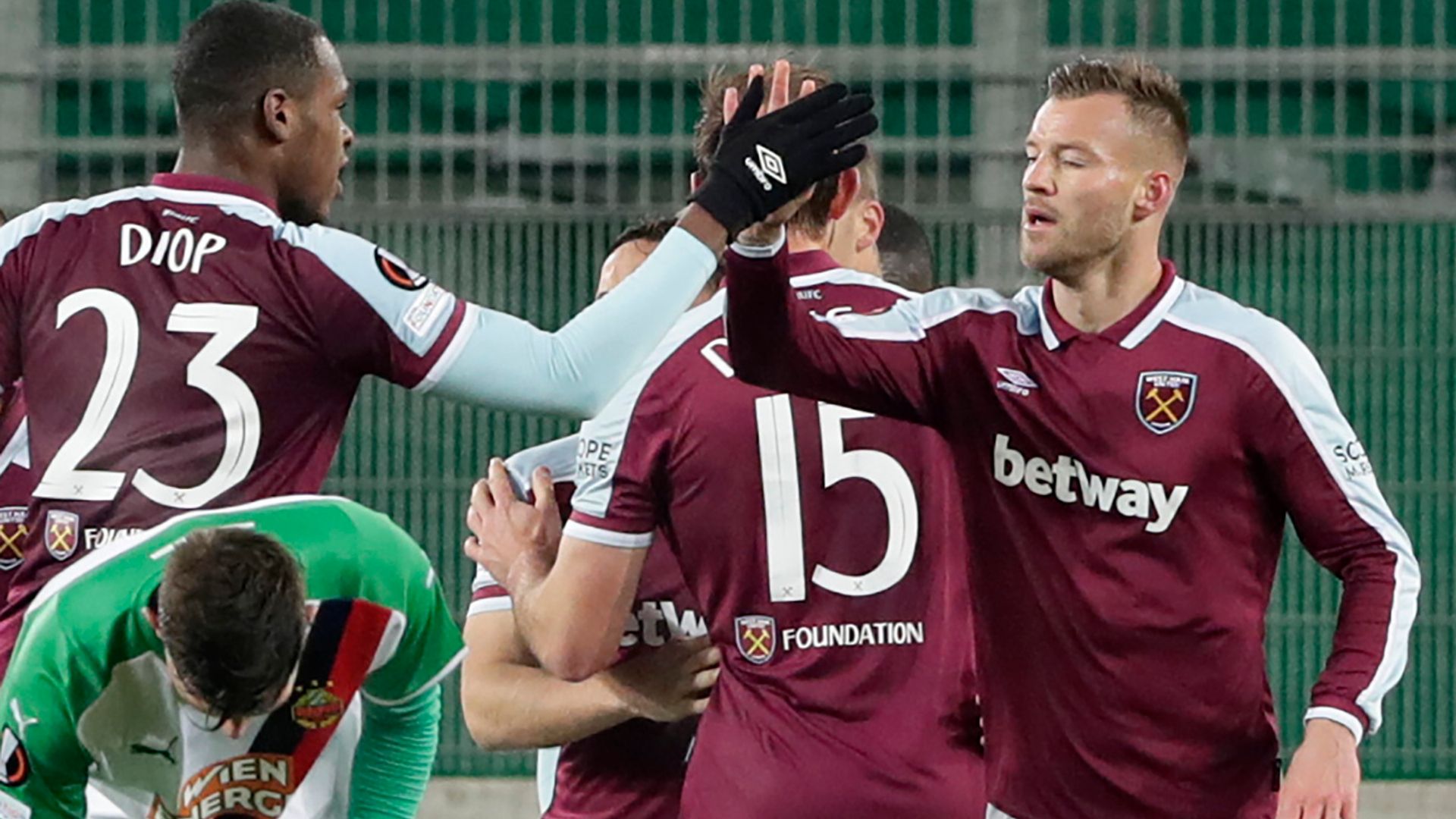 West Ham secured top spot in Group H and a place in the Europa League last 16 with a 2-0 victory at Rapid Vienna.

With Austria recently returning to a full national lockdown to curb rising Covid-19 infections, the game was played in an empty stadium, but it did not deter West Ham, who continued their impressive Europa League campaign.

Andriy Yarmolenko headed the Hammers in front in the 39th minute before the Ukraine international was brought down inside the penalty area as skipper Mark Noble doubled the advantage from the spot in stoppage time at the end for the first half (45+2).

With a trip to Man City in mind on Sunday, David Moyes shuffled his pack in the second half as West Ham cruised to a win that continues their unbeaten record in this season’s competition and means they top the group with a game to spare to avoid the play-off round.

West Ham have won four of their last five games in European competition, drawing the other (excl. qualifiers), after losing three and drawing one of the four before that.

This was Rapid Wien’s 300th game in European competition (incl. qualifiers), with the club the first Austrian side to reach that milestone.

West Ham have lost just one of their last 13 away games in all competitions (W9 D3), after losing four out of five directly before that (W1).

Mark Noble has scored 11 of his last 12 penalties for West Ham in all competitions (excl. shootouts), missing his previous spot-kick against Manchester United in September in the Premier League.

West Ham travel to Manchester City in the Premier League on Sunday at 2pm.

Moyes’ side are at home to Dinamo Zagreb in their final Europa League group game on Thursday December 9 (kick-off 8pm).