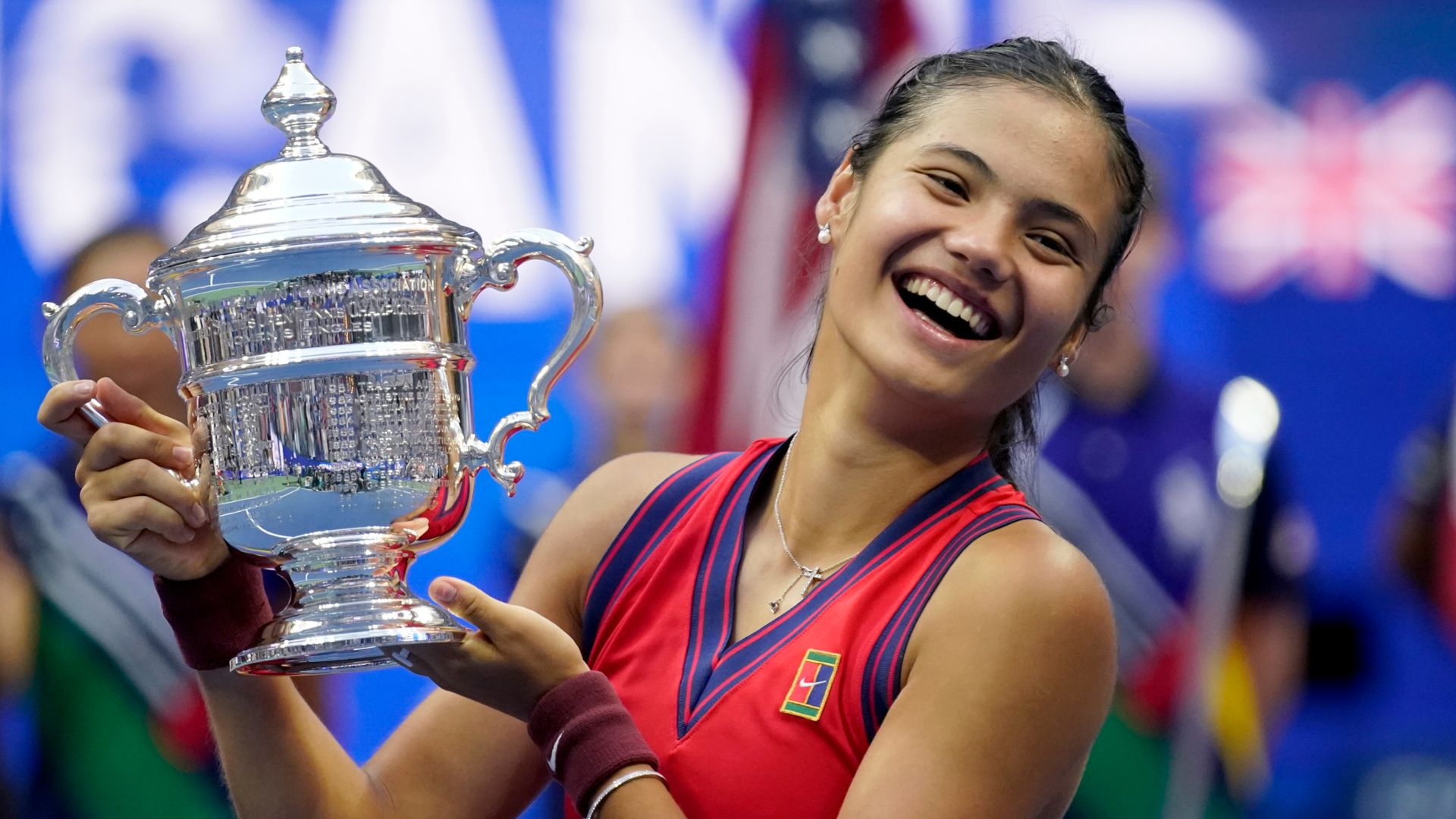 Emma Raducanu has been named Sunday Times Sportswoman of the Year following her historic triumph at the 2021 US Open.

The 19-year-old rose to worldwide prominence with her sensational September triumph as she became the first qualifier to win a Grand Slam singles title – and the first British woman to win one since Virginia Wade in 1977.

It was just her second Grand Slam appearance following her debut at Wimbledon, where she reached the fourth round – becoming the youngest British woman to progress to the last 16 in the Open era.

Bethany Shriever, 21, who crowdfunded in order to make it to the Tokyo 2020 Olympic Games and won a gold medal for Great Britain in the BMX racing final, scooped Young Sportswoman of the Year.

She went unbeaten through her three semi runs and crossed the line just 0.090 seconds ahead of Colombia’s Marian Pajon on her way to becoming champion. Shriever then went on to become world champion, the first woman in history to hold both titles at the same time.

Wheelchair racer Hannah Cockroft delivered two gold medals for ParalympicsGB in the 100m and 800m in Japan, the sixth and seventh Olympic golds of her career to date, to triumph in the Disability Sportswoman category.

The Sky Sports Team of the Year accolade was awarded to track cyclists Laura Kenny and Katie Archibald, who became the first Olympic champions in the women’s Madison. The win for Kenny made her the most successful female cyclist in Olympic history and the first British woman to earn golds at three consecutive Olympics.

Ellie Simmonds received the Helen Rollason Award for Inspiration after concluding her illustrious Paralympic career in Tokyo. She accumalated a haul of eight medals in Beijing, London and Rio de Janeiro.

Sports coach Clova Court was voted Grassroots Sportswoman of the Year. The former international athlete, who competed in track and field for Great Britain, now works as a grassroots sports coach at the Tipton Sports Academy and has worked with young people for more than 20 years.

Grand National winner Rachael Blackmore picked up the Editor’s Choice award after becoming the first woman to win the Aintree race in its 182-year history.

Women’s health and performance expert Dr Emma Ross was awarded the first Changemaker Award. Ross is co-founder and co-CEO of The Well HQ, an organisation that aims to educate and empower women to understand their bodies and use that knowledge to perform better in sport and physical activity.

Jonathan Licht, Managing Director of Sky Sports said: “It is more important than ever post-pandemic to celebrate the progress and phenomenal achievements in women’s sport.

“We have seen some astonishing moments throughout the year, not just in women’s sport but the contribution of these nominees to sport in general, from the success of The Hundred to the extraordinary story of Emma Raducanu that moved the nation. Sky Sports is pleased to play a part in the celebration of these incredible women.”

Rebecca Myers, Sunday Times journalist and lead reporter for the Sportswomen of the Year awards, said: “Congratulations to all our winners in what has been a groundbreaking year for women’s sport.

“Our very worthy Sportswoman of the Year for 2021, Emma Raducanu, made history at the US Open and inspired so many young girls and women back home with her success.

“These awards also recognise that sport and exercise is important for the physical and mental health of millions of women and we congratulate our grassroots winner Clova Court for her work in this area, as well as Dr Emma Ross, our inaugural winner in the Changemaker category, for using her platform to make sport better for everyone.”

Emma Raducanu, Sportswoman of the Year