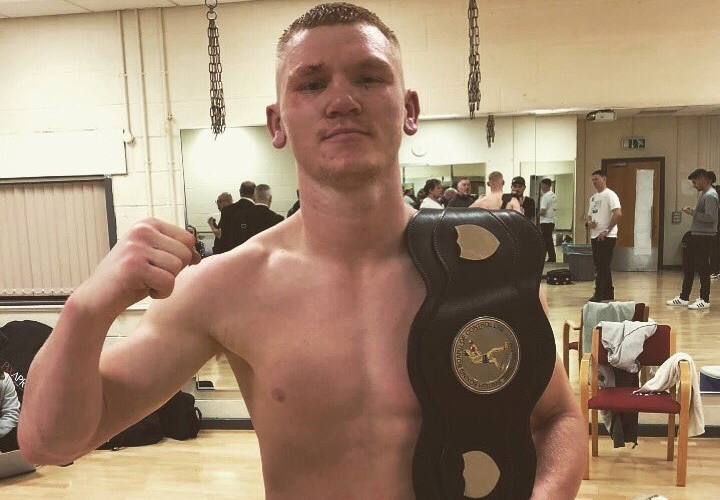 Michael Jennings knows a thing or two about being at the top of world boxing.  So, it’s worth taking note when he predicts a huge future for his fighter, Mark Jeffers, ahead of the biggest fight of his career.

Jeffers takes on Belgium’s Michel Garcia on November 26 for the World Boxing Organization (WBO) Global Super-middleweight Title at Bolton’s Whites Hotel, with all the action broadcast live by exciting new boxing channel, Fightzone. The contest is one of the co-chief support bouts to Jack Massey’s IBO World Cruiserweight Title fight against another Belgian, Bilal Laggoune.

Mark’s trainer, Jennings, had his own extremely successful career during the noughties. From Chorley – the same as Jeffers – Michael lost just three times in 39 fights and was the British, and WBU World Welterweight Champion. Known for his fantastic stamina, Jennings is maybe best remembered for challenging one of the boxing greats – Miguel Cotto – in 2009, losing in five rounds.

Ahead of the big fight between Jeffers and Garcia – the Mancunian breaks down both men and explains why he believes the WBO Global belt will find itself around the waist of the UK fighter.

“Michel looks quite strong, is a decent pressure fighter and he’ll definitely come for a fight,” said Jennings. “He can dig too, so Mark needs to be switched on from round one.

“I’m pleased though that Garcia will come to fight. So far, Mark’s been in with kids that will tuck up, but he’s also had some hard fights too like Anthony Fox, to see what he’s all about. The kids that he’s fighting now will be coming to win and that will suit Mark down to the ground, and he’ll start stopping a few of them.

“Mark is so dedicated, has really good movement, fast hands and good strength. For a kid his age, his sparring is unbelievable. On fight night, as long as everything is one hundred per cent, he’s going to properly shine and standout.

“He’s only young and not fully developed. He probably won’t even get his man strength until he’s 25 but, skills-wise, if you compare him to me at the same age, he’s twice as good! If everything goes to plan, and he keeps pushing forwards and gets the right fights, he’ll do extremely well in the game.

“I’d like to see him get in the mix at British level but he’s still got plenty of time. When he starts winning titles, we want him to be able to keep them. We want to be the best in that division. When he is ready to fight for the British Title we want him to be someone that no one can beat.

“I’m confident about this fight. I’m not over-confident because it only takes one shot, but when you break both fighters down, Mark has a lot more positives.”