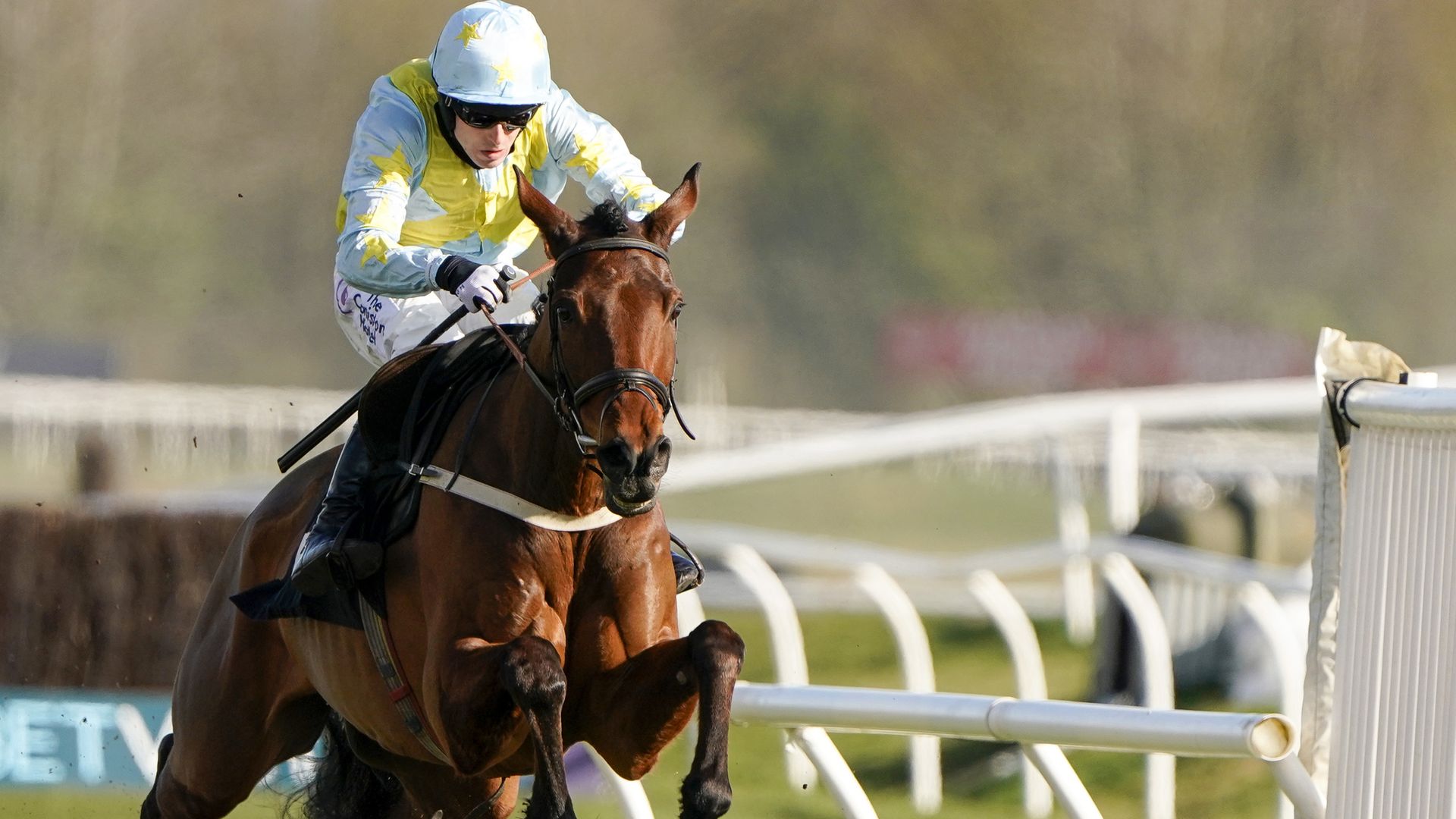 Millers Bank bids to follow up his impressive chasing debut success when taking on three rivals in the Ladbrokes Committed To Safer Gambling Novices’ Chase at Newbury on Friday.

The seven-year-old was a close-up third in the Grade One Aintree Hurdle on his final run last term and produced an 11-length success on his seasonal and chasing bow at Huntington last month.

Having won four of his eight starts over hurdles, Alex Hales is hopeful the son of Passing Glance will make it two from two over fences in the two-and-a-half-mile Grade Two contest, where each of his three rivals were also successful on their respective seasonal debuts.

Hales said: “He was very exciting at Huntingdon and we’re really looking forward to it.

“He’s a truly exciting horse, he was third in a Grade One at Aintree in April and he did nothing wrong at Huntingdon.

“This is the obvious next step for him but it is a tight contest.

“The ground should be fine, they’re calling it good to soft, good in places, so it should be absolutely perfect.

“The best run of his life was at Aintree on decent ground, so it should be fine.”

Though facing only three rivals, all look promising novice chasers, with the Gary Moore-trained Nassalam bidding to follow up his chasing debut success at Ascot over an extra furlong.

The youngest of the quartet, he receives weight from his rivals.

“He put in a good performance at Ascot on his first run of the season and I was highly delighted with him,” said Moore.

“He will have to put in a better one this time, as it is a stronger race.

“No race is an easy one, but the ground won’t be any excuse if he’s beaten. I galloped horses around Newbury the other day and it is the nicest ground I have been on all year.

“There is plenty of moisture in it and someone told me it was a selected area for horses galloping, but I don’t know how true that was, and while I’m sure he would like it softer, it is generally pretty even ground round there.

“He has age on his side, as he is only four, and that is why he is in the race, because he gets 9lb, which is very handy.”

Paul Nicholls’ Pic D’Orhy is the most experienced in the line-up, having had five spins over fences, winning the last of those, beating three rivals over two miles and five furlongs at Ffos Las last month.

“He won from the front in pleasing style on his return to chasing at Ffos Las in October. He won the Betfair Hurdle at Newbury in 2020, so we know he is suited by a flat track and the trip of two and a half miles is another plus,” the trainer told his Betfair blog.

“I’ve had this race in mind for Pic D’Orhy since Ffos Las and expect another decent show from him.”

The Tom Lacey-trained Tea Clipper, who jumped well when taking a Listed novices’ chase on his seasonal and chasing debut at Chepstow, heads the weights and is asked to concede 5lb and upwards to his three rivals in the £28,457 to-the-winner contest.

All eyes will be on Jonbon in the Play Ladbrokes 5-A-Side On Football “National Hunt” Maiden Hurdle.

The full brother to multiple Grade One winner Douvan – who had changed hands for a record £570,000 at the sales last November after a point-to-point win – makes his eagerly-awaited debut over the smaller obstacles for Nicky Henderson.

The five-year-old won a bumper at Newbury in March and is out to enhance a lofty reputation against seven rivals, despite Henderson admitting there is a degree of pressure for the inexperienced five-year-old.

However, owner JP McManus’ racing manager, Frank Berry, believes that the son of Walk In The Park will acquit himself well in the extended two-mile heat.

Berry said: “I don’t know why he’d be feeling the pressure. He is a grand horse and seems to be pleasing Nicky. Hopefully, he will go out there and put up a nice performance.

“The ground should be fine. He’s a nice, big horse and is a good mover, and we’d be hopeful that he will run a nice race.”

Seven line up for what promises to be a fascinating Ladbrokes Daily Odds Boosts Chase (Novices’ Limited Handicap) for the Fulke Walwyn Trophy over two miles.

Third in a well-contested Listed handicap hurdle at Ascot last month, Harry Fry has been keen to send six-year-old Boothill, a son of Presenting, novice chasing.

Fry admitted: “We want to start Boothill over fences and we think he is very talented horse. We were just waiting on the ground and it seems as though it will have enough juice in it, but we will have a look in the morning.

“He is lightly raced and what we have seen from him has been very promising.

“He won his bumper well and his first start over hurdles, and he wasn’t fully wound up on his seasonal debut at Ascot. He did plenty wrong and was very keen, but it was a good run against more experienced performers.

“The schooling he has done, he has done nicely and we think he is a fine, big horse who has always looked like he has the potential to be progressive.

“Hopefully, with a clear run, he will become a flag-bearer for the yard.”

Among his rivals is Solo, who was a fine second to Nassalam on his chasing debut at Ascot.