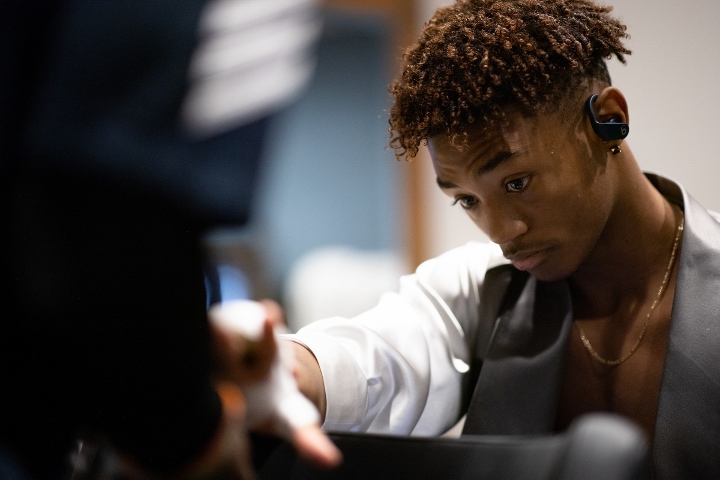 Guerrero was game during the first round as he came out swinging. But the 19 year-old sent the 32 year old veteran to the floor with a vicious body shot, before blasting him with another hard body shot that put Guerrero down for a 2nd time and Guerrero did not get up.

The win raised Walker, of Los Angeles to 10-0-1 with nine knockouts. This was Walker’s fourth fight of 2021.

“My opponent was a tough veteran with over 60 fights, so this experience will serve me greatly in the years to come,” said Walker

Walker is managed by Rene Symonds and Clement Kwan of Waterfront Management, and is a promotional free agent.

Super featherweight prospect Kevin Montano lwon a four-round unanimous decision over Jose Delgado to raise his mark to a perfect 2-0 in a fight that took place at the DoubleTree Hotel in Sacramento, California.

Montano is managed by Split-T Management.

Montano of Sacramento won by shutout scores of 40-36 on all cards.

He won his pro debut when he took out Tyler Marshall in two rounds on August 6th at the same venue.

The 24 year-old Montano, is from Sacramento, and had a distinguished amateur career that saw him rise to the number-two ranked lightweight in the United States.