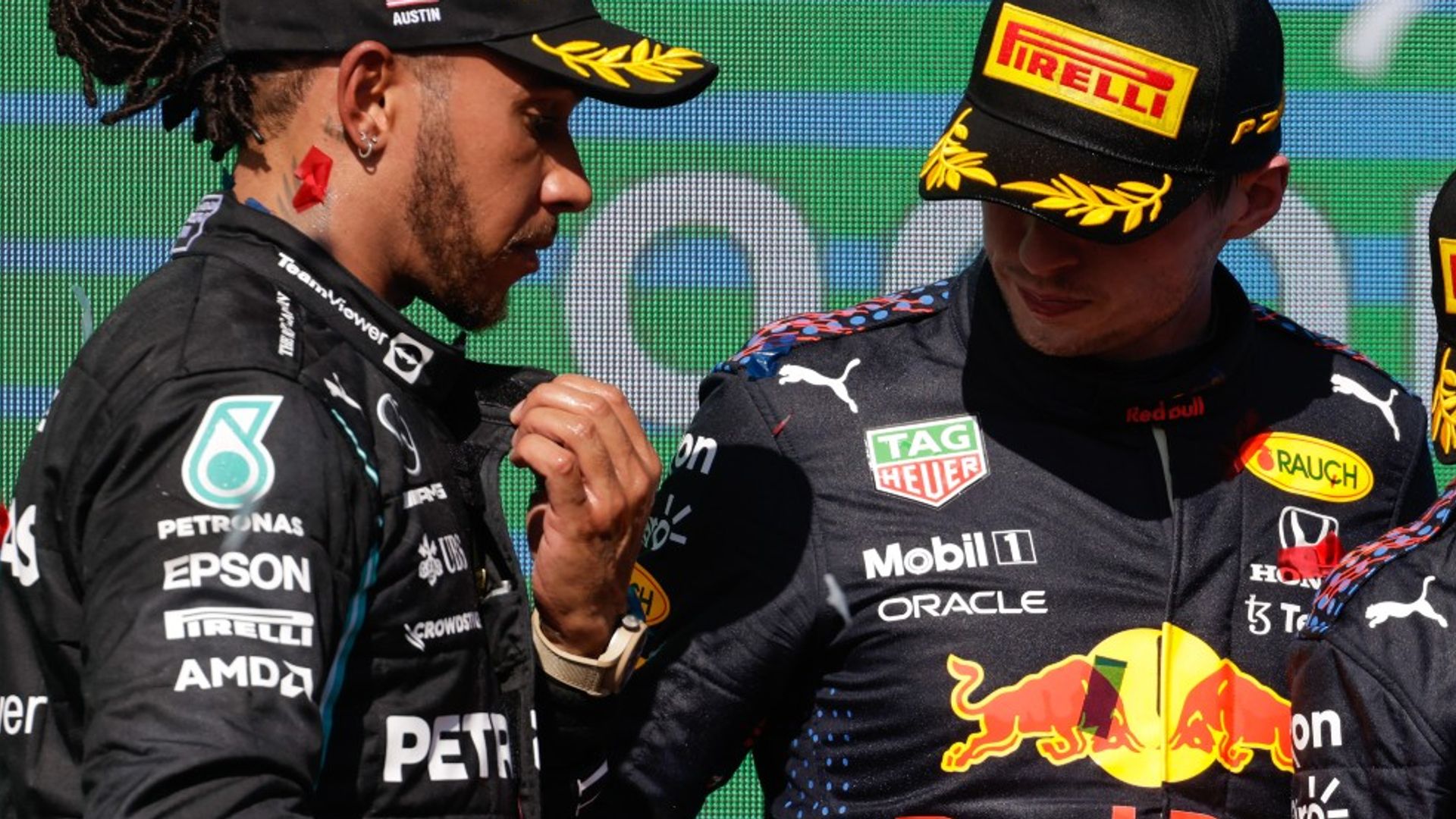 Highlighting the big winners and losers from an enthralling United States GP, as Max Verstappen moves a step closer to beating Lewis Hamilton to the title, Red Bull hit back at Mercedes, while Ferrari continue their recent stranglehold over McLaren…

Max Verstappen
Doubling his title lead at a so-called Mercedes track? Verstappen would certainly have taken that coming into the weekend. But it’s not just that somewhat unexpected pace that was so impressive about Max in Austin, for this was a faultless performance from a driver who has quickly evolved into the complete F1 package.

Not only was Verstappen rapid when he needed to be, faster than Lewis Hamilton in qualifying and the race, but he showed further strings to his bow on Sunday when advising his team about strategy (and not even his, but his team-mate’s) while also carefully and masterfully looking after his tyres to make sure he had enough to hold off the Mercedes at the end.

Making what was a “very aggressive” strategy from Red Bull pay off, Verstappen has never looked more like a champion. Now 12 points clear with five races to go, you’d think that – barring a DNF – two wins might just seal a first crown for Verstappen. It’s his championship to lose.

Red Bull
Sure, it wasn’t quite the perfect weekend – Sergio Perez narrowly missed out on locking the front row while he finished a distant third in the race – but make no mistake about it, the US GP represented a big, big triumph for Red Bull, one at an opportune moment and one that hands them back the momentum for the final five races.

On the back of three straight races of being dominated by Mercedes, Red Bull would surely have been fearing the worst after Friday practice at COTA – a Mercedes stronghold – with the best part of a second between the two cars. But Friday night setup changes did the trick, and then some, and the team were absolutely rampant from then on.

Verstappen finishing ahead of Hamilton and Perez finishing third to the penalised Valtteri Bottas’ sixth cuts Mercedes’ constructors’ championship lead to just 23 points and team boss Christian Horner admitted “this is a big one” as Red Bull now head to favoured destinations of their own in Mexico City and Interlagos.

Ferrari
Engine upgrades don’t always make a huge difference in F1, but for Ferrari their new battery introduced back in Russia has seemingly done just that, and perhaps pivotally so for their championship fight for third with McLaren.

This was the first weekend Ferrari were able to use the new Power Unit without Charles Leclerc or Carlos Sainz taking a grid penalty and the results were overwhelmingly positive – Leclerc secured a very comfortable fourth while Sainz would also likely have converted his grid slot (5th) into that race result if not for a soft-tyre start and the Daniel Ricciardo battles.

Combining what has always been a very good car with a faster and more driveable engine, Ferrari are a team to be reckoned with, securing five straight top-five finishes and they are now just three and a half points behind McLaren.

F1
Has F1 finally cracked America and unlocked a new wave of popularity? The sport’s ever-growing fandom Stateside was in full show over the weekend as, for the first US race since before the pandemic, a capacity crowd (400,000 on Sunday) filled the COTA hills and grandstands and seemingly loved all the action. Dare we say it, the noise and carnival atmosphere felt very much like a US-Silverstone, with an added sprinkling of American celebrities and sporting stars.

“It feels like this is our acceptance into the US,” admitted Hamilton. There are two races in the US next year with Miami’s addition, remember.

Daniel Ricciardo
Ricciardo clearly loves Texas – and no, we’re not just saying that because of the sideburns, the accent and the cowboy hat. Ricciardo always seems to find form in Austin and did so again this weekend, out-qualifying team-mate Lando Norris and then, even more impressively, beating the Ferrari of Sainz in the race – getting his elbows out when he had to. Ricciardo’s drive to fifth salvaged McLaren’s slender lead over Ferrari, too.

Sebastian Vettel
It wasn’t exactly a surge through the field from Seb but starting 19th with an engine penalty and finishing in the points in 10th is no mean feat, with a late pit-stop and overtake on Antonio Giovinazzi putting the cherry on top of his comeback drive.

Mercedes
“For me personally, P2 was better than I expected.”

The words of Toto Wolff after Sunday’s race summed up how far Mercedes’ aspirations had fallen after a strong start to the weekend. Mercedes were pretty much spot on from an operational view on Sunday, and Hamilton also barely put a foot wrong, but that could not make up for what was a clear pace deficit to Red Bull, one that so few expected.

How did the tables turn so quickly? A combination of Mercedes’ car not quite handling the COTA bumps as well as others and Red Bull’s marked improvement? Possibly. Whatever it was, Red Bull have laid down an ominous marker for the rest of the season and Mercedes need to get a handle on their package, which was being praised for its seemingly seamless upgrades coming into the weekend.

And that arguably wasn’t even their low point of Austin. What may be a bigger worry for the team is the fact they continue to be plagued by engine unreliability, with Bottas forced onto his sixth(!) engine of the season, while the Mercedes-powered George Russell and Vettel also took penalties. “I think we understand now much better it is, but it means that there is no durability in running them and that means potential DNFs,” said Wolff. Will Hamilton take a penalty next?

McLaren
What was a race-contending McLaren car is now back in the midfield and what was a pretty comfortable buffer to Ferrari a few races ago is now down to three points. McLaren have some work to do to stop Ferrari’s momentum in their bid to claim what would be a huge achievement in back-to-back third-place finishes in the championship.

“The last few races they’ve been very fast,” said Lando Norris, who finished eighth in Austin. “We’ll have to push hard, try and find some extra little things for improvements.

“At the moment they have the edge on us, both in Qualy and in the race and that’s not a nice position to be in so late in the season. We definitely need to try and find something to try and counter the attack.”

Pierre Gasly
Another Q3 appearance for Pierre Gasly but what was already going to be a difficult race with Ferrari and McLaren’s advantage turned into an impossible task as his pre-race engine concerns were followed up by a mid-race retirement due to a suspension failure. He had passed Bottas at the start, too.

Alpine
They haven’t been the most competitive midfield team this season but believe it or not, Alpine were on a 15-race points-scoring streak coming into the US GP. Then came a rather disappointing weekend, with Esteban Ocon lacking pace and then retiring, while Fernando Alonso took an engine penalty and then had a very feisty Sunday – with entertaining battles with both Alfa Romeo cars – before heading to the garage early himself. At least they stay fifth in the standings.

Kimi Raikkonen
Kimi would most probably have been a winner here if not for his late error. The 42-year-old had battled so well on Sunday and after rolling back the years to overtake Alonso around the outside – picking up some damage in the process – he looked set to take just his fourth points finish of the season. But with former team-mate Vettel closing in, Raikkonen spun at the Esses with four laps to go. Will F1’s race-entry record-holder get another chance for a top-10 in his final five races?