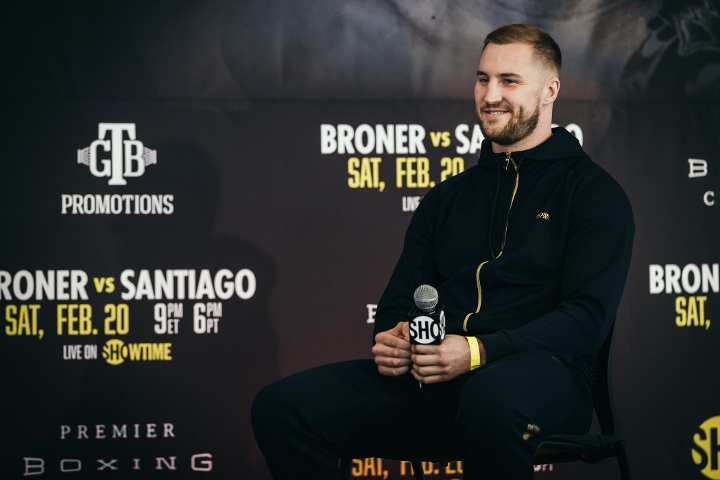 Otto Wallin has spoken of the disappointment he felt when Dillian Whyte pulled out of their scheduled October 30 fight last week.

Whyte cited a damaged shoulder, leaving Wallin hoping that their contest will be rescheduled while boxing chatter intensifies that Whyte will now go in to a straight shot at WBC champion Tyson Fury instead, so Wallin will have to think of a new path to heavyweight gold.

But as of now Wallin doesn’t want a different path, he wants the Whyte fight rescheduled, he’s staying ready and still training and his promoter Dmitriy Salita has asked for independent doctors to verify Whyte’s injury.

Wallin estimates he has spent between $15,000 and $20,000 in camp in New York, costs that have increased due to having to regularly test sparring partners while in the middle of a pandemic. Not only that, Wallin had completed camp, the Swede was packed and he was about to set off for the airport when the call came telling him not to fly anywhere, that Whyte had suffered an injury.

The fight at London’s O2 was part of a larger trip as Whyte intended to visit Sweden afterwards to see his family. It’s been more than 18 months since he saw his mother but now everything is on hold as he hopes a new date for the fight is found.

“It’s a huge opportunity for me,” said Wallin. “I feel I can beat Whyte and earn my shot to fight Fury again. This is what I want, for the fight to be scheduled and to make sure it happens. It’s a huge let-down when they cancel the fight like this. I’ve been training very hard, I’ve had my mind on the fight and just the simple fact that I haven’t seen my family in two years, I could have gone home but I’ve stayed here [in New York] training to make sure I’m ready for the big opportunity to come. I was going to win this fight and then go back to Sweden to see everyone. It hurts when you haven’t seen your mum in two years. It’s worth it when you get the big fights but this is just a big let-down.”

Wallin covets a rematch with Fury, who outpointed him in Las Vegas a couple of years ago, but both he and his promoter Salita want Wallin to face Whyte first.

Salita added that if Wallin is frozen out of Whyte’s future plans, it will “set the sport back years” because it will show that no one cares about the fighters and their sacrifices.

“He has a great chance to win [against Whyte],” continued Salita, who has been in contact with Whyte’s promoter Eddie Hearn as well as both the WBC and the British Boxing Board of Control. “He [Wallin] wasn’t just a stand in. It’s important that the right thing happens here.

“Athletes have finite careers and there’s only a certain amount of time you can compete at a high level, it’s a very short amount of time, and every training camp in any sport but certainly in boxing when people hit you, it takes something out of you. You can only do so many. You can only run so many miles. You can only spar so many rounds. Your body can only take so much. Every training camp is a life of its own and the most respect should be given to the fighters for putting themselves out there, putting the most in to training camp every time and Otto Wallin leaves nothing behind. He does everything he’s supposed to do and for this fight he left no stone unturned and with Corona going on it’s so difficult getting people comfortable to travel so you have to pay more money to make sure they have their vaccines so they can come to the gym and to house them – because some hotels are closed and some aren’t. There’s just so much that goes into this. This is such a big opportunity, he’s put so much on the line and it’s so important the right thing happens here.”