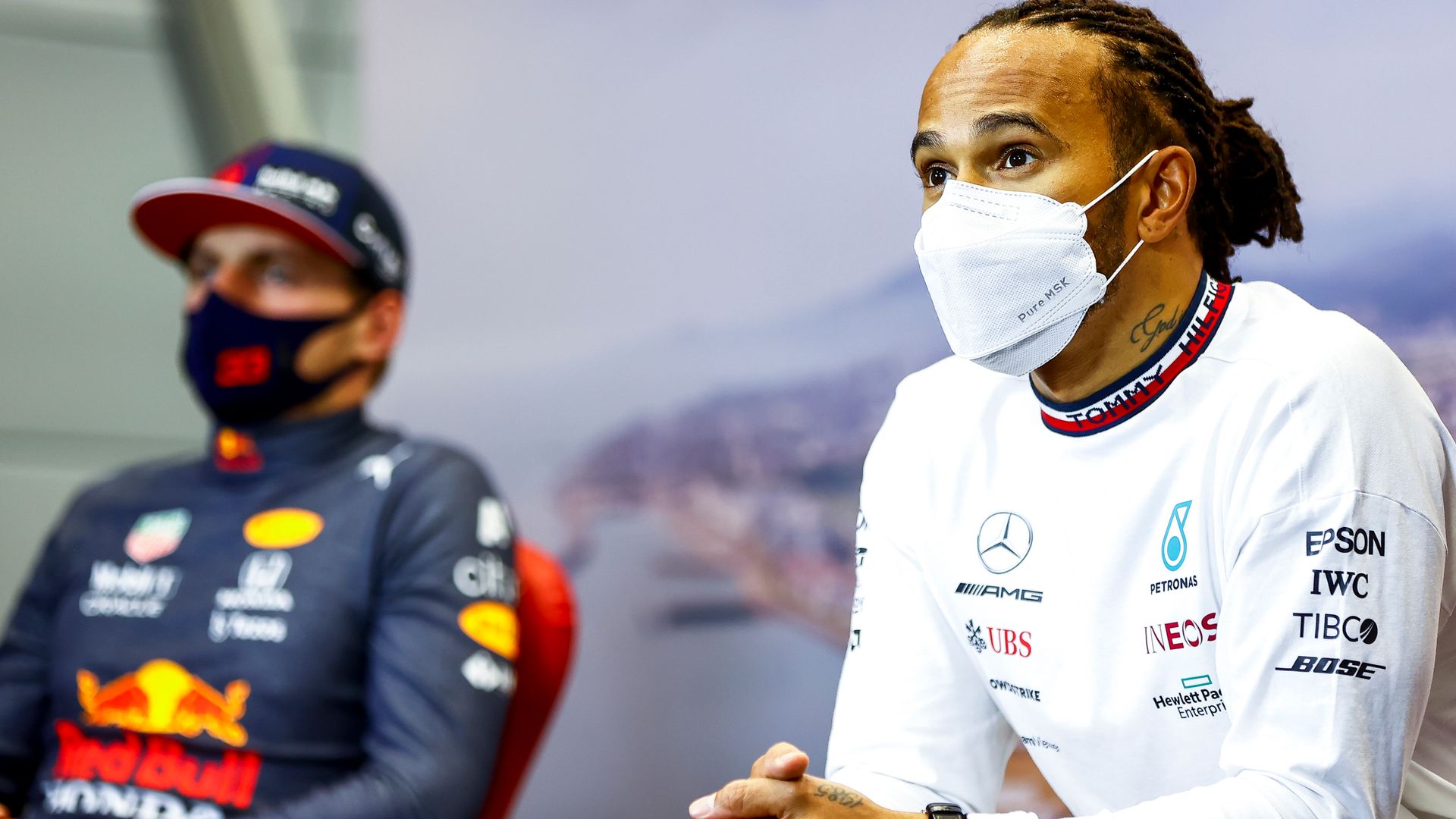 Lewis Hamilton and Max Verstappen will renew direct rivalries in the battle for United States pole position on Saturday night, having already crossed paths on track in Austin during practice.

Since colliding for the second time this season at the Italian GP last month, direct duels between the championship protagonists at the front of the field had effectively been put on hold by grid penalties for each of them in the last two races.

But with no penalties in play for the top two hitherto this weekend – although Valtteri Bottas does have a five-place drop in the second Mercedes for another engine change – a battle at the acrobatic Circuit of the Amerces awaits heading into qualifying at 10pm tonight after Mercedes and Red Bull topped one practice session apiece on Friday.

And, unusually for a non-competitive Friday, there was even a brief flashpoint between the title rivals, separated by just six points in the standings, during the opening day’s running.

Verstappen called Hamilton a “stupid idiot” over the radio after Hamilton overtook him at the end of an out-lap, with the two cars then going closely wheel-to-wheel down the circuit’s pit straight towards the first corner. 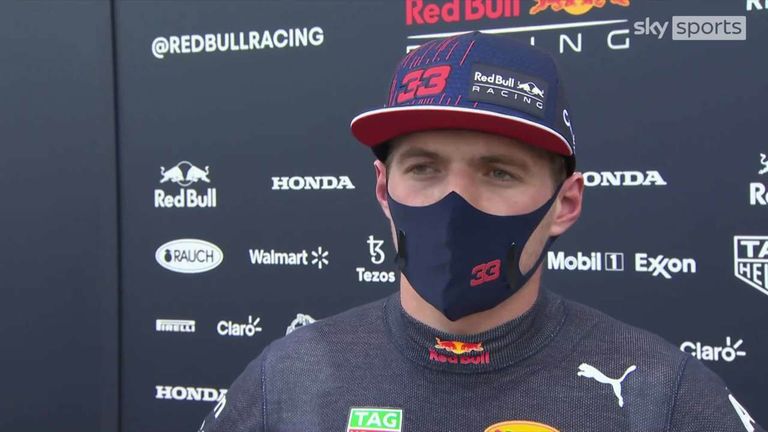 Verstappen, who later aborted his qualifying simulations after being frustrated by traffic, said of the incident with Hamilton: “We were all lining up to go for our lap so I don’t really understand what happened there.”

Sky F1 pundit and 2009 world champion Jenson Button said: “It’s been quite a fiery day for Max, to be fair. I think there’s a bit of frustration building.

“In that incident [with Hamilton], he couldn’t get his lap and then he had traffic on new tyres for two laps in a row. I know what it feels like but it’s how you control yourself after that. Hopefully the team will sit down with him, get him calm, so he can focus on FP3.” 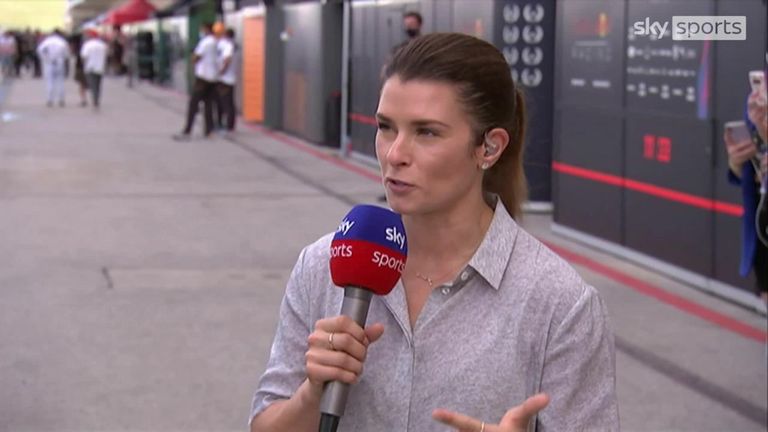 The protagonists’ brief flash-point aside, practice intriguingly indicated that the battle between Mercedes and Red Bull may well be closer than it was last time out in Turkey when the latter struggled against the straight-line speed of their rivals and with general car balance.

It did not look that way when Mercedes enjoyed a large advantage of nine tenths of a second in opening practice, but it was Red Bull who were officially quicker in the second practice. Lewis Hamilton did post the quickest lap of the session before it was deleted for track limits but, even then, his advantage over Sergio Perez was just one tenth of a second.

“It’s been a good day but still work to do,” said Hamilton.

“FP1 was a really good session; made some changes and wasn’t happy in P2. Still not such bad pace but I think we lost some ground to everyone, or they gained ground, so we have some work to do, as always.” 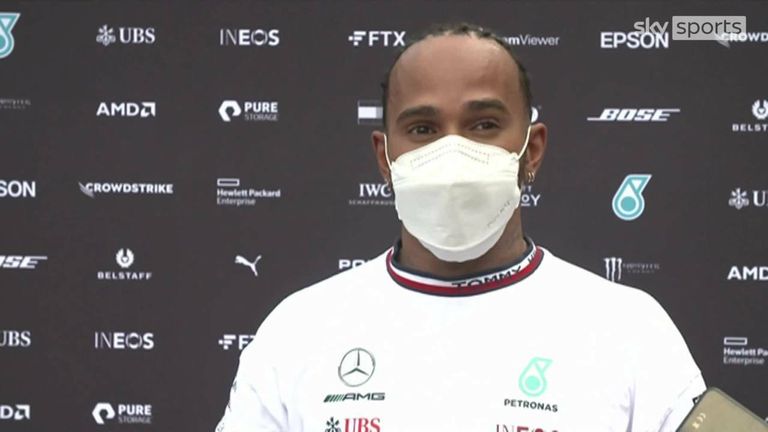 Bottas indicated that he at least had spent the second practice focusing on race pace given his penalty means he will start no higher than sixth on Sunday.

“Still a lot of work to do with the set-up,” said the Finn, the victor on F1’s previous visit to Texas two years ago. “It’s not easy to drive at all and it’s like in some places this track has lost quite a bit of grip, then the balance is inconsistent.”

Verstappen’s traffic frustrations meant he ended up an unrepresentative eighth. But he still felt there were positives to take from his Friday.

“Overall, it’s not easy out there,” said the six-point title leader. “The track is quite bumpy and to find the right compromise with the car hasn’t been easy so far.

“But we know a few positive things to look at and we’ll continue to work on that. It didn’t feel bad on the short run, it was just a mess with the traffic.”

“Race runs were very similar and I do think in qualifying they are going to be quite similar. Checo [Perez] did a great lap; Lewis was quicker but his lap was disallowed because he ran off at Turn 19, and we don’t know what Max could have done.

“I think those four at the front, the two Mercedes’ and the two Red Bulls, are going to be fighting it out for pole position, which is what we all want.”