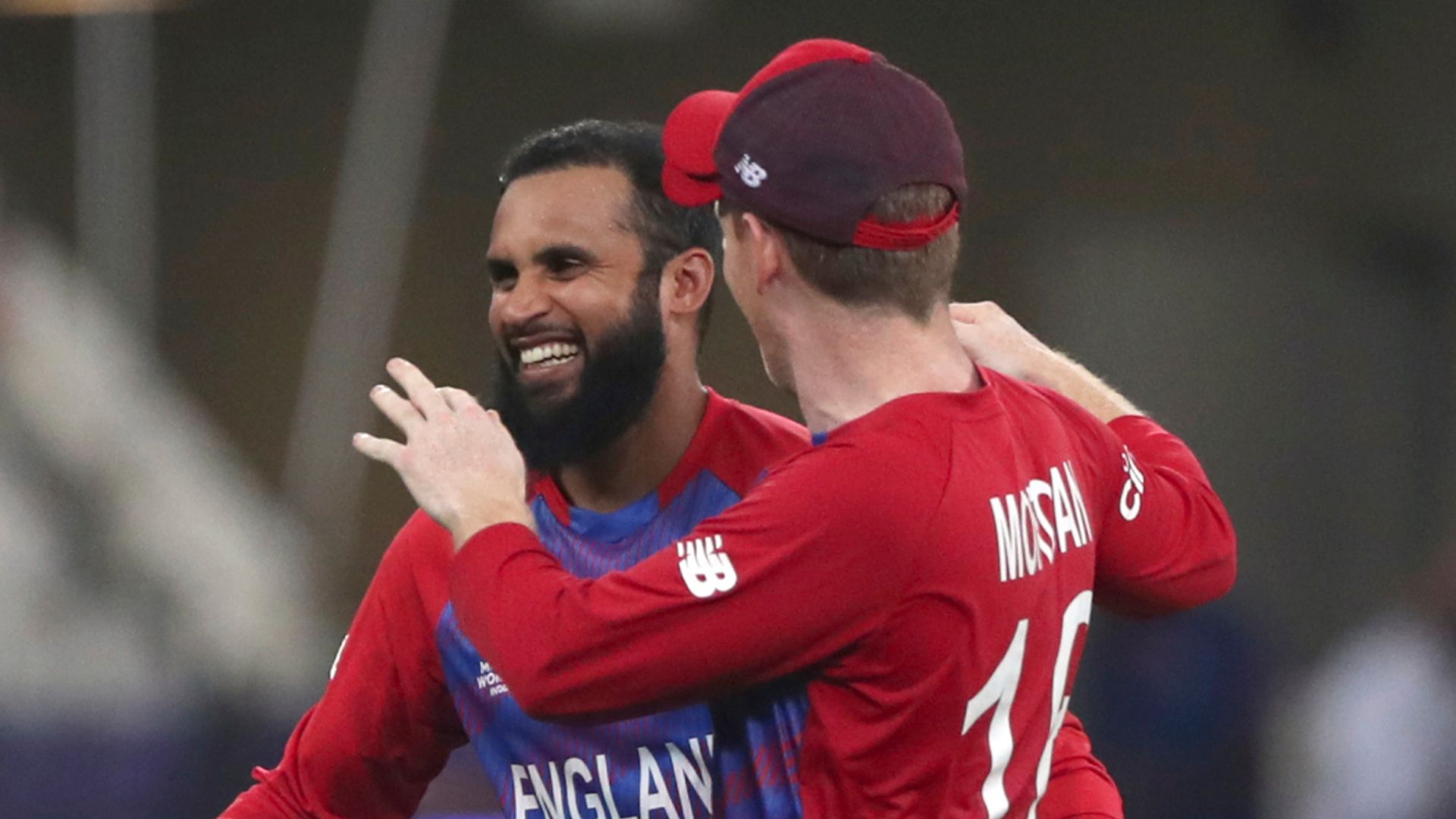 England beat West Indies by six wickets in their T20 World Cup opener after bowling out the defending champions for 55 after a stunning effort in the field; Adil Rashid took 4-2 with two wickets apiece for Tymal Mills (2-17) and Moeen Ali (2-17)

England made the perfect start to their T20 World Cup campaign after bowling West Indies out for 55 to claim a six-wicket win.

Adil Rashid led the way in a brilliant all-round bowling effort, taking 4-2 – the best figures by an England bowler in T20Is – while there were two wickets apiece for Moeen Ali (2-17) and Tymal Mills (2-17) as the Windies were blown away inside 15 overs.

Only Chris Gayle (13) made it into double figures as the defending champions slumped to their second-lowest T20I total and the third-lowest at a T20 World Cup.

England made it difficult for themselves in the chase, slipping to 39-4, but the result was never really in doubt and they got over the line two balls into the ninth over with a boundary from Jos Buttler (24no from 22 balls).

The West Indies will remain in Dubai for their next match, against South Africa on Tuesday, while England head to Abu Dhabi for a clash with Bangladesh on Wednesday.

Group 2 gets going on Sunday with the heavyweight meeting between 2007 winners India and Pakistan in Dubai, a match you can watch live on Sky Sports Cricket from 2.30pm.

The earlier game is the Group 1 encounter between Sri Lanka and Bangladesh (10.30am, Sky Sports Cricket), with both sides having come through last week’s first round.

Watch the ICC Men’s T20 World Cup, in the United Arab Emirates, live on Sky Sports between now and November 14.