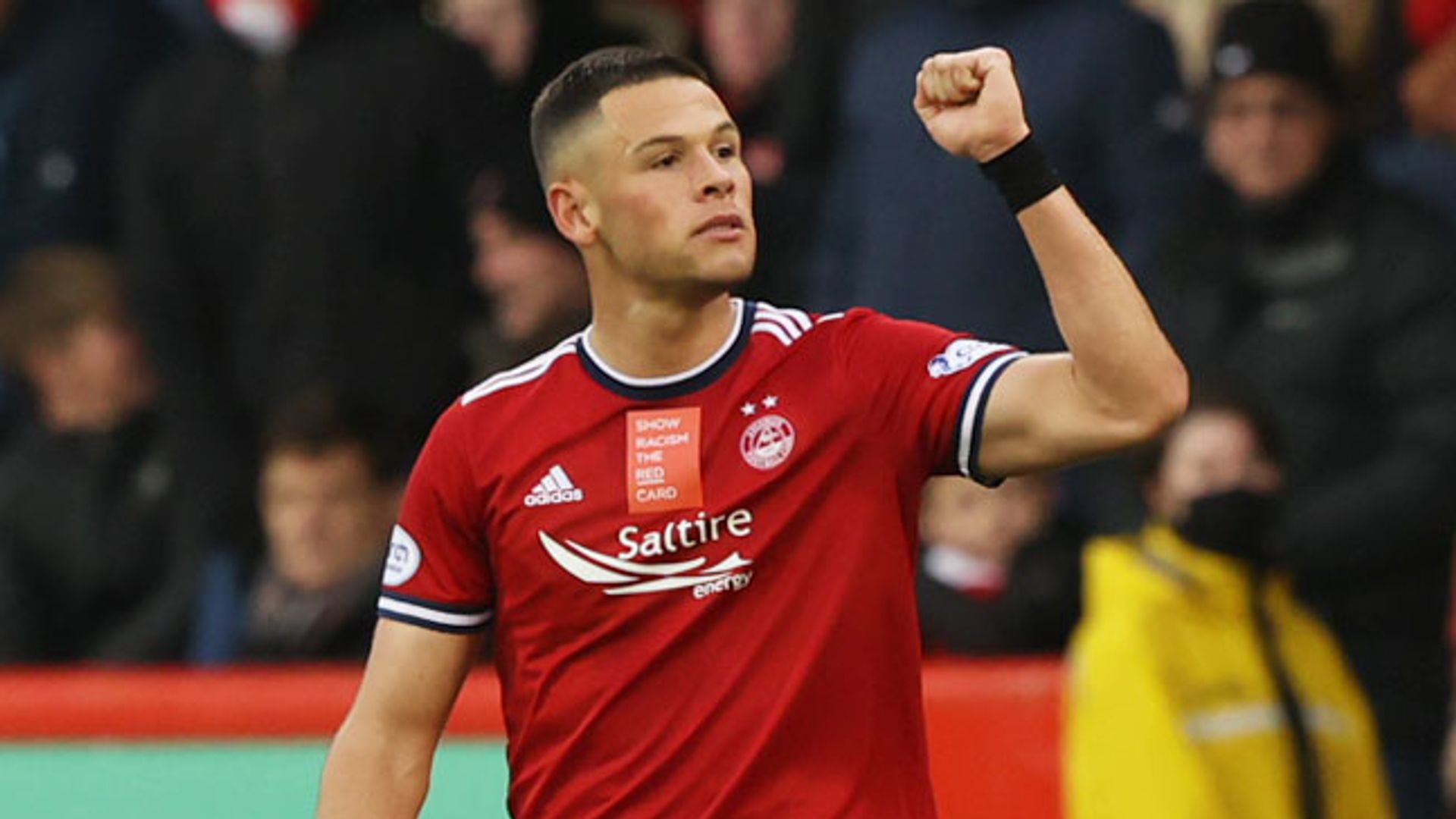 Aberdeen ended a five-game losing run and a 10-match winless streak to edge out Hibernian 1-0 and ease the pressure on boss Stephen Glass.

Not since 2010 had the Dons endured such a poor run of form but they deservedly dug out a victory to send the Edinburgh side crashing to a third straight Premiership defeat.

Christian Ramirez, the shining light in Aberdeen’s stuttering season so far, was the matchwinner with a well-taken first-half volley.

Aberdeen restored goalkeeper and vice-captain Joe Lewis, who had been left out of the previous two matches following several costly mistakes in the Dons goal.

Hibs made three changes along their backline after last week’s heavy home defeat to Dundee United.

It was a cagey opening to the match, although Hibs goalkeeper Matt Macey had to be alert to push away a deflected Ryan Hedges shot in the 11th minute.

Aberdeen made the breakthrough in the 27th minute with a goal of real quality.

Scott Brown found space in the centre of the pitch and sent Calvin Ramsay away down the right flank with a clever pass. The teenager’s cross was perfect for Ramirez, who volleyed sweetly into the corner of the net from 12 yards.

It was the first time the Dons had scored first in a league fixture since their opening-day win over Dundee United but it would prove to be Ramsay’s last involvement as he hobbled off soon after to be replaced by Jonny Hayes.

The visitors nearly restored parity in the 36th minute with a low 20-yard effort from Martin Boyle, which deflected narrowly wide for a corner.

As half-time approached, Aberdeen were forced into another change with Matty Longstaff taking the place of the injured Declan Gallagher.

But despite the reshuffle, which saw Brown dropping into the Dons defence, they continued to carry the biggest threat and Marley Watkins was desperately unlucky not to find the far corner with a crisp drive from just outside the box moments before the interval.

In a bid to liven up as an attacking threat, Hibs brought on Jamie Murphy for Chris Cadden at the start of the second half and then Scott Allan for Jamie Gullan on the hour mark.

Jack Ross’ team began to enjoy greater possession, although creating opportunities continued to prove a struggle against a stubborn Dons, which had kept just one clean sheet in their last 16 competitive games.

Murphy did, however, feed a delightful low cross in from the left which just eluded the outstretched Kevin Nisbet in the 67th minute and then substitute Drew Wright headed wide.

Hibs defender Darren McGregor received a second yellow card for a foul on David Bates deep in stoppage time as Aberdeen held their nerve to end their dismal run.

Aberdeen take on champions Rangers at Ibrox, while Hibs host Celtic, with both Scottish Premiership games kicking off at 7.45pm on Wednesday.