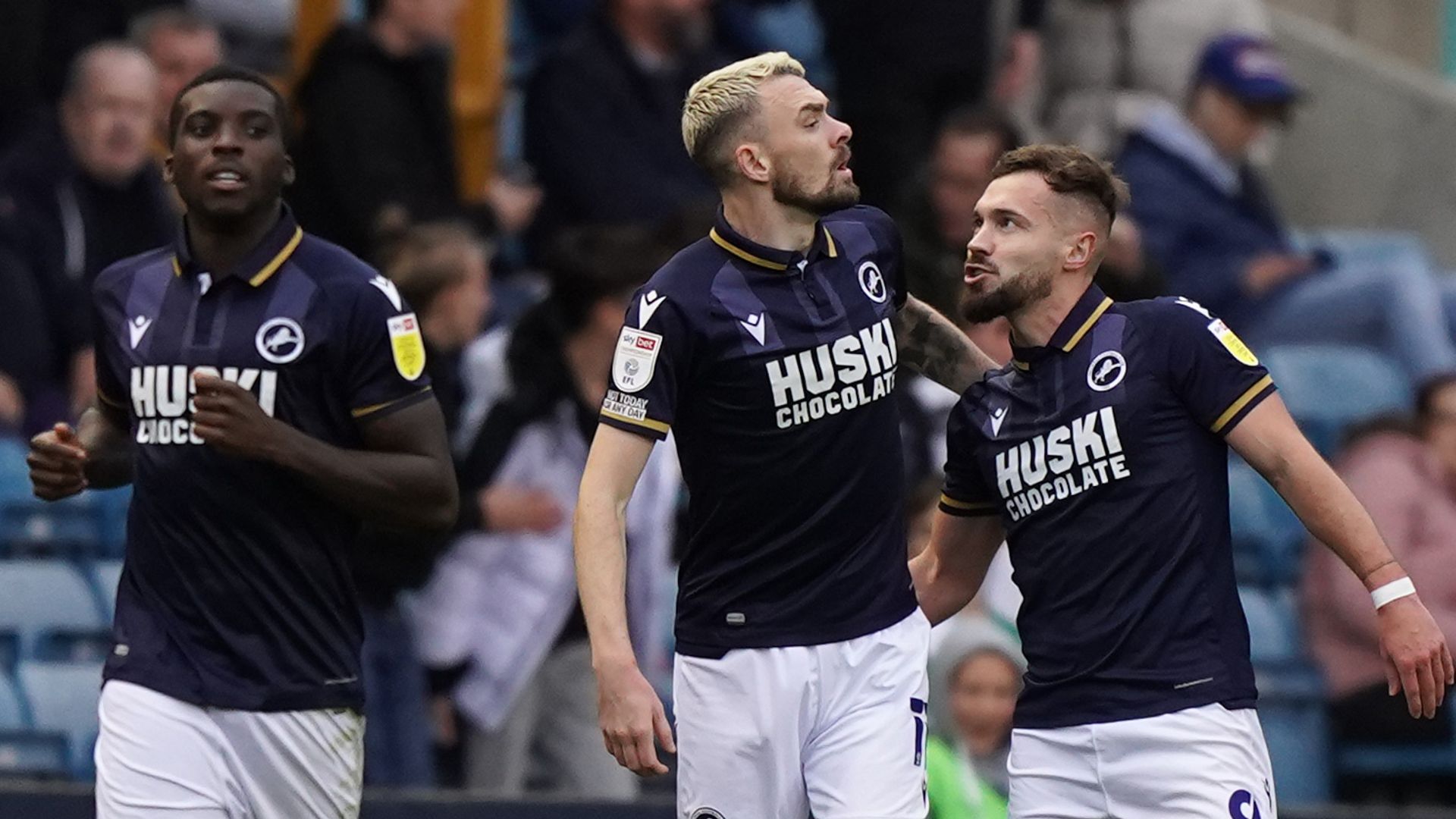 Tom Bradshaw’s second-half double saw Millwall come from behind to beat Stoke 2-1 in the Championship.

Romaine Sawyers gave the visitors a deserved lead midway through the first half with a curling finish from the edge of the area after a neat lay-off from Jacob Brown.

Millwall created few chances in the first half but pulled level shortly after the restart when Bradshaw tapped in Sheyi Ojo’s teasing ball across the face of goal.

And the striker did it again 10 minutes later with another close-range finish to give the Lions their fourth win in five games and send them into the top half of the table.

The Potters started brightly and Millwall goalkeeper Bartosz Bialkowski was forced into action after just three minutes, tipping Brown’s header around the post with a smart reaction save.

Sam Surridge thought he should have had a penalty a minute later when he went down inside the box but the referee waved play on.

However, Stoke eventually broke the deadlock after 20 minutes through Sawyers, who coolly passed the ball beyond Bialkowski after Brown diverted Josh Tymon’s cross into his path.

The hosts pressed for an equaliser before half-time and Stoke keeper Joe Bursik had to react quickly to beat Jed Wallace to a dangerous ball over the top from Billy Mitchell.

A minute later, Wallace found Ojo in a good position, but the winger dragged his shot wide.

Wallace then spurned a great chance when he was played through by Bradshaw after 41 minutes only to be denied by a superb last-ditch challenge from Harry Souttar.

The Lions left the pitch to boos at the half-time whistle but pulled level after 51 minutes when Ojo laid the ball on a plate for Bradshaw, who made no mistake to slot home from four yards out.

The equaliser sparked the game into life as both sides pressed for a winner and Stoke should have been ahead after 58 minutes when Sawyers found Brown 20 yards out, but the striker snatched at his shot.

Millwall made them pay three minutes later when Bradshaw scored an almost carbon copy of his first goal, this time turning home Ryan Leonard’s cross from inside the six-yard box.

Stoke had good reason to feel aggrieved 15 minutes from time when Scott Malone appeared to handle the ball inside the area, but the referee was unmoved.

Millwall ought to have sealed the game after 88 minutes when substitute Matt Smith ran on to Bradshaw’s through-ball only to skew his effort well wide.

But the Lions withstood late pressure to hold on to a victory which sees them draw level on points with Stoke.