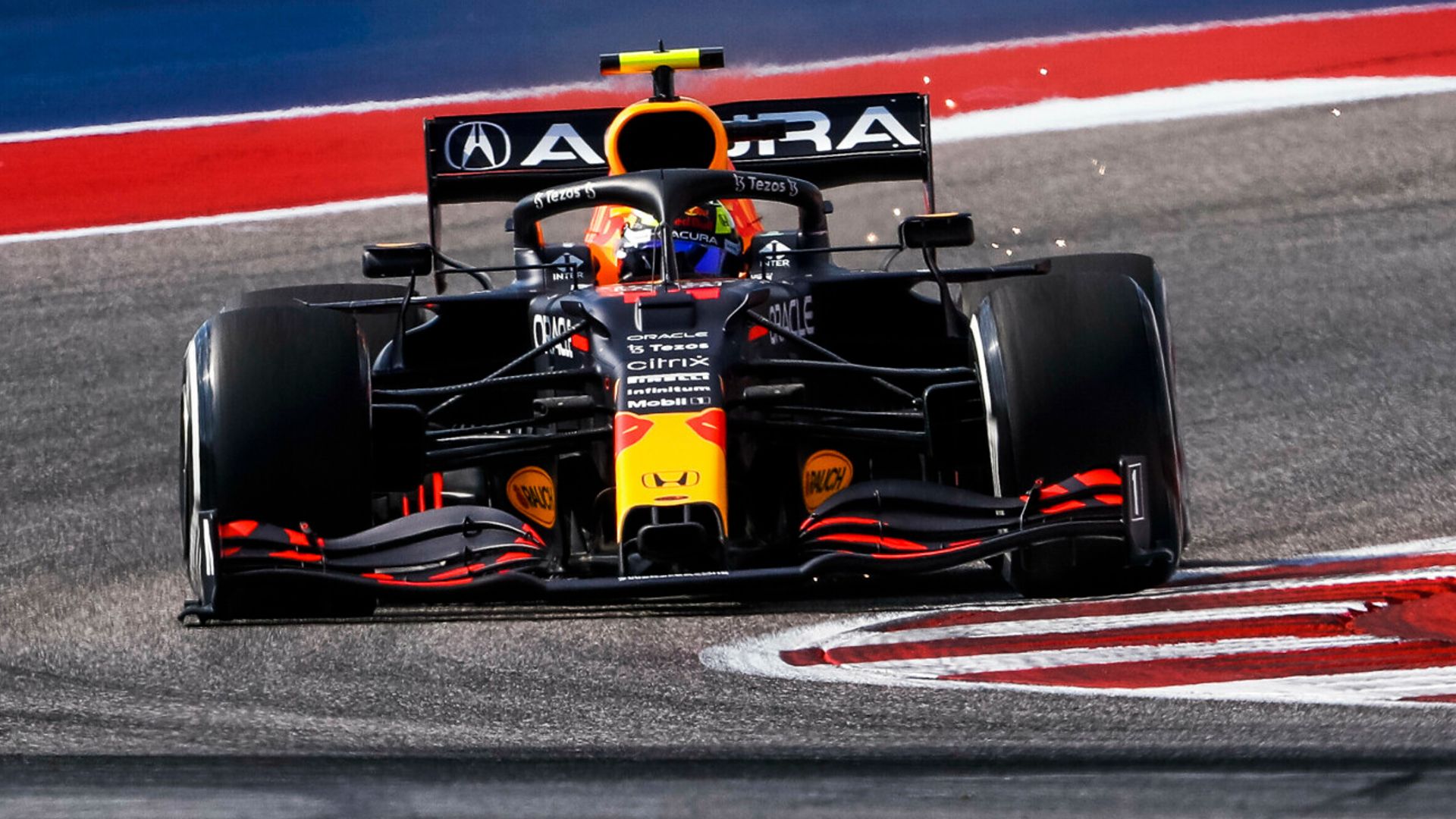 Sergio Perez topped second practice for the United States GP as Red Bull hit back at Mercedes, who surprisingly dropped off their early pace and behind McLaren’s Lando Norris at the end of an intriguing Friday.

Red Bull had been dominated by Mercedes in Austin’s first session – trailing the world champions by the best part of a second – but were much more competitive in a mixed-up P2 session as the qualifying simulations started.

It was not championship leader Max Verstappen who led Red Bull’s charge but Perez, with his 1:34.946 two tenths faster than Norris in an unexpected top two – they had placed seventh and eighth earlier in the day.

Lewis Hamilton and Valtteri Bottas were third and fourth for Mercedes, three and four tenths off the pace, although how representative those positions are is certainly up for debate.

Both Hamilton and Bottas were some way adrift of the eye-catching pace they had managed in the supposedly slower P1, while Hamilton also would have topped P2, albeit not by much, if not for exceeding track limits on his best lap.

Hamilton also had a wheel-to-wheel moment with title rival Verstappen in practice, a frustrating moment in what was a very frustrating session for the Dutchman. “Stupid idiot,” said Verstappen, who then didn’t manage to set a single quick lap on the soft tyre, aborting not one but two laps due to traffic.

Daniel Ricciardo was fifth in the other McLaren ahead of Lance Stroll and Charles Leclerc in the lead Ferrari, who still have hopes of beating McLaren this weekend despite falling behind ahead of a crucial qualifying day on Sky Sports F1.

Final practice is live at 7pm before qualifying at 10pm, with extensive Sky F1 build-up from 8.30pm.