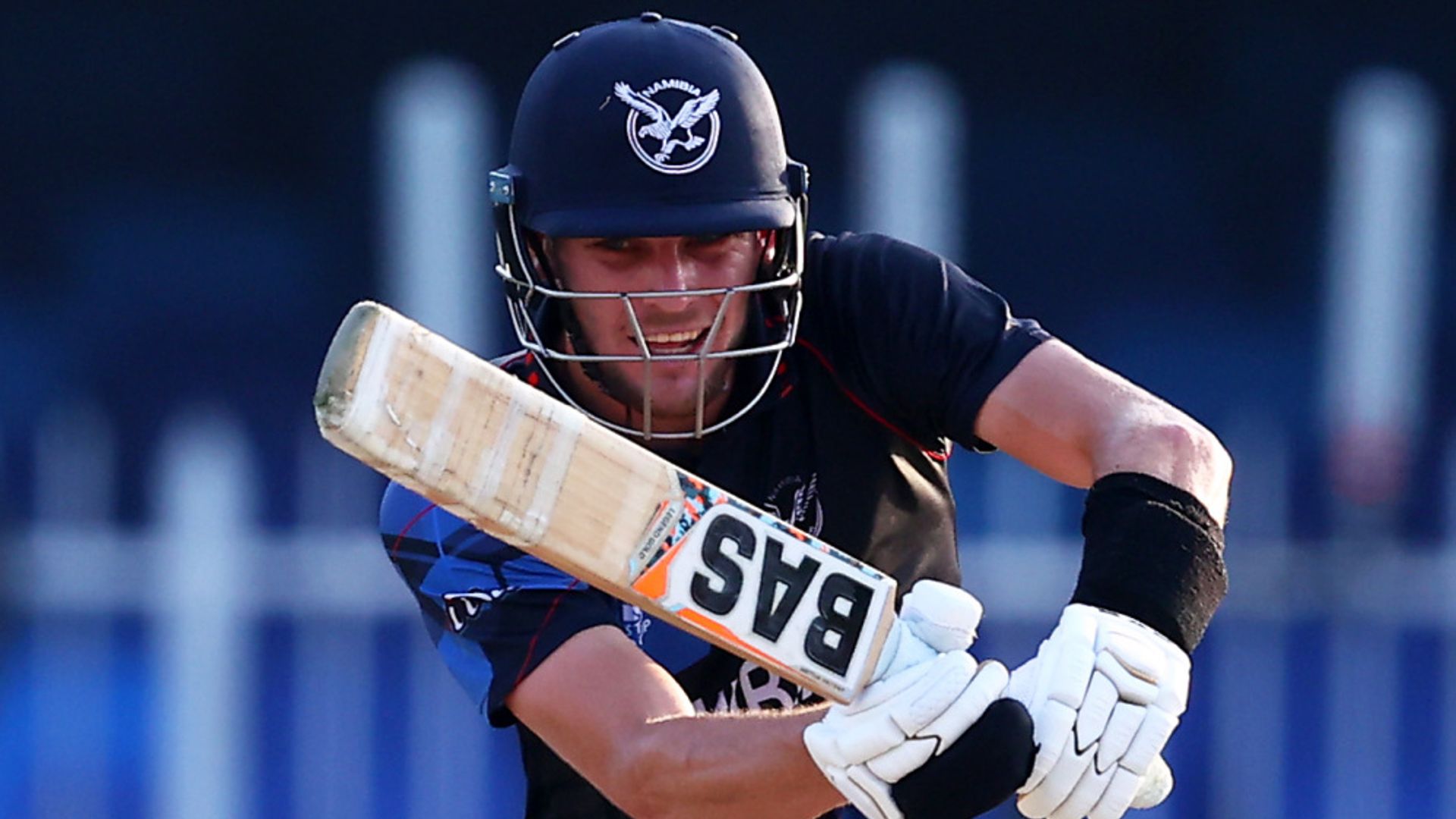 Ireland exit the competition with two defeats in three matches after posting 125-8 despite opening stand of 62 between Paul Stirling and Kevin O’Brien; Jan Frylinck takes 3-21, the best bowling figures for a Namibian bowler so far at the T20 World Cup

Captain Gerhard Erasmus struck 53no as his Namibia side made history by qualifying for the ICC T20 World Cup Super 12 stage at the first time of asking with an eight-wicket win over Ireland.

Erasmus anchored his side’s chase as they overhauled Ireland’s 125-8 with nine balls to spare, having reached his sixth T20 international half-century off 48 balls.

David Wiese admitted to being completely overwhelmed after striking the winning boundary off Craig Young – Erasmus raising both arms in the air and looking to the heavens in celebration.

Defeat ended Ireland’s participation in the tournament – a second defeat after their loss to Sri Lanka ending their hopes of qualifying for the next stage.

Watch the T20 World Cup live on Sky between now and November 14 – including England’s opening game of the tournament against West Indies on Saturday at 2.30pm on Sky Sports Cricket and Main Event.