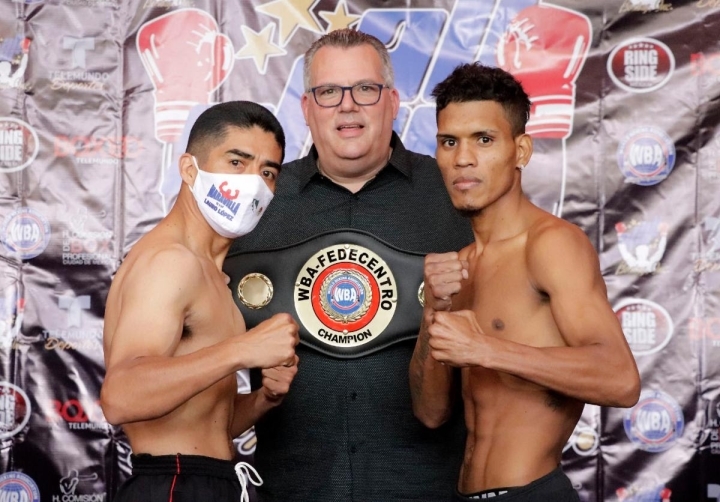 Ganigan Lopez will fight at his heaviest weight yet in hopes of spoiling the party for a rising prospect.

The former junior flyweight titlist will enter his fourth career weight division on the heels of a two-year layoff, facing Colombia’s Jose Soto. Both boxers made weight for their regional title fight, which headlines a Boxeo Telemundo telecast Friday evening at Deportiva Oceania in Lopez’s hometown of Mexico City.

Both boxers are coming off lengthy layoffs heading into their crossroads bout. Soto has fought just three rounds in the past 26 months, having last appeared in the ring in a first-round knockout of Argel Berrio last October in Galapa, Colombia.

Lopez (36-11, 19KOs) has been out since a competitive eight-round points loss to former flyweight title challenger Muhammad Waseem in November 2019, on the road in Dubai. The Mexican southpaw—who turns 40 in November—weighed 112 ¼ pounds, with Friday marking his third straight fight above junior flyweight where he enjoyed a 14-month reign as WBC champion before losing the belt to then-unbeaten Kenshiro Teraji in May 2017.

Below are the weights for the full undercard, with select bouts airing after the main event via slight tape delay.