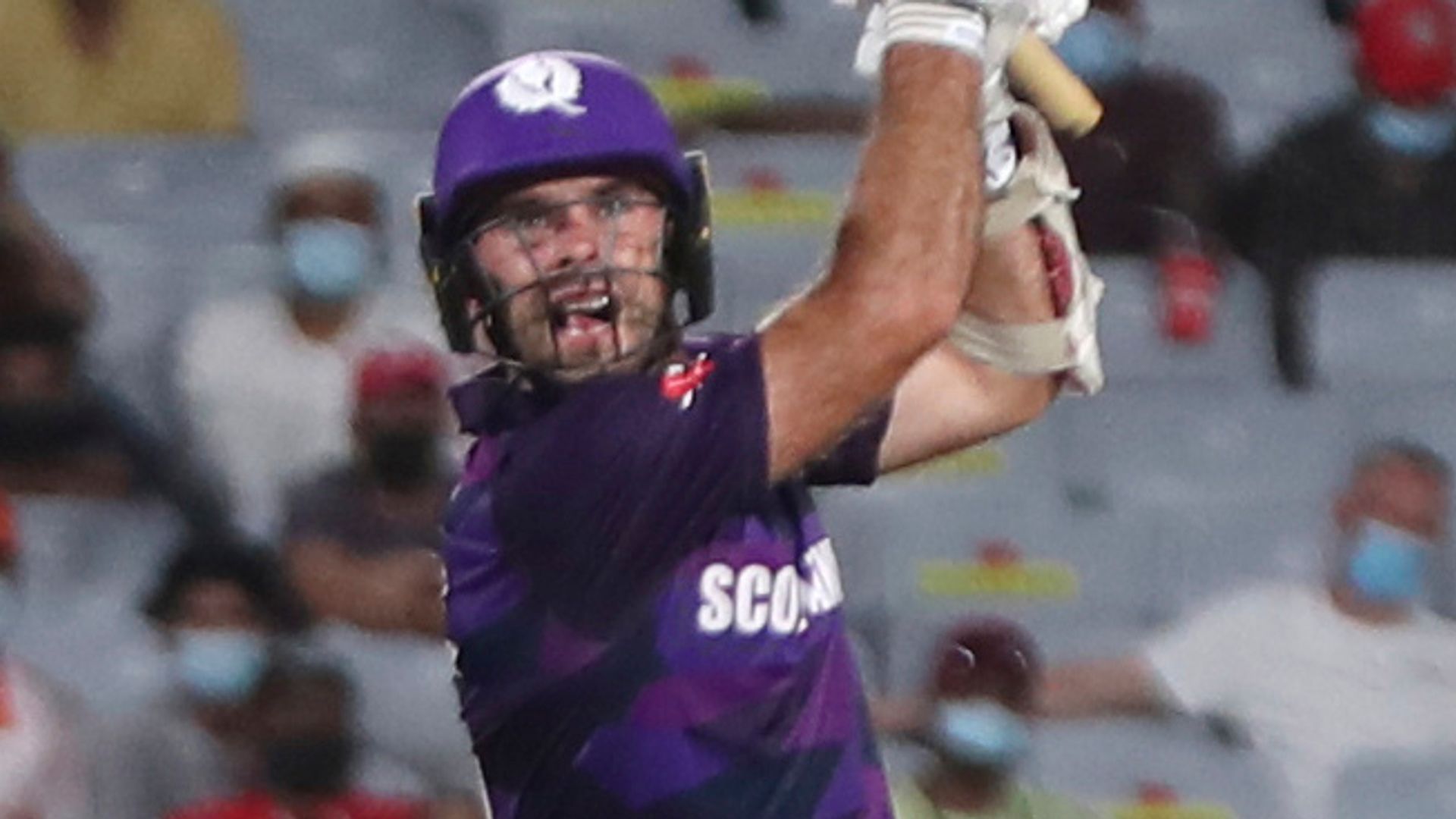 Oman bowled out for 122 in final Group B game in Muscat with Josh Davey taking 3-25; Scotland captain Kyle Coetzer then found his form with a hard-hitting 41 to set up his side’s third successive victory; watch T20 World Cup live in full on Sky Sports between now and November 14

Scotland booked their place in the T20 World Cup Super 12 stage with a comfortable eight-wicket victory over Oman.

Hosts Oman were bowled out for 122 in Muscat and Scotland eased home with three overs to spare after captain Kyle Coetzer made a timely return to form with a hard-hitting 41.

The win maintained the Scots’ 100 per cent record in the competition and ensured they topped Group B, meaning they progress into Group 2 of the Super 12s alongside Afghanistan, India, New Zealand and Pakistan.

Bangladesh, who had earlier defeated Papua New Guinea by 84 runs, finish second in the group and move into Group 1 where they will face England, Australia, South Africa and West Indies.

With Group B wrapped up, attention now turns to the final two Group A matches on Friday, with Ireland first up against Namibia (11am) with the winners guaranteed to qualify for the Super 12 stage after their earlier wins over the Netherlands and defeats to Sri Lanka.

Sri Lanka then take on the Dutch (3pm) as they look to preserve their 100 per cent record and top the group which would take them into Group 1 alongside England, South Africa, Australia, West Indies and Bangladesh.

Group 1 action then kicks off the Super 12 stage on Saturday with Australia and South Africa first up at 11am, with England then taking on defending champions West Indies (3pm) in a repeat of the 2016 final.

Watch the T20 World Cup live on Sky between now and November 14. Group A concludes on Friday with the crucial clash between Ireland and Namibia from 10.30am live on Sky Sports Cricket, followed by Sri Lanka against the Netherlands from 2.30pm.