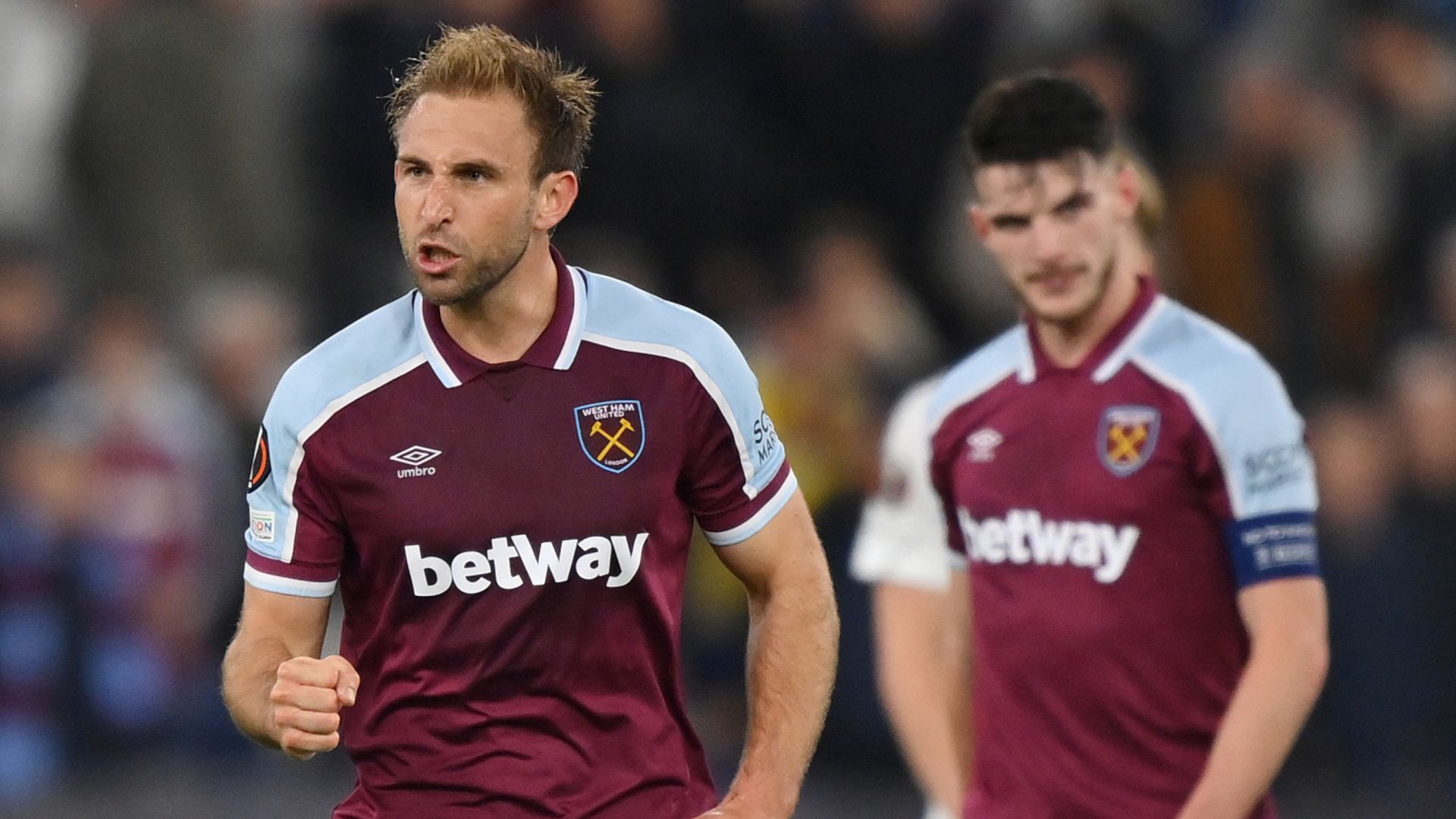 Spurs have very little in reserve

Nuno Espirito Santo was upfront and open with his decision to leave every member of his Tottenham squad who started Sunday’s win at Newcastle at home for Thursday’s trip to Vitesse in the Europa Conference League.

The Portuguese was adamant it was a risk-free decision, one which still respected the competition and would ensure Spurs remained competitive while easing the workload on their first-team regulars.

To some extent he was right. The big names of Harry Kane and Heung-Min Son were among those given the night off but Spurs still managed to field a side in the Netherlands which boasted nine international players.

The selection itself was not the issue for Nuno, however, what backfired was the disjointed performance his much-changed Tottenham side served up.

This was an opportunity for those on the fringes of Nuno’s first-choice XI – Dele Alli, Giovani Lo Celso, Harry Winks – to really give the manager food for thought over his selection ahead of Sunday’s trip to West Ham, to demand more minutes or even a start at the London Stadium.

But instead of proving a point, the senior players looked disinterested and wilted in the hostile surroundings at the GelreDome, abandoning the youthful members of the Spurs squad who were making their tentative first steps into first-team football.

Although no one would admit it publicly, upon its conception, the Europa Conference League was a competition everyone wanted to avoid. For the first time this season, the performance of Spurs’ senior players would suggest this challenge was beneath them.
Jack Wilkinson

Bar a brief flirtation with the Cup Winners’ Cup in the 1960s and 70s, West Ham’s relationship with Europe has been largely to watch other clubs travel the continent with envious eyes. No longer.

The Hammers have looked more like seasoned campaigners on the continental scene this season, adding a third win, and a third clean sheet, to their record with a 3-0 win over Genk which leaves them on the verge of the knockout stages already.

The last team to manage that feat was Sevilla in 2019/20, and they would later go on to win that season’s competition. No one would expect the same of West Ham at this stage with limited opposition in Group H, but you can only beat what’s in front of you and the Hammers have done that convincingly.

“I want to be in Europe after Christmas and we are now a couple of points away from qualifying and that will be great,” said David Moyes after the Hammers’ latest victory.

Beginning 2022 still dreaming of reaching May’s final in Hungary seems an increasing certainty for Moyes and his side.

He has to take a lot of credit for getting the balance of his squad rotation just right, keeping his team experienced enough to get the job done but introducing fresh legs to avoid a European hangover in the Premier League too.

There’s a lot to like about this West Ham team, and it’s just as well, as we may be seeing a lot more of them when the knockout stages get back underway in the new year.
Ron Walker

Rangers manager Steven Gerrard had labelled Thursday night’s clash with Brondby at Ibrox as a “must-win” encounter after his side had lost their opening two Group A fixtures, so it must have been a huge relief to him to see his Scottish Premiership champions return to the sort of form that took them into the knockout stages of last season’s Europa League.

True, Brondby hardly put up much of a test, with far sterner challenges to come after Rangers’ return meeting with the Danes at the start of November.

But after 10-man Lyon produced a stunning comeback to overturn a two-goal deficit and win 3-2 in Prague, Rangers are now just a point behind Sparta, who have to come to Glasgow in the penultimate group match.

A game-clinching, late goal against Manchester United would almost always have been enough to endear a player to a new set of supporters, but Patson Daka has much grander ideas.

Not content with having the final word in Saturday’s thrilling comeback 4-2 at the King Power Stadium, Leicester’s £23m summer signing from RB Salzburg went not one, but four better with a devastating scoring spree to ignite Leicester City’s European campaign.

The Foxes were on the ropes in Moscow, their hopes of progressing to the Europa League knockout phase hung by a thread after goals from Aleksandr Sobolev and Jordan Larsson, the son of Henrik, put Spartak 2-0 a minute before half-time.

But then Daka took matters into his own hands.

The Zambia international swept home Kelechi Iheanacho’s cutback 74 seconds after Spartak’s second to give Leicester a lifeline, one he would go on to seize for his new club in emphatic fashion after the break.

Daka needed just nine second-half minutes to turn the game around, hauling the Foxes level from another Iheanacho assist before completing his hat-trick with an instinctive finish under the goalkeeper.

The 23-year-old became the first Leicester player, and first Zambian, to score a hat-trick in a major European competition – and his exemplary display of finishing was not done there.

A clinical fourth followed 12 minutes from time as Daka’s exploits on a single, sensational night moved him joint-top of Leicester’s all-time list of scorers in Europe and gave the Foxes a fighting chance of ensuring there will be many more European nights to come this season.
Jack Wilkinson

Celtic finally up and running

Ange Postecoglou’s start to life at Celtic has been as inconsistent as it has been promising. Try as he might, however, the promising elements have come solely in domestic football, with Celtic’s latest European adventure stuttering from its chaotic conception.

Elimination to FC Midtjylland in the Champions League qualifiers was a crushing precursor to an equally abject transition back into the Europa League, with their Group G campaign opening with a 4-3 defeat at Real Betis and 4-0 loss to Bayer Leverkusen at Celtic Park.

Hungarian side Ferencvaros, the side who infamously secured a 2-1 victory to dump Neil Lennon’s Celtic out of the Champions League qualifiers last season, arrived back in Glasgow knowing a similar result would all but end the Hoops hopes of reaching the knockout phase. 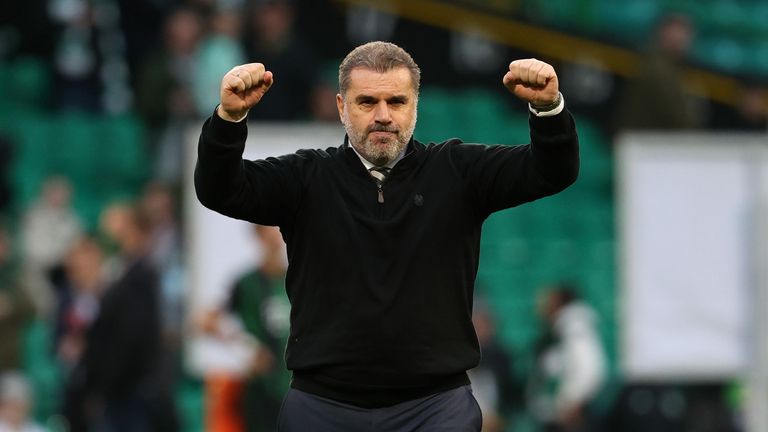 UEFA’s schedule shuffle robbed Celtic and their supporters from generating another famous European night under the lights at Parkhead but, instead, the 3.30pm kick-off provided them with the platform to cultivate a European afternoon performance like no other.

There was nothing to separate the two sides at the break as the magnitude of what was at stake looked to have overwhelmed Celtic, but a stunning second half more than dispelled any lingering nerves.

Fan-favourite Kyogo Furuhashi’s ninth goal of the season lit the green and white touchpaper before David Turnbull bundled in a game-clinching second.

On another day Celtic could, and probably should, have three or four more, but what they did get was three vital points are on the board for Celtic. Repeat that performance in the return match in Hungary on November 4, and again in the huge European nights against Betis and Leverkusen on the horizon, and a path out of the group may not seem as unlikely as it once did.
Jack Wilkinson