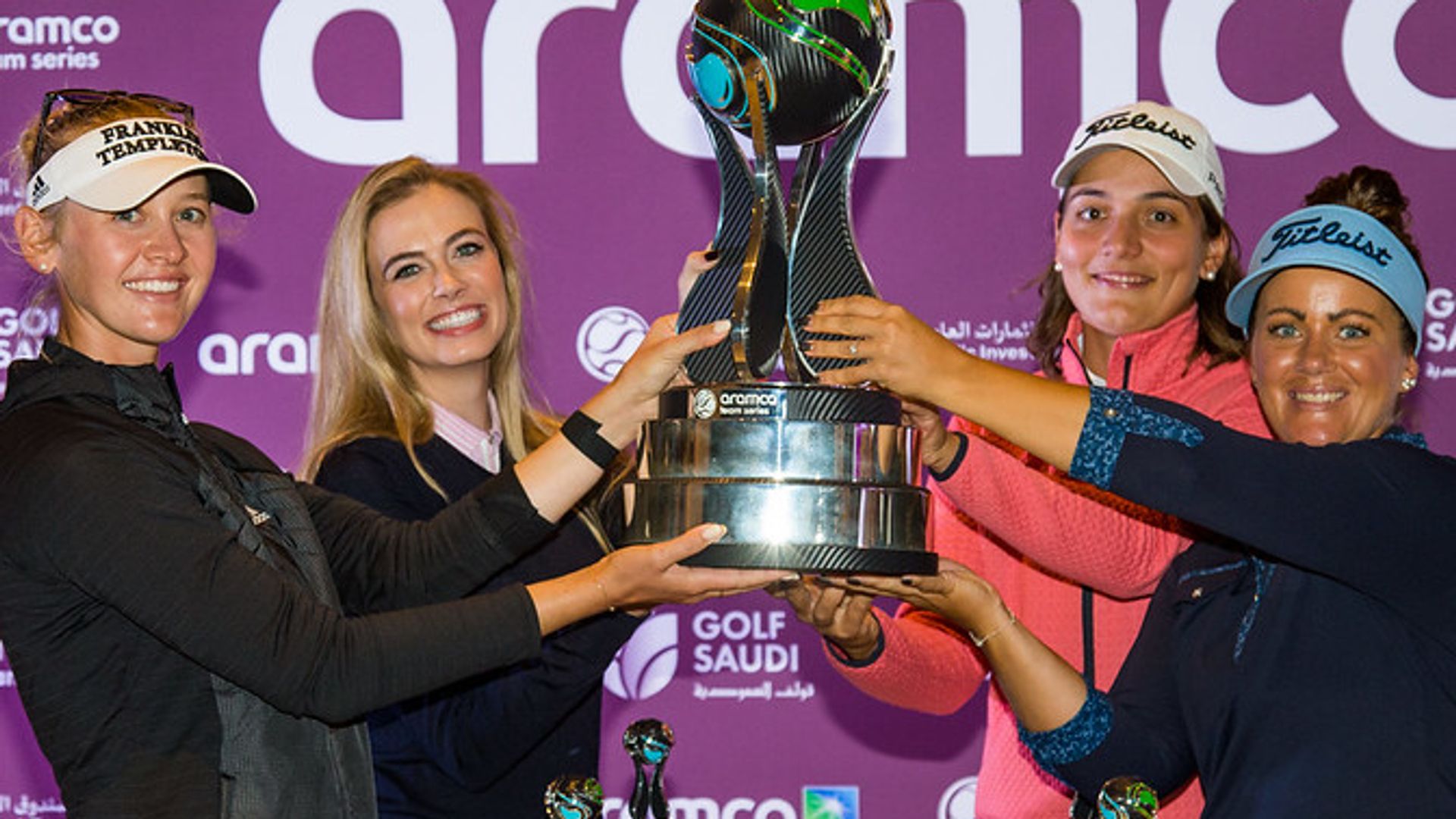 Jessica Korda beat Sophia Popov at the second playoff hole to clinch victory for her team in the Aramco Team Series – New York, with Charley Hull firing a 65 to pip Nelly Korda to the individual honours.

Jessica Korda led her team to a thrilling victory as Charley Hull clinched the individual title at the Aramco Team Series – New York.

The quartet combined for a closing round of 12 under which was matched by Team Popov, finishing the 54-hole event on 41 under and just one stroke ahead of Team Hull, who were 20 under par for their final round.

Korda’s team were lagging behind until they picked up seven shots in a dramatic four-hole burst from the 13th, while Hayley Davis made a crucial birdie at the last which ensured Team Popov a place in the playoff.

Popov was unable to convert an excellent tee shot as she took on Korda at the 17th, and the American made her pay at the second time of asking.

“This is such an individual sport and the fact you’re able to win as a team is so cool,” said Korda. “It was a great experience and we had so much fun, being able to pick a player and then we have great additions.

“Today we really came together, and it was one of our best days. The front nine was tough but the last six holes were great.”

Hull’s team just missed out on extra holes, but the Solheim Cup star was delighted to storm to victory in the individual competition after firing a superb bogey-free 65 to finish one shot ahead of world No 1 Nelly Korda.

“I was playing well the first couple of days, but today I really got it going,” said Hull. “It was tricky conditions out there, so that is probably one of the best rounds I have played ever. I was very proud of myself and to finish with a birdie, I’m very happy.

“My last win was back in 2019, so it’s good to get a win and coming towards the end of the season I hope to finish on a high.”