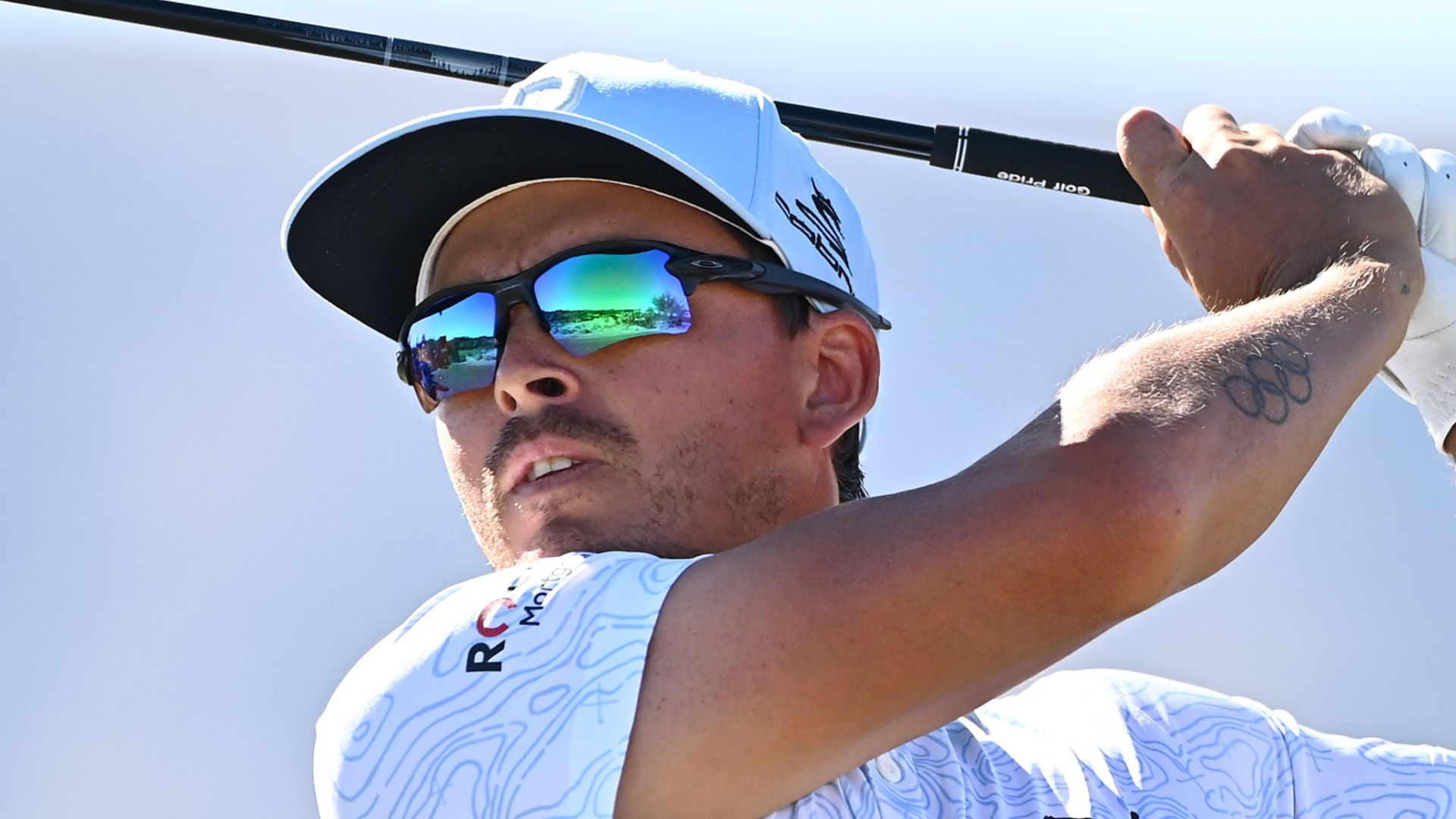 Long-time rivals Rickie Fowler and Rory McIlroy are looking forward to a Sunday showdown at The CJ Cup in Las Vegas. Fowler’s 63 earned him a two-shot lead over McIlroy, whose 62 was his best score for over two years

Rickie Fowler and Rory McIlroy lit up the third day of The CJ Cup and set up an enticing final-round showdown in Las Vegas.

McIlroy posted his best score since 2019 when he rolled in a 20-foot putt for eagle at the last for a 10-under 62 which earned him the clubhouse lead on 19 under, but he ended the day two off the lead when Fowler roared in with a 63.

Fowler arrived at The Summit Club ranked 128th in the world after back-to-back missed cuts, and his tie for eighth at the PGA Championship represents his only top-10 finish of the year.

But the hugely-popular 32-year-old launched himself into prime position to collect a sixth PGA Tour title with a sublime performance, carding nine birdies to edge ahead of long-time rival McIlroy at the top of the leaderboard.

“It’s just been a long time coming,” said Fowler, without a victory since the Phoenix Open 33 months ago. “I haven’t been in this position a whole lot in the last couple years.

“So to feel the emotions again on the back nine being around, and then in the lead, dealing with that again and making sure that I was going through the right process and committing to what I was ultimately trying to do, it was great to see that I was still executing and hitting the shots that I wanted to.

“It was just a solid round of golf today. I started with two solid rounds the first two days, so three days are done. I can’t do anything about that, it’s 18 holes of golf tomorrow and a whole new day.”

Fowler will be relishing the prospect of going head-to-head with a similarly-resurgent McIlroy, who warmed his putter with an eight-footer to save par at the second before holing from a variety of ranges as he birdied six of the next seven holes.

McIlroy found birdies harder to come by after the turn, although he did pick up further shots at 12 and 14 before two meaty blows found the heart of the green at the par-five last, and the putt for a closing three was never in doubt.

“I guess I birdied the holes that I should birdie on the back nine, and the eagle on the last was a little bit of a bonus,” said McIlroy, who has kept a bogey-free card for his last two rounds. “After the front nine, I did what I needed to do on the back nine. I probably felt like I left a couple out there, but I’m not going to complain.

“On a course like this you’re going to have stretches where you’re going to play good golf and hit good shots and maybe just not hole the putts. I played an eight-hole stretch yesterday in even par, I made eight pars in row, and it was nice to finish with a birdie last night.

“Then today I played a stretch of golf, played nine holes in six under and all of a sudden you feel a little better about yourself. The big thing is I’ve played the last two days keeping it in the short stuff and I haven’t made any bogeys. That’s huge.

“I can’t remember the last time I played a round of golf without a bogey and now I’ve played two rounds in a row, so that’s nice to see.”

McIlroy was also pleased that the work he has been putting in on the mental aspect of his game is reaping rewards, and he will be brimming with confidence when he locks horns with Fowler on Sunday.

“It’s an exciting day ahead for me,” he added. “I’m working on a few things in my game not necessarily swing related, but more mental stuff, routine, visualisation, things that I’ve done pretty well this week for three days.

“But it’s exciting to try to do those things when you’re under a little more pressure tomorrow and you’re trying to win a golf tournament. So I’m excited to see how that goes.”

Fowler and McIlroy will be joined in Sunday’s final group by Abraham Ancer, who enjoyed the shot of the week on Friday when he made a stunning albatross at the long 14th but had to settle for “just” an eagle a day later after drilling another classy second to six feet.

Tyrrell Hatton began the back nine with bogeys at 10 and 11 before reviving his challenge with birdies at the 14th and 15th and he also produced a high-quality finish, hammering a 258-yard second to five feet and knocking in the putt for eagle and a 67.

His three at the last lifted him to 17 under along with halfway leader Keith Mitchell, who plummeted down the leaderboard with consecutive double-bogey sixes just before the turn as he stumbled to a disappointing 73.