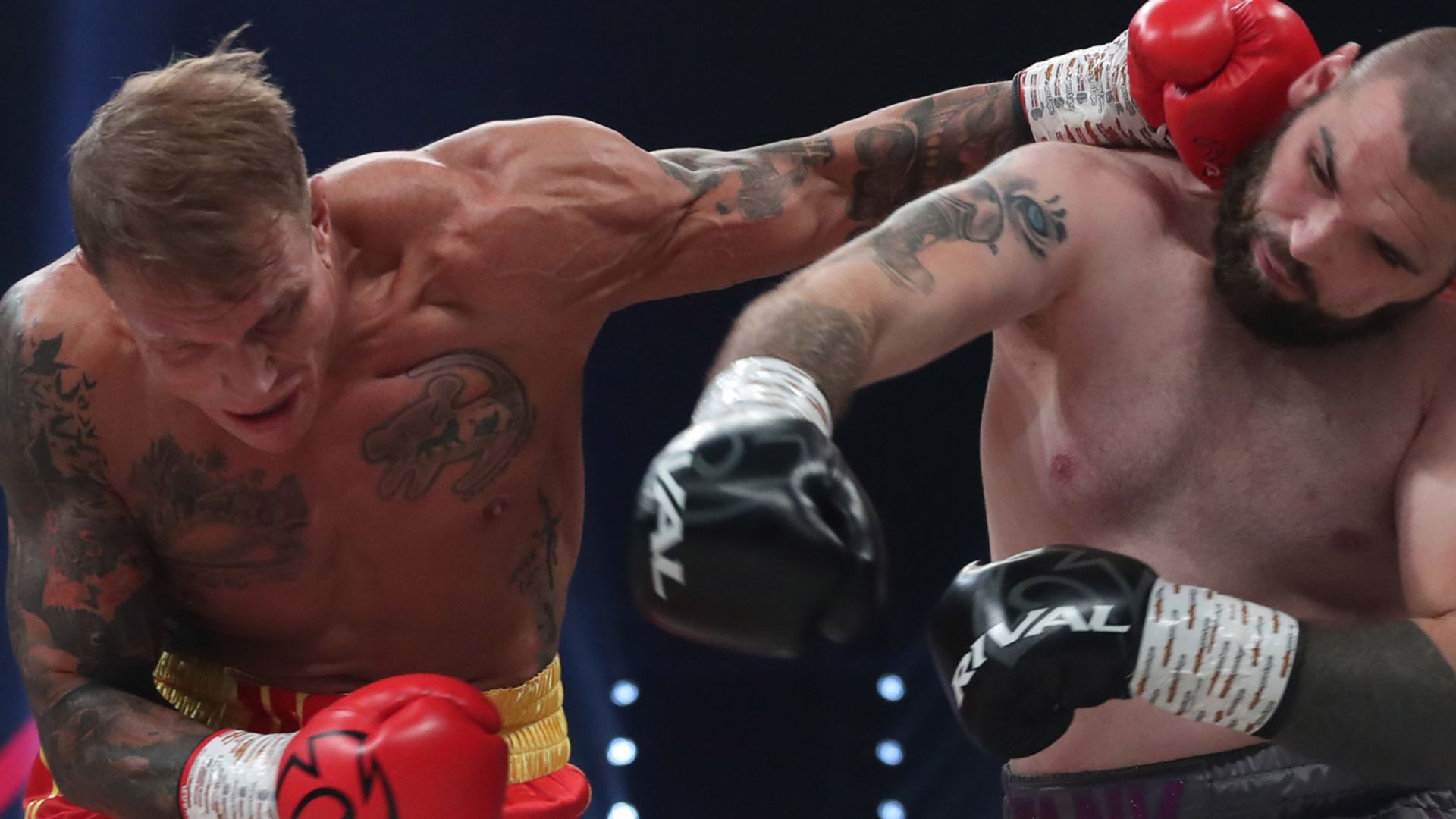 Steve Robinson flattened Reece Barlow in the first round of their heavyweight fight on Saturday in Newcastle.

The local prospect made the crowd roar with delight from the moment he made his ring-walk to ‘The Lion King’ theme music to his post-KO celebration.

Robinson came out from the first bell swinging enormous hooks which were whistling precariously close to Barlow’s head.

The heavyweight nicknamed ‘USSR’ due to his likeness to Rocky character Ivan Drago, who is also covered in Disney tattoos, was forced to ship a right hand from Barlow but exploded immediately after.

His own right hand crashed Barlow to the floor, and the referee ended the fight quickly, letting Robinson celebrate wildly and extend his unbeaten record to four fights.

Robinson said about his hilarious entrance music: “It’s one of my favourites. Listen to the lyrics – ‘I’m going to be a mighty king so enemies beware.'”