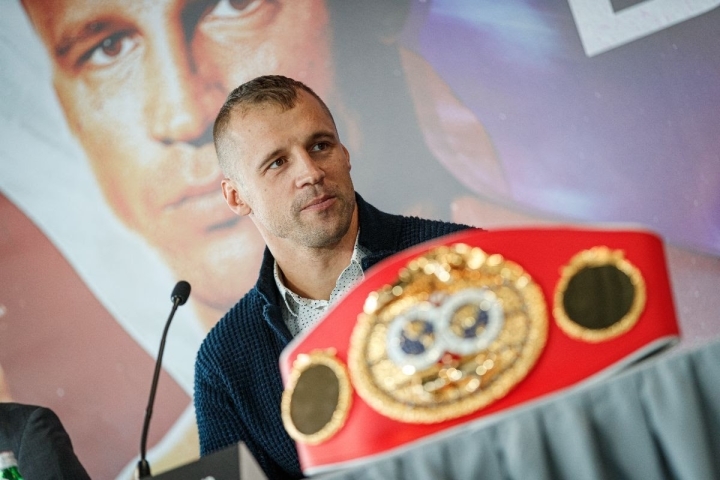 It could easily have been his era at cruiserweight.

Lineal and IBF cruiserweight titlist Mairis Briedis (27-1, 19 KO) has to think that to himself. What competitor wouldn’t? A semi-finalist in the first World Boxing Super Series tournament in the division, and the victor in the sequel, the difference between Briedis and the lone man to conquer him is about as narrow as it could be.

On two of the judge’s scorecards, that was all that separated Oleksandr Usyk and Briedis in their outstanding cruiserweight unification tilt. It’s a performance that only looks better now. Usyk dominated the finals of the tournament to complete a four-belt unification with a masterful performance against Murat Gassiev. Usyk’s encore was a knockout of Tony Bellew to complete a veritable clean out at 200 lbs.

We all know where Usyk has gone from there.

After last Saturday, Usyk versus Tyson Fury is the path to undisputed.

Briedis has carried on at cruiserweight and elevated his personal esteem. His knockout win of Krzysztof Glowacki risked disqualification but had the look of a blitz even before Briedis scored a knockdown after the bell to create some chaos. Briedis faced the other semi-finalist of the first tournament, Yuniel Dorticos, last September. It was every bit the masterclass Usyk posted against Gassiev.

Following the win, Briedis made some public hints about a move to heavyweight. He’s not going yet. This Saturday, Latvia’s Briedis defends his crown against Germany’s Artur Mann  (17-1, 9 KO). It’s Mann’s first fight since June 2020 and he enters off two straight wins since a knockout loss to Kevin Lerena.

Mann is the underdog. He should be.

Assuming Briedis wins again this weekend, the choice will be there again. Does he remain at cruiserweight or tempt the flagship?

After watching Usyk defeat Anthony Joshua in decisive fashion, one wonders if the temptation has grown stronger. Usyk has flirted with heavyweight before, stopping former title challenger Manuel Charr in five rounds in 2015. That was one round longer than needed by Vitali Klitschko and two fewer than Alexander Povetkin.

Charr isn’t much of a gauge of how Briedis would fare but Usyk’s ability to win three of the major sanctioning body titles might be. Of the six men who have lasted the distance with Usyk, Briedis is the only one to battle to even, if only on a single scorecard. As arguably the second best cruiserweight of one of the division’s best eras, it would be fun to see what Briedis could do.

At the least, Briedis adds depth at heavyweight. The question really isn’t can he compete but whether he has the time to make a real run. The clock isn’t in Briedis’ favor. He will enter the fight with Mann already 36 with his next birthday coming in January. A unification fight with someone like Lawrence Okolie could sell some tickets overseas and be intriguing.

It’s still not heavyweight. Briedis has to make a decision sooner than later about a move. Then we can all see whether he waited too late regardless.

There are a handful of boxing followers out there willing to debate whether Tyson Fury’s seventh defense of the lineal crown, a trilogy knockout of Deontay Wilder, was truly a great fight.

Let’s keep this simple. If anyone thinks what they saw last Saturday wasn’t a classic, they’re wrong.

Yes, beauty is in the eye of the beholder and these things can be subjective.

Two bitter rivals traded knockdowns like George Foreman and Ron Lyle with history’s crown on the line. The defeated fought until everything he had left was battered out of him while the victor again showed how much there is inside him. It’s the sort of fight anyone who saw it will still be talking about decades from now and the sort of fight that will continue to find a fresh audience in new generations.

Debate the technical points, the lopsided second half in terms of rounds scoring…go ahead. It doesn’t matter. Some fights emerge as benchmark wars for their time and at heavyweight have always carried extra meaning. They are fights that lose the first names of the competitors and simply become adjectives for battle.

It belongs. It is the premier heavyweight fight of its time. It doesn’t have to be better than any of those other scraps to earn its place among them. Last Saturday, the heavyweight pantheon got a new entrant. It was edge of the seat drama until the final punch landed and we were all lucky to see it.

If that’s not great, nothing is.