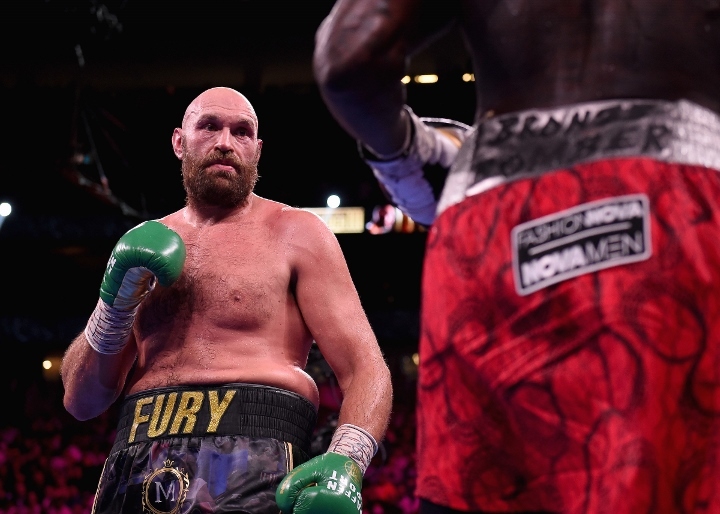 In the aftermath of Tyson Fury’s win over Deontay Wilder, someone who should know better got up at the post-fight press conference and asked Fury where he would rate himself against the greatest heavyweights of all time. For a moment, Fury contemplated a moment of rare modesty, paying tribute to names from John L Sullivan to Anthony Joshua, before concluding that he would beat them all.

And why not, eh? He’s entitled to his view as anyone else.

Over the past few days there has been a rush to define Fury in both pound-for-pound and historical terms. Is he the best British heavyweight of all time, better than Lennox Lewis? Well, surely, then he must be the best of this era? How long is an era these days? Is it more than a couple of months?

The problem is, all these lists are meaningless, whether they are written by The Ring or @boxingfan7829875729. Pound-for-pound, all-time top tens, 20 greatest punchers – they might by fun to discuss round the table in a pub or bar, but their value is zero. All that matters in boxing, is what happens in the ring, the rest is just opinions, prejudiced by time, favoritism, popularity, gaps in knowledge and whatever is flavor of the month.

Believe it or not, your “definitive” pound-for-pound list that so much time was spent over before it was released to the world via Twitter has as much value as someone else’s “top ten cheeses” list (side note: Gruyere is pound-for-pound No 1, obviously).

Yet people get so worked up about them. Should Errol Spence by at 6 or 7? Why is Errol Spence in there anyway? Does that Logan Paul fight mean I can still include Floyd Mayweather? It is as if winning a fan poll is a substitute for competing in the ring.

Positions are so entrenched. Disagree and you will be told you “know nothing“, or are a “(insert boxer name) fanboy”. And let’s face it, the only thing worse than people who try to impose their views on you is those who don’t understand the difference between fact and opinion (Handy tool: Fury beat Wilder (fact), Fury will beat Usyk or Joshua (opinion)).

The suggestion has been made that after beating Wilder, Fury has “no more to prove”.

Hang on, this is a boxer who has competed in four world heavyweight title fights, three of them against the same opponent. Four world title fights is fewer than Rocky Marciano, Ezzard Charles, Jersey Joe Walcott, Mike Weaver and Herbie Hide. And how could he have “no more to prove” when there is another unbeaten world champion in the very same division as him?

What we do know about Fury is that he is the undisputed world heavyweight champion of Deontay Wilder. The rest, like it or not, is opinion.

This is not to do down Fury, or his achievements, but in reality, how can you compare him to Holmes, or Marciano, or Dempsey? When Floyd Patterson became the youngest world heavyweight champion in history, there will have been people who said he was better than Joe Louis, others would have called is sacrilege.

I’ve done a fair few lists of my own in the past, most under duress, some as an excuse for writing about the history of the sport. It is fun reminding yourself of this sport’s past, but don’t pretend to know the answers. Whether you believe Eder Jofre, or Jeff Chandler, or Panama Al Brown, or Naoya Inoue is the best bantamweight of all time, whether Sugar Ray Robinson, Harry Greb, Carlos Monzon or Marvin Hagler is the best middleweight, the important point is to make time to remember what they did – because they are all great.

I feel pretty similar to the Hall of Fame. It’s fantastic to have a place like the Hall of Fame, but how many of the people voting ever saw Sot Chitalada or Santos Laciar or Gianfranco Rosi box?

Don’t try and send Fury off into retirement. Who wouldn’t want to see Fury face Usyk, or Joshua or Dillian Whyte or, eventually, Bakhodir Jalolov? Want a great era of heavyweights? We need Fury in it. Enjoy the fighters we have now and show them a bit of respect.