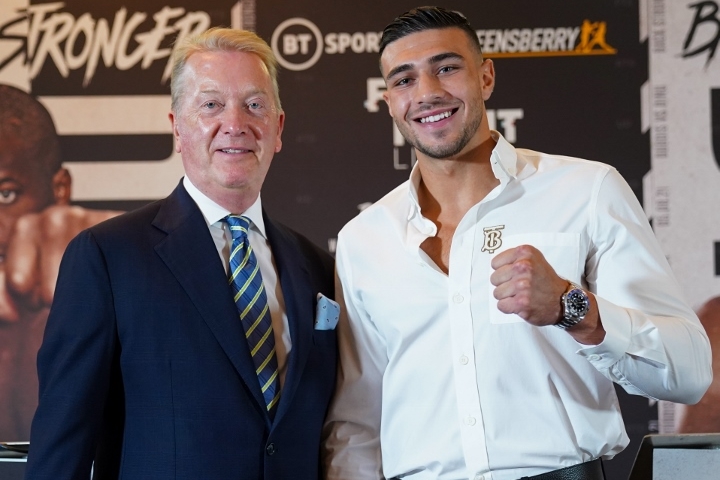 Paul has made a few offers to secure Fury, the younger brother of WBC heavyweight champion Tyson Fury.

Fury rejected an offer of $1 million for the fight – stating that it wasn’t enough.

“That is true, as those offers weren’t even worth addressing, and now he has come out and said that he wants to give me a $1 million to fight him and I just want to say this,” Fury said.

“To everybody out there, $1 million for a fight of this magnitude is not even worth getting out of bed for, this fight is going to gross millions and millions of pounds.

“I cannot walk down the street without anybody asking me when are you fighting Jake Paul, so until you want to make a serious offer and put it on the table, we can’t think about fighting pal.”

The two sides have continued to talk – with a deal nearing completion, says Warren.

The veteran promoter is hoping the contest will be staged by the end of the year.

“At the moment we’re working through the terms, we’re quite close and I’m hoping we can get it over the line. It’s a great fight for Tommy. It’s a very lucrative fight for him. Financially how can you not turn that down,” Warren said.

“I think he wins it. It’s captured everyone’s imagination, it’s all they were talking about out in the States. Hopefully we’ll finish it off this week and we can move forward. It’ll be in late November, December.”