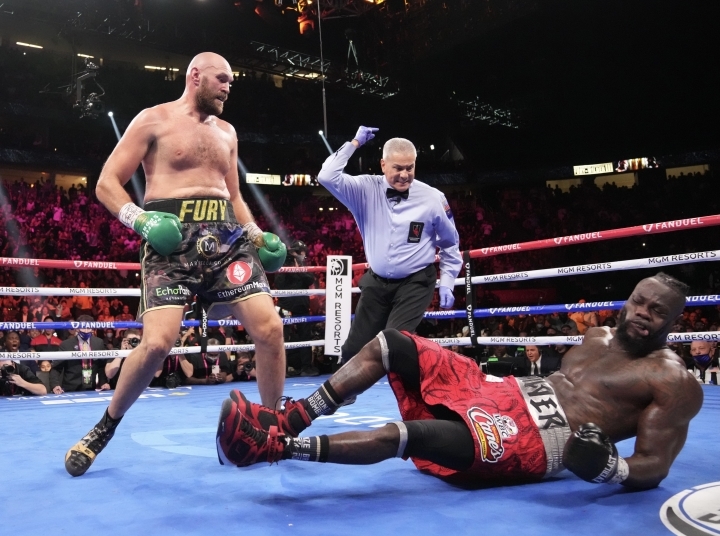 At the T-Mobile Arena in Las Vegas, Fury overcame two knockdowns to knock Wilder out in the eleventh round of their trilogy fight.

Davison was the head trainer of Fury for his first bout with Fury, which ended in a controversial twelve round split draw in December 2018.

In early 2020, Fury decided to part ways with Davison and hired current trainer SugarHill Steward. Fury would go on to dominate and stop Wilder in the seventh round of their rematch from last February.

Davison was impressed with Fury’s ability to switch things up in the trilogy encounter.

“I don’t think fundamentally and tactically it was the best performance from Tyson. However, in terms of character, determination, mental fortitude all these kinds of things it was a top top performance,” Davison told IFL TV.

“Everybody knows he’s got that in him he’s showed that time and time again. That’s why he’s still undefeated. He’s so versatile, he made adjustments throughout the fight, remained up tall.

“He was getting clipped on the end of right hands but started getting underneath the right hands which allowed him to get close then fight inside of Deontay Wilder where he was dominating.”