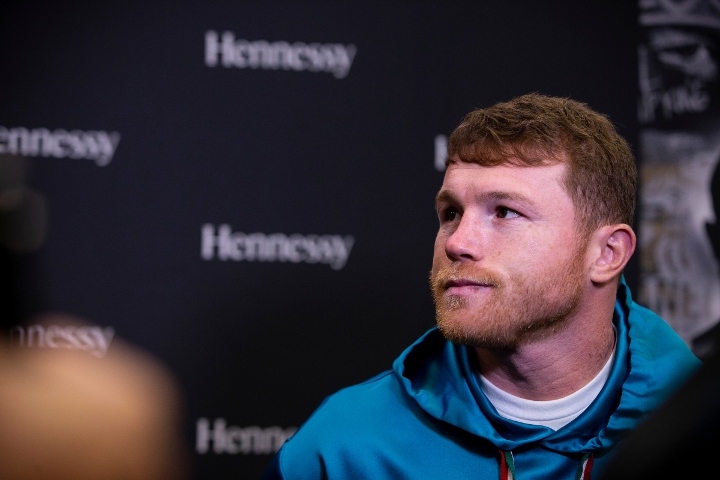 Canelo Alvarez seems to have found peace at the business end of his career.

A longtime client of Oscar De La Hoya’s Golden Boy Promotions, Alvarez, the WBC/WBO/WBA 168-pound champion, famously parted ways with the company last year. Since then, he has been a free agent, a status that has allowed him most recently to strike a deal for his next fight under the banner of Golden Boy’s arch-rival, Al Haymon’s Premier Boxing Champions.

Alvarez agreed to face Caleb Plant, the IBF 168-pound titleholder, for the undisputed super middleweight title on Nov. 6 in Las Vegas in a PBC presentation of a Showtime Pay-Per-View card.

“I talked with him the other day on the phone,” Alvarez said of Haymon in a recent interview with FightHype.com at Alvarez’s gym in San Diego. “He’s happy to work with me. And I’m happy, too, because I like this kind of relationship.

“It makes me happy because I can do the fights that the fans want. I’m good with everyone, having a relationship with everybody. That’s the best thing in life.”

That was not the case for Alvarez a year ago, when he was in the throes of a legal battle with Golden Boy. The two sides eventually settled, with Alvarez gaining his promotional freedom. Immediately afterward he linked up with promoter Eddie Hearn on a two-fight deal that has since expired.

Alvarez, of course, has presumably worked with Haymon in the past, given that he has gone up against Haymon clients in Floyd Mayweather Jr., Austin Trout, and Erislandy Lara, to name a few.

The fight against Plant (21-0, 12 KOs) also marks Alvarez’s return to Showtime for the first time in seven years. At the time, in 2014, Alvarez was with Showtime when the now-defunct media rival HBO whisked him away with an exclusive contract.

Alvarez, 31, also touched on his priorities during negotiations for his fights.

“I think when you negotiate something you have to do the right thing for you, right?” Alvarez said. “Everybody [does]. The other [side] does the best thing for them. So, I just try to bring the best things for me. Money, everything, because I’m at the point when I can do anything.”

“I always bring my best,” he continued. “I’m gonna bring my best to beat Caleb Plant. You will see. I always do something different because the styles and opponent are different, so I need to do different things.”