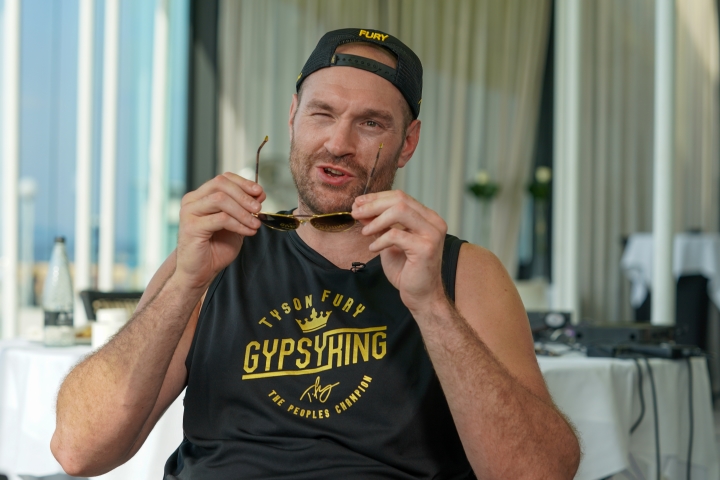 Fury is currently preparing for a trilogy fight with Deontay Wilder, which is scheduled for October 9th at the T-Mobile Arena in Las Vegas.

Joshua is nearing his own ring assignment. He will face mandatory challenger Oleksandr Usyk on September 25 at Tottenham Hotspur Stadium.

When it comes to Joshua’s record, Fury is not the least bit concerned.

He feels that Joshua’s record is filled up with fighters who were past their best days.

“Anthony Joshua’s fought not one heavyweight in his prime. They’re all former good men, back in the early 2000s, late 2000s, but not in 2020-odd. They were good men 10 years ago,” Fury said to Gary Neville on The Overlap.

Fury believes a fight with Joshua will eventually happen at some point – provided they win their upcoming fights.

They were close to a finalized deal to unify their titles on a date in August in Saudi Arabia. Their discussions fell apart when an arbitrator ordered Fury to honor an immediate rematch clause due to Wilder.

As long as Joshua is on board with the match, Fury expects the contest to come off in 2022.

“I do think that the best boxers do fight each other eventually, but it’s not gonna happen when everyone calls for it. It only happens when, say, one boxer’s on the slide and one’s in his prime. Then you get them wanting to fight each other,” Fury said.

“But you very rarely get two prime fighters fight each other. Because one of them is always a bit wary that they’re gonna lose.”