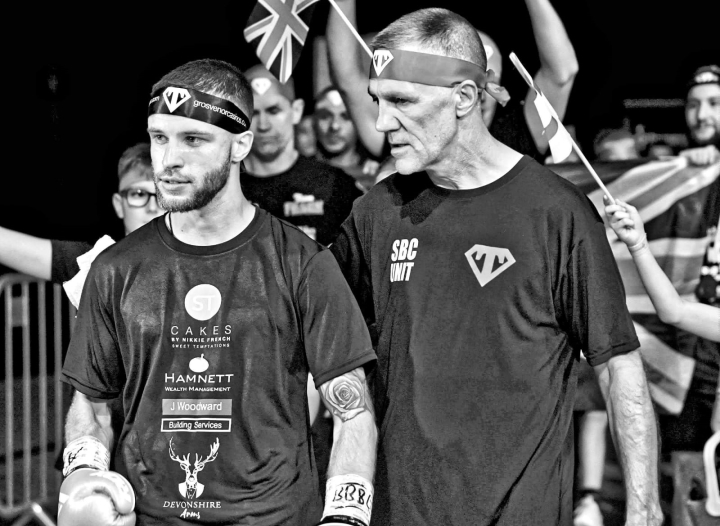 It will be a big rebuilding job for Tommy Frank if he doesn’t take his British Flyweight Title opportunity against Matt Windle this Saturday (September 18) in his home city’s Ponds Forge Arena, says promoter and manager Dennis Hobson.

Frank and Windle will contest the vacant belt on a great night of boxing that will also see Rotherham’s Kash Ali making the first defence of his IBF European Heavyweight crown against German Roman Gorst – with all the action broadcast by Fightzone.

‘Super’ Tommy has previously held the Commonwealth Super Flyweight strap but the wheels have come off his career recently with consecutive defeats to Mexico’s Hugo Guarneros in December 2020 (injury retirement) and June this year (split decision loss).

Birmingham’s Windle – meanwhile – is on the crest of a wave after earning plaudits for his ‘Fight of the Year’ battle with unbeaten Scottish prospect Neil McCubbin in June. Windle, 6-3-1, had McCubbin down with a perfect body shot before coming out on top in a ferocious toe-to-toe 12-rounder.

Ahead of the pivotal contest, Hobson says the odds are in Tommy’s favour but the future is uncertain if the 28-year-old doesn’t come out on top.

“If he lost three on the trot then he’d have to really rebuild, go back to six and eight rounders, and maybe have a good look at himself to see where it’s going wrong.

“In boxing you’re sometimes just one fight away from obscurity or making a name for yourself – that’s the game we’re in. If Tommy wins then he’ll have a British Title around his waist and the two losses against the Mexican will be in the past and forgotten about. It can go both ways, and that’s boxing.

“There’s a fine line between success and failure, and it’s about how positive he can be in this fight. If he doesn’t turn up on the night then Matt will take the opportunity with both arms but if anyone’s the favourite, then it’s Tommy because he’s slightly bigger and has fought in better company.  On form though it’s all with Matt.

“It’s a proper great match up; a storming fight that would do any channel justice and we’ve got it on Fightzone.”