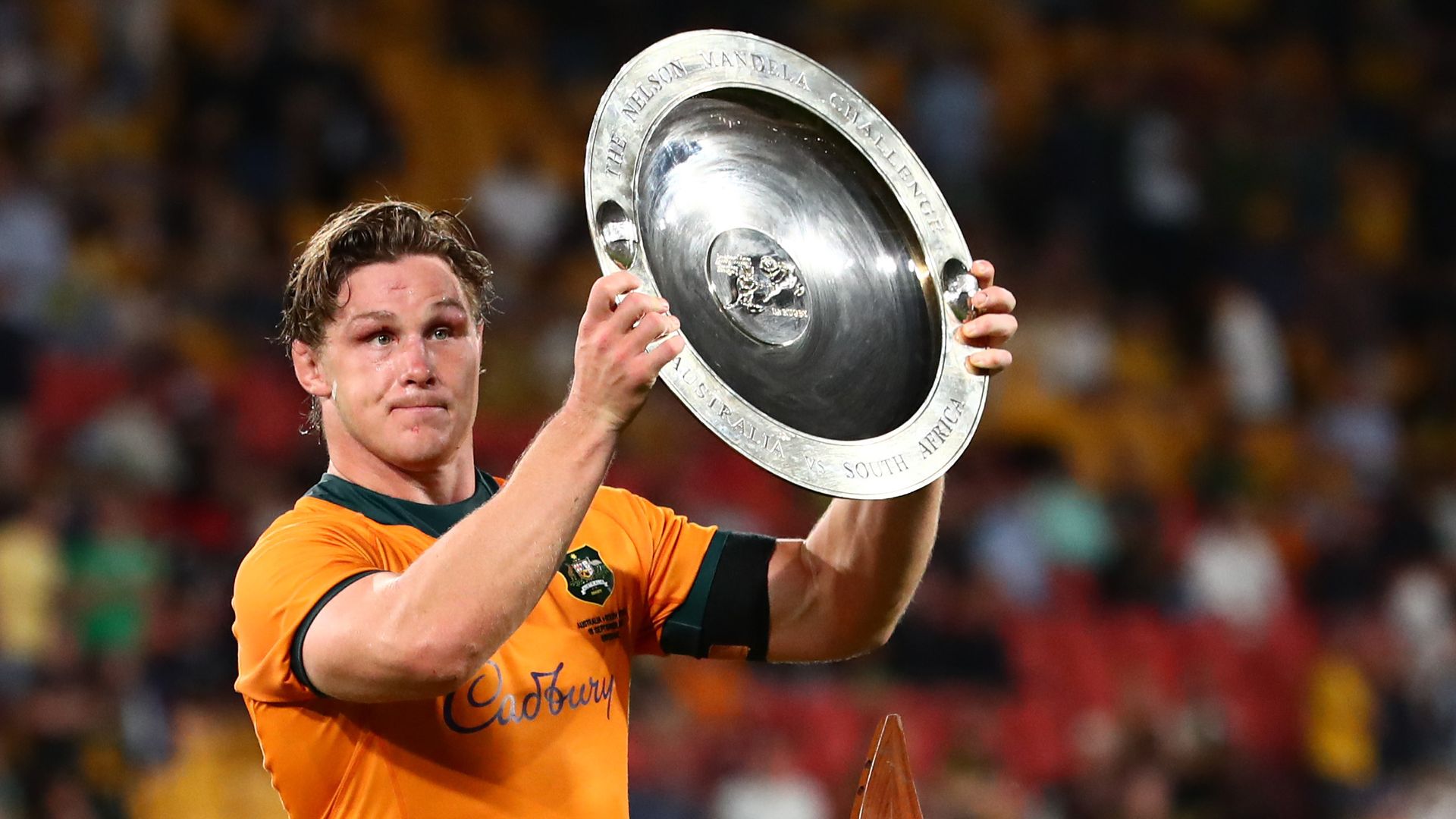 Australia beat world champions South Africa two weeks in a row; Michael Hooper captained his country for a record 60th time when he led Australia to a convincing Rugby Championship win over the Springboks

Australia breathed life into their Rugby Championship campaign with a bonus-point 30-17 win over South Africa in Brisbane on Saturday to puncture the Springboks’ world champion aura for the second time in a week.

After upsetting South Africa 28-26 on the Gold Coast on Sunday with a Quade Cooper penalty after the siren, the Wallabies’ running game shone in the Lang Park twilight as centre Len Ikitau and winger Marika Koroibete each scored a two tries.

Koroibete’s second try put the Australians 13 points up with 12 minutes left and they defended brilliantly to turn over the ball in front of their posts twice to protect the lead to the finish.

South Africa managed only one try, through centre Lukhanyo Am shortly after half-time, but drew two yellow cards in a flat performance before they head into back-to-back Tests against New Zealand.

It was a memorable win for Michael Hooper to mark his record for most caps as captain of the Wallabies. His 60th Test as Australia skipper is one more than former scrumhalf George Gregans mark.

The consecutive wins over South Africa netted the Mandela Plate and were a boost for the Australians following three losses to the New Zealand All Blacks, who lead the Rugby Championship ahead of their Test later Saturday against Argentina.

The Australians led 15-12 at half-time with Ikitau scoring twice for the Wallabies and Handre Pollard landing four penalties from four attempts.

Both teams gave up a one-man advantage in the opening half, with Springboks scrum-half Faf de Klerk yellow carded for a cynical foul while the Australians were in an attacking position early and Wallabies flanker Lachie Swinton sin-binned for his shoulder-on-shoulder contact with No. 8 Duane Vermeulen before their heads collided in the 33rd minute.

South Africa went ahead 17-15 less than two minutes into the second half with De Klerk orchestrating the attack. The veteran scrum-half took a quick tap from a penalty to put the defense on the back foot and later sent a perfectly weighted grubber kick down the blindside from the ruck base for Lukhanyo Am to score the try.

The 33-year-old Cooper, playing in only his second Test since 2017, got up after treatment in the 50th after collecting a finger in the eye to kick the penalty goal that restored Australia’s lead, 18-17.

Winger Koroibete then broke open the game with a pair of quick tries.

He crossed in the 62nd after a stunning lead-up work from tighthead prop Taniela Tupou, who surged down the left sideline, drew the defence and then, without looking, passed from his right hand under his left armpit to his flying winger in support.

Cooper converted to make it 25-17 and Koroibete dived into the left corner five minutes later, after a midfield burst from replacement backrower Pete Samu, to give Australia a 13-point lead.

Australia is still in contention in the Rugby Championship, which is into the second week four straight doubleheaders.