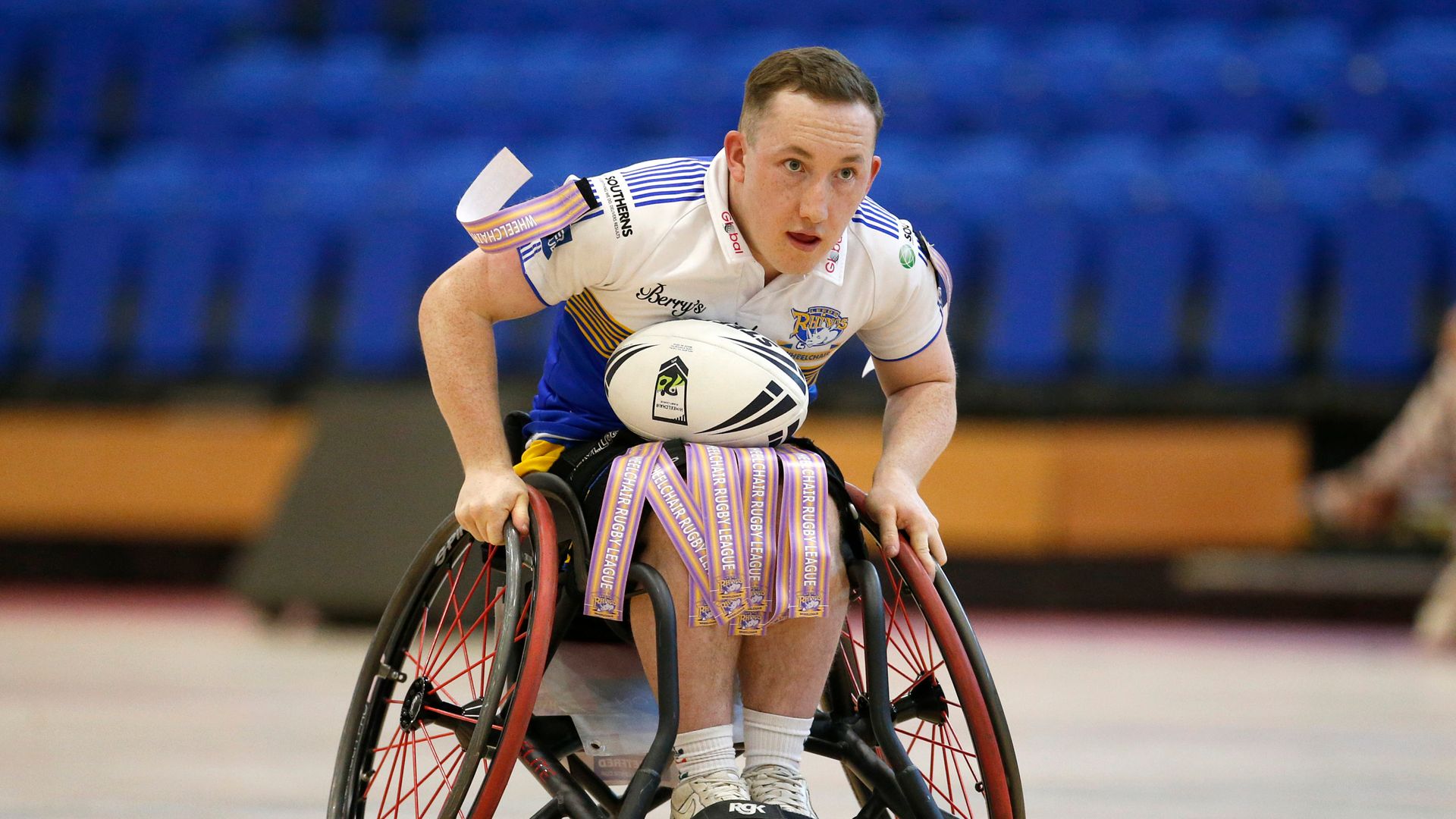 Leeds Rhinos and Leyland Warriors go head-to-head this Sunday to decide the winner of the 2021 Betfred Wheelchair Super League.

The Rhinos suffered Grand Final disappointment at the hands of the Panthers at Gillingham’s Medway Park Sports Centre in 2019, and Leyland Warriors will be hoping that lightning strikes twice for the Rhinos when the sides line up at the same venue at 3.15pm on Sunday.

Leeds, who remain undefeated in 2021, include in their squad a number of players who represented England against Wales earlier this season – Josh Butler, Nathan Collins, Tom Halliwell and James Simpson. The Warriors’ Adam Rigby made his England debut in the same match, but has been on the losing side more than once against his England team-mates this season.

“Last time out we were winning until the last 10 minutes. Preparation has been difficult over the past couple of weeks for all kinds of reasons, but we’ll travel down with a stronger squad and give it everything we’ve got.

“Leeds are a good side, very structured, and have deservedly already won the Challenge Cup and League Leaders award. We’re well organised ourselves – Phil Roberts may not be as quick as he was, but he gives us superb direction in the middle. Then we’ve the likes of Martin Norris and Declan Roberts who are more than capable of pulling something out of the hat.”

Leeds Rhinos’ Nathan Collins added: “We’ve beaten Leyland a few times this season, but they are a very good team and we won’t be taking them for granted. I saw them beat a very good Argonauts team in the semi-final, and they have a strong mix of past and present internationals.

“We’re confident in our own ability though. We’ll train hard this week, fine-tune a few things and make sure we’re ready for Sunday.”