Premier League champions City were unsuccessful in their attempts to sign Kane, who announced in May his desire to leave Spurs.

Asked about City’s pursuit of Kane, Tuchel replied: “I thought that this would happen.

“We never had a list with his name on it and I never went to (Chelsea director) Marina (Granovskaia) to tell her to buy him.

“But the club sorted out the situation. There are many people around players, their agents and advisors and people in between and we had some information from these people.

Tuchel, who has seen Lukaku score four goals since his Chelsea return, will aim to maintain his side’s unbeaten start to the league season when they visit Tottenham on Sunday, live on Sky Sports.

Despite the prospect of England captain Kane switching Spurs for City, Tuchel insisted he would not have feared Pep Guardiola’s side any more and, as a football fan, is pleased to think players can be one-club men during their career.

“We are not afraid of anyone. We accept any team and Manchester City, Man United and Liverpool, they are the teams strong like no other in this league and they have strong squads.

“These are the guys with whom we want to compete and it’s normal that they fight for the best players and I thought this is maybe going to happen.

“On one side I was happy that he stayed because it is also nice that it exists in football that players play for one club only.

“Harry Kane is Tottenham and even for me – I have absolutely nothing to do with Tottenham, I have never worked for them – when I think about Tottenham in the last decade you think about Harry Kane and this is very nice. 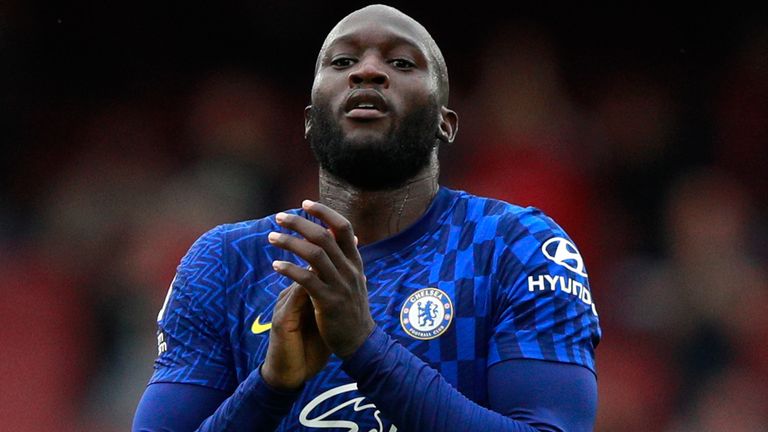 “Like you think about (Lionel) Messi and straight away you think about Barcelona and it is very hard to think that he plays for another club now, and that’s the same for Harry Kane.

“So, from this side, I was happy because I like it and a part of my personality is still a fan and I like that things like this happen.

“It is also nice that Romelu Lukaku is back at Chelsea and some things are a good fit and should not be changed.”

Sky has partnered with Tottenham Hotspur to host the world’s first net zero carbon football game at an elite level when Spurs face Chelsea on September 19.

The initiative is supported by COP26 and the Premier League, and will be branded #GameZero, with the ambition of being net zero carbon. This is achieved when emissions are reduced as much as possible, with the remainder offset through natural projects that remove emissions from the atmosphere.

Sky, Tottenham Hotspur and the UK Government want the game to raise awareness of the threat of climate change and inspire football fans to make simple changes that will help reduce their carbon footprint.