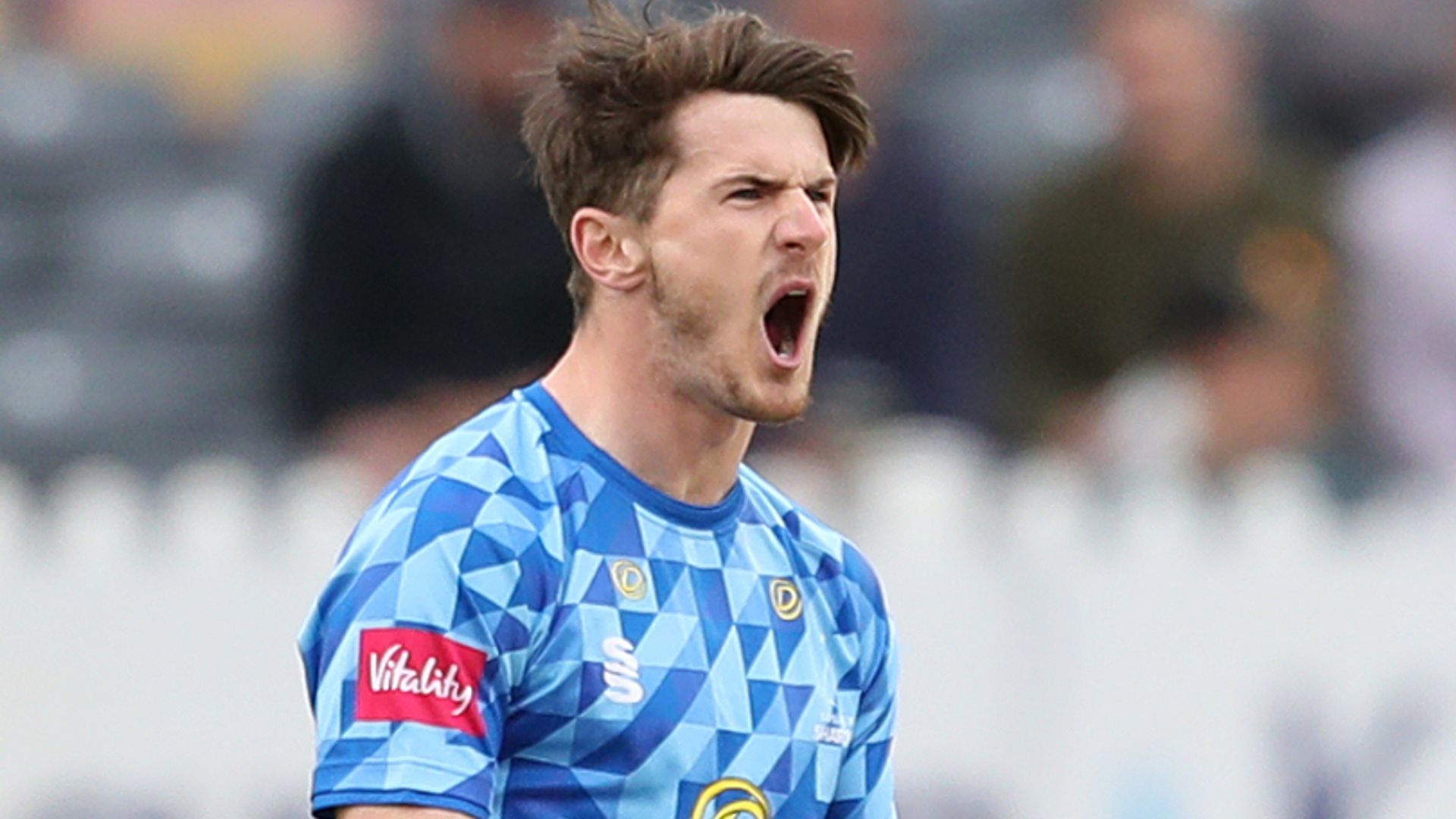 Left-arm quick will play at Vitality Blast Finals Day for Sussex – live on Sky Sports on Saturday – before flying out to United Arab Emirates to link up with Royal Challengers Bangalore; Garton excited to team with Virat Kohli and AB de Villiers and feels The Hundred helped him get noticed

It could be a golden white-ball summer for George Garton.

The seamer has won The Hundred with Southern Brave, reached Vitality Finals Day with Sussex and, after Saturday’s showpiece at Edgbaston, will fly to the United Arab Emirates on Sunday to join a Royal Challengers Bangalore side chasing their maiden Indian Premier League title.

Left-armer Garton will be tasting the IPL for the first time, having been signed up as replacement player for the rescheduled leg in the UAE

The 24-year-old is in no doubt his performances for Brave – he took 10 wickets in nine games with a best of 3-18 – helped garner the interest of the Virat Kohli-captained franchise. 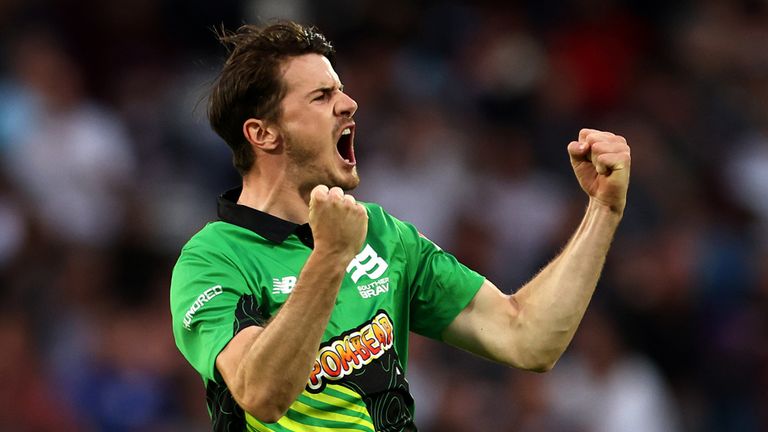 There is a lot more to bowling than raw pace. The faster you bowl, the faster it can go the boundary if you don’t put it in the right place. But it is nice to fall back on that for sure and go, ‘okay, I might be struggling a bit with my skills today so let’s ramp it up a bit and put pressure on the batters that way.’

“[RCB coach] Mike Hesson gave me a call at the backend of The Hundred to ask if I was interested, which I obviously was!” said Garton.

“One amazing thing The Hundred did was put the English domestic game on a platform for the international market and for international eyes.

“Every game was televised and it gave people like myself and other domestic cricketers, who are not playing international cricket at the time, a platform we deserved and the chance to showcase what we can do.

“I am in a really good place mentally and physically and really excited for the next couple of weeks, hopefully winning Finals Day and then the IPL.

“I’m expecting a lot of fun in the IPL. It’s a really strong competition. I’ll be trying to tap into everyone I can and learn as much as possible in a short amount of time.

“Virat is one of the icons of the game worldwide. I have not met him before but I have obviously watched him score a lot of runs.

“I am a very competitive person. I like being upfront and honest and that seems exactly how he is, so I am very excited to meet him.

“It will be brilliant to share a dressing room with him, AB de Villiers, Glenn Maxwell, Dan Christian, who is a proven T20 player around the world. They are a star-studded team and I’ll be looking to tap into their knowledge.”

Garton has already mixed it with England’s international players, without making his debut.

He was called into the Ashes squad in 2017-18 as cover for fellow seamer Jake Ball and then this summer was part of the ODI group that whitewashed Sri Lanka 3-0.

Garton was retained for the three-match series that followed against Pakistan – but his hopes of a first England appearance went up in smoke as Covid hit the camp and an entirely new set of players had to be deployed.

“It was a tad frustrating with the Covid stuff but having been out of the England system for three or four years it was lovely to be back involved and around the squad.

“It was a nice reminder for me of that’s where I want to be and that my performances over the last year and a half are paying off.

“I think I have developed massively, both on and off the pitch [since that Ashes tour]. I am not just an angry fast bowler that runs in and tries to bowl as fast as he can anymore. There are a few more strings to my bow.

“My knowledge of my bowling, when to turn it on, when to bowl within myself. Being more accurate. My skills around red-ball cricket as well.

“My batting has also come on a lot. It is certainly something I work really hard on and I want to be seen as a genuine all-rounder.

“I feel I am developing nicely. There is still a long way to go but, definitely, if I look back to the cricketer I was three years ago there have been big developments.”

Garton, who has taken 126 wickets in his career across red-ball, List A and T20 cricket, believes he has advanced physically as well as technically and tactically after injures earlier in his career.

“As much as it hurts me to say it, my body probably needed to go through that period of change, pain and hardship to come out the other side a bit stronger and more mature.

“It is a hard pill to swallow and took me a couple of years to accept it but in the end, you have to accept there are going to be a few injuries along the way, especially when you are younger.

“When I talk about developing, it’s about understanding my body and what I can put myself through, bowling through a bit more pain.

“It’s all a learning curve and there aren’t many bowlers who don’t go through that early in their career. I am working hard on staying as fit and flexible as possible and finding out the right plan for me. It has taken a few years, and a few injuries, but I am happy.”

Garton’s 10 wickets in The Hundred for Brave have been backed up by nine for Sussex in the Sharks’ run to Blast Finals Day, where they will face Kent Spitfires in the second semi-final and then, if all goes to plan, take on either Somerset or Hampshire Hawks in the final later on Saturday evening.

“I have been thrown the ball in the powerplay a lot and wickets in the powerplay are the biggest thing. My mindset is to be as aggressive as possible and try to take wickets as they set the game up for your team.

“If I am coming on in the middle or towards the death, I think you have to assess. Are there two set batters? Can I get that bloke off strike?

“The more wickets you take in shorter-format cricket, the better off you are, but sometimes you have to try and be smart as well.”

Garton has picked up those smarts from Chris Jordan and Tymal Mills, having bowled alongside the duo – both part of England’s preliminary 15-man squad for the T20 World Cup – at Brave and Sussex.

“I don’t get to do too much death bowling with those two around but they are two pretty good people to tap into. I have learnt a lot from them, Jof [Jofra Archer] and Ollie (Robinson) as well.”

Saturday will be Jordan’s Sussex white-ball swansong with he and batsman Phil Salt to leave Hove at the end of the year to join Surrey and Lancashire respectively from 2021 onwards.

Sussex will, though, be without Afghanistan leg-spinner Rashid Khan for Finals Day.

The 22-year-old secured the Sharks’ spot at Edgbaston with an unbeaten 22 from just nine balls against Yorkshire Vikings in the quarter-final, after taking 1-25 from four overs with the ball.

However, he has played only three games for the side this season and Garton is confident Sussex can triumph without him and win the Blast for the second time, having previously prevailed in 2009. 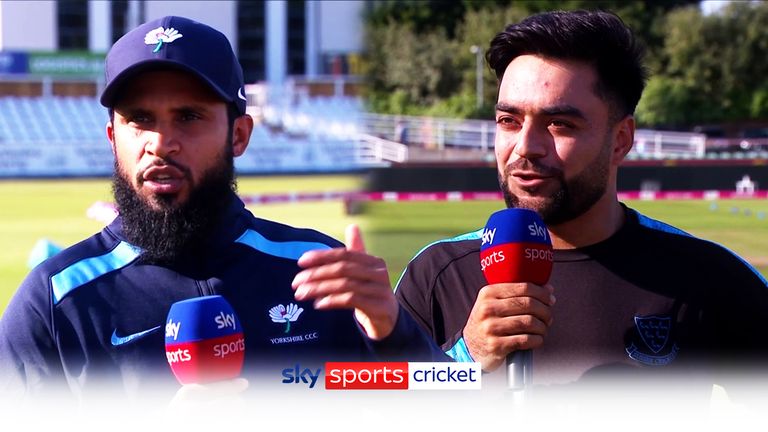 “Rashid makes any team better so I’d be lying if I said it wasn’t a setback but we all knew he wasn’t going to be here.

“He wasn’t there last time we were at Finals Day [Sussex finished runners-up to Worcestershire in 2018]. We’d love to have him, obviously, but we have played loads of games without him and are comfortable.

“We know what to do and it gives our other spinners a chance to showcase what they can do. Having learnt off him, I’m sure they will do the job.

“We aim for Finals Day every year – with the squad we have, we feel we should be there every year and in contention. It’s great to be back and we are certainly hoping for a trophy at the end of Saturday.

“I know CJ and Salty are very keen to win it, especially after losing in the final a couple of years ago, so it would be a nice way to send them off as they have been match-winners for us. Hopefully we can lift the trophy for them.”

Watch Vitality Blast Finals Day on Sky Sports Cricket from 10.30am on Saturday. The IPL is on Sky Sports from Sunday, with RCB’s first game – against Kolkata Knight Riders – live from 2.50pm on Monday.