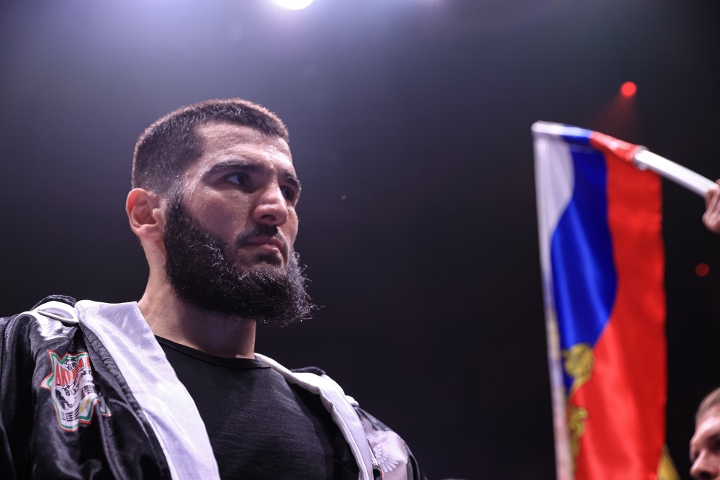 Top Rank and Premier Boxing Champions will go back to the well in hopes of extra time producing a deal between their respective clients.

Talks remain ongoing for the ordered WBC light heavyweight title fight between defending champion Artur Beterbiev (also the lineal and IBF champ) and mandatory challenger Marcus Browne, WBC representatives confirmed Wednesday with BoxingScene.com. The fight was destined for a purse bid hearing scheduled to take place this Friday from the sanctioning body’s headquarters in Mexico City but has been postponed to September 28.

WBC president Mauricio Sulaiman informed BoxingScene.com that both parties requested the extension in hopes of reaching a deal. Beterbiev (16-0, 16KOs) is promoted by Top Rank, while Browne (24-1, 16KOs) fights under the Premier Boxing Champions (PBC) banner, and is represented in negotiations by TGB Promotions.

The fight was ordered on August 19, with the two sides given the standard 30-day negotiation period to work out terms for a deal. Top Rank and TGB were huddled in talks for another ordered fight during that time—a welterweight clash between WBO titlist Terence Crawford (37-0, 28KOs) and former two-time welterweight titlist Shawn Porter (31-3-1, 17KOs) as his mandatory challenger. The two sides reached terms Tuesday, hours ahead of a rescheduled purse bid following an allotted twelve-day delay.

It is now hoped that the same amount of time will produce a deal here as well.

Both boxers have fought just once since the pandemic.

Beterbiev scored a tenth-round stoppage of Adam Deines this past March in his native Russia homeland. The Montreal-based knockout artist satisfied his IBF mandatory obligations with the title defense, which was to have originally come versus Meng Fanlong when the fight was first ordered shortly after Beterbiev’s tenth-round knockout of Oleksandr Gvozdyk in their October 2019 WBC/IBF title unification clash.

Another unification bout was initially sought, with hopes of pairing Beterbiev with recently crowned WBO beltholder Joe Smith Jr. That fight failed to materialize, prompting the WBC to order Beterbiev to next face its number-one contender.

Browne returned to the ring this past April, scoring a ten-round decision over Denis Grachev in Los Angeles. The bout was the first for Browne—a member of the 2012 U.S. Olympic boxing team—since suffering his lone defeat via technical unanimous decision to Jean Pascal in August 2019.

Should a deal be reached, it will mark the third fight this fall between fighters from Top Rank and PBC. In addition to Crawford-Porter on November 20, the two sides are working together once again for the trilogy bout between lineal/WBC heavyweight champion Tyson Fury (30-0-1, 21KOs) and former long-reigning WBC titlist Deontay Wilder. Their bout tops an October 9 Pay-Per-View event jointly presented by ESPN+ and Fox Sports.