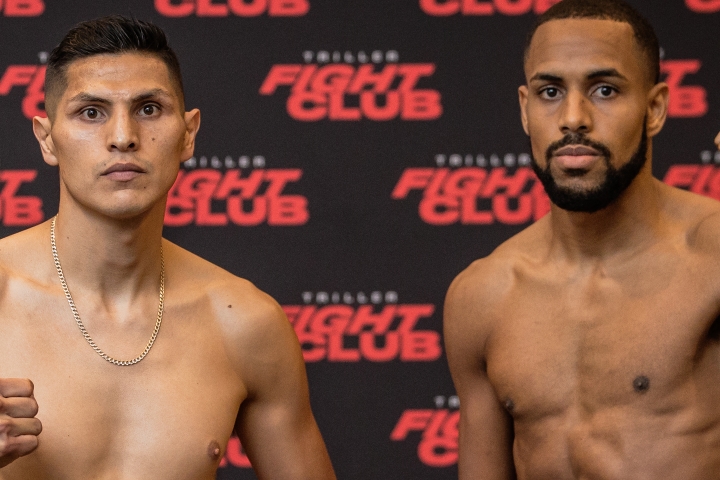 Yunieski Gonzalez nailed Tommy Karpency with a perfectly placed left hook to the body that abruptly halted their 10-round cruiserweight fight Tuesday night in Hollywood, Florida.

Miami’s Gonzalez (21-3, 17 KOs) and Karpency (30-8-1, 19 KOs), of Adah, Pennsylvania, went toe-to-toe during an action-packed first round. Karpency connected with a couple clean punches in the second round as well, until Gonzalez went to his body.

Karpency couldn’t beat the count of referee Frank Gentile, who waved an end to their fight at 2:03 of the second round.

Gonzalez’s victory over Karpency was part of the TrillerVerz II undercard, which will feature Pablo Cesar Cano and Danielito Zorrilla in the main event at Seminole Hard Rock Hotel & Casino. Karpency, a 35-year-old southpaw, upset former light heavyweight champion Chad Dawson by split decision in a 10-rounder in October 2014.

Karpency wasn’t nearly as fortunate Tuesday night against Gonzalez, though he had some success.

A straight left by Karpency connected just before the halfway point of the second round. Gonzalez came back to drop Karpency with a left hook to the body that sent Karpency to the canvas with 1:12 to go in the second round.

With Gonzalez backed against the ropes, Karpency landed a right-left-right combination with just under 40 seconds to go in the opening round. Gonzalez fired back with several straight right hands that landed on a fast-tiring Karpency.