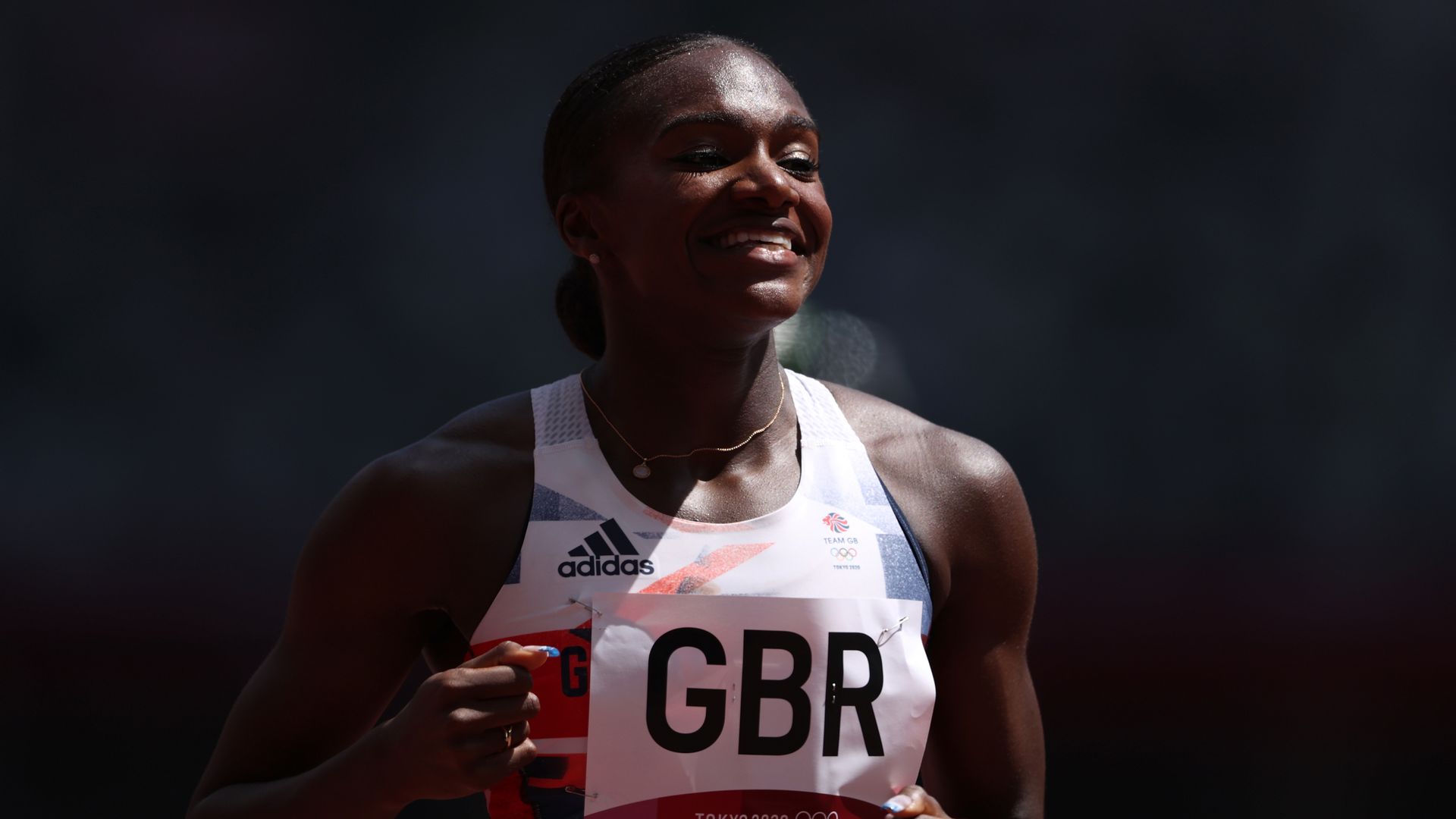 After being forced to pull out of the 200m with a hamstring injury, Dina Asher-Smith returned with Asha Philip, Imani-Lara Lansiquot and Daryll Neita and set a new British record of 41.55 seconds to reach the 4x100m final on Friday

Dina Asher-Smith insisted she has moved on from her Olympic agony and is eyeing relay redemption after returning to the track.

The 25-year-old saw her Games wrecked by a hamstring injury she suffered in June and pulled out of the 200m after failing to reach the 100m final last week.

She made her comeback on Thursday to help the 4x100m relay team set a new British record of 41.55 seconds to win their heat and reach the final.

“It [winning a medal] would be absolutely amazing but again that is not the thing I think about right now. It is about staying focused,” Asher-Smith said.

“Of course, it [a medal] would mean incredible things to everybody. We are the bronze medallists in Rio. It would be amazing for us to get another medal again, for all of us, for all of our lives, for all of our individual dreams and aspirations.

“To get that we have to stay focused and make sure we execute and do what needs to be done.

“After the 100m I did say there was no way I wasn’t going to be here for the 4x100m girls. I only had one day off then John [Blackie, coach] had me back on the training track.

The British team qualified for Friday’s final fastest, ahead of the USA and Germany and Asha Philip, a member of the squad who won bronze in Brazil, believes they will challenge again.

“A medal is definitely on the cards for us. I never like to jinx it but seeing that and the time…,” she said, with Imani-Lara Lansiquot and Daryll Neita completing the squad.

“I saw Dina get the baton and she is sprinting round that bend and we know how great she is on that top bend. Daryll was capable of bringing it home.

“It was great for us and to come out with that time, it gives us energy and we’re going to come out tomorrow with the same energy.”

“We want to win every heat. We are that good,” Kilty said.

Andrew Pozzi came seventh in the 110m hurdles final – which was won by Jamaica’s Hansle Parchment.