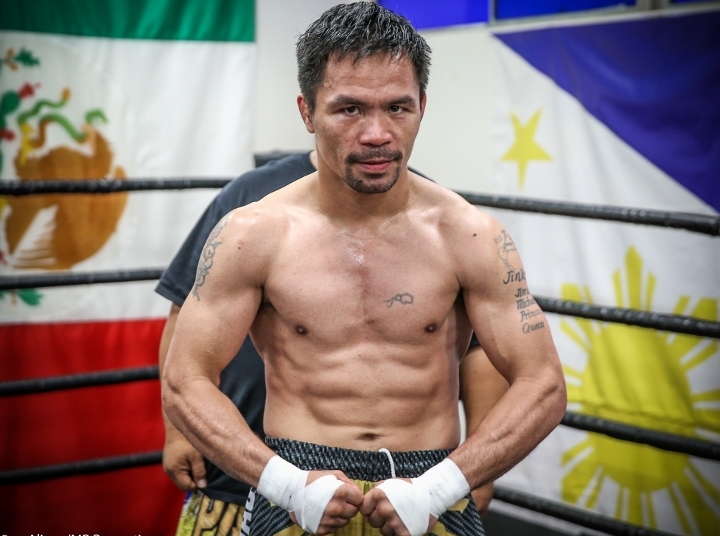 Pacquiao, 42-years-old, will challenge Spence on August 21 at the T-Mobile Arena in Las Vegas.

The Filipino superstar will be snapping a two-year streak of inactivity, with his last fight take place in July of 2019 – when he picked up a twelve round split decision over unbeaten Keith Thurman for the WBA welterweight title.

Spence saw action back in December of 2020, when he outboxed mandatory challenger Danny Garcia over twelve rounds in Texas.

There are boxers out there that Roach is concerned about for Pacquiao – but Spence is not one of them.

Spence has the edge in age, size and reach.

After reviewing several of Spence’s fights, Roach believes the bigger man is not much of a mover and he begins to get winded when the fight enters the second half.

However, Roach does have a lot of respect for Spence’s skills and punching power.

“There’s a couple of guys I worry about, because they’re younger, they’re stronger and have very difficult styles. But Spence, I do like because he’s flat-footed, he’s heavy on his feet and he gets tired in the later rounds,” Roach told The Sun.

“I told Manny, ‘We have to start quick in this fight. We can’t stay in the pocket. Get off your combinations and you’re going to get right out the way because he’s going to hit you back’. He does have good power. There is a couple fights out there we could fight, but Manny wants to fight the best guys out there.”