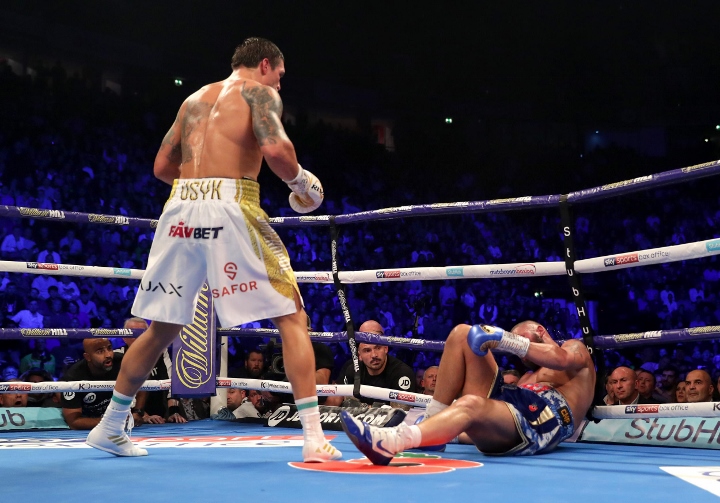 This contest will mark the third heavyweight outing for Usyk.

In his two heavyweight appearances, Usyk did not look as spectacular as he did when he competed at cruiserweight.

Bellew was knocked out by Usyk in November of 2018. It was the final cruiserweight appearance for Usyk and the final bout of Bellew’s career.

While some have questioned Usyk’s power at heavyweight, Bellew is not one of those critics.

“Believe you me mate, he hits hard enough to send me down. He’s exceptional. He’s the best I ever faced. He is so technically perfect. His footwork is on another level,” Bellew told the DAZN Boxing Show.

For the upcoming bout, Usyk will be trained by Anatoly Lomachenko, who is the father and trainer of three division champion Vasiliy Lomachenko.

In the opinion of Bellew, that scenario makes the upcoming bout that much harder.

“It’s a hard fight, I’m not gonna lie. It’s a very, very hard fight. If anything, it’s just got even harder because Usyk has now gone back with Lomachenko’s father. That makes it even harder because they will create a game plan that is gonna try and negate everything good that Anthony Joshua does,” Bellew told Talk Sport.