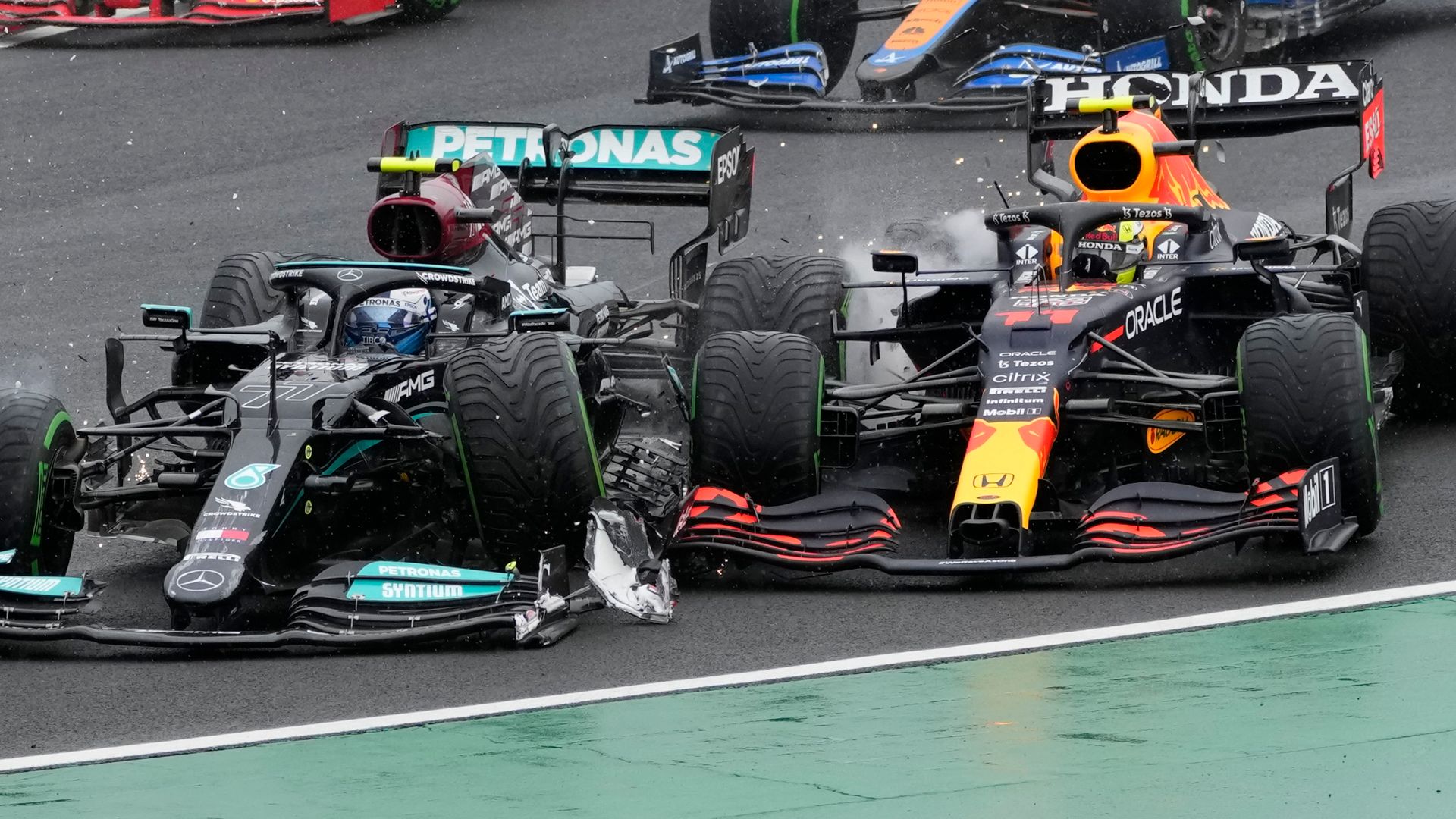 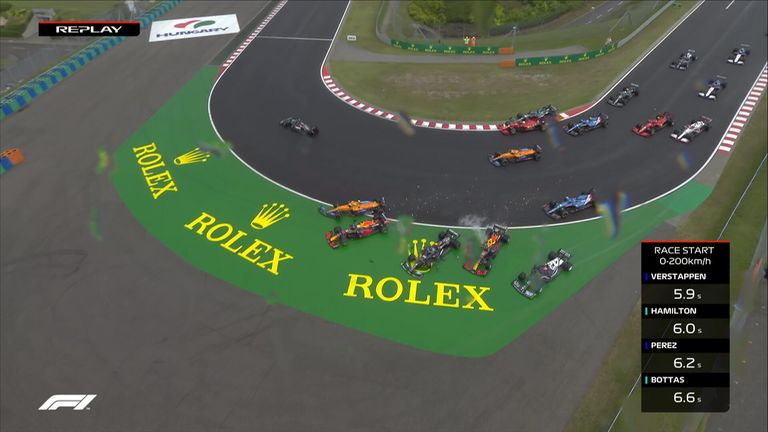 Watch the first lap of the Hungarian GP as multiple cars collide red-flagging the race.

Esteban Ocon claimed a totally out-of-the-blue first Formula 1 victory with Alpine after cashing in on a chaotic Hungarian GP, as Lewis Hamilton raced back from last to third to reclaim the title lead from Max Verstappen.

Verstappen finished only 10th after picking up big damage to his Red Bull in a multi-car turn-one incident in damp conditions when Valtteri Bottas lost control of his Mercedes.

Bottas slammed into the back of Lando Norris’ McLaren, who was then shunted into the side of Verstappen’s Red Bull. The out-of-control Mercedes also crashed into Sergio Perez in the other Red Bull, with both out on the spot. 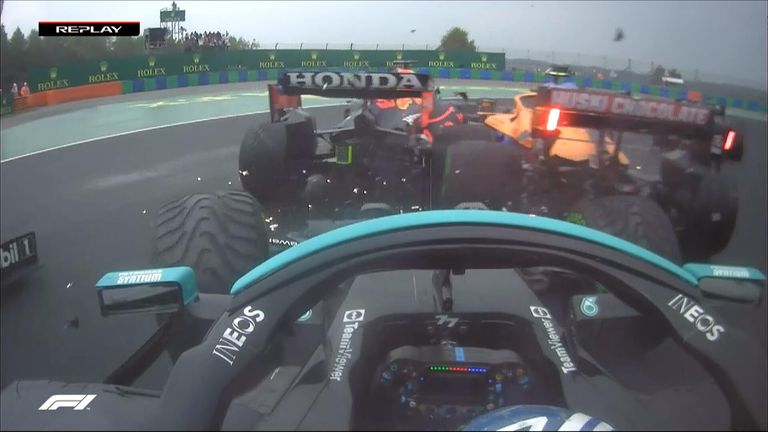 Here is a closer look at the carnage race start from the Hungaroring resulting in five early retirements.

Hamilton held the lead from pole but then Mercedes blundered on the restart. While Hamilton continued to the grid, the rest of the pack pitted behind for dry tyres and, with the world champion pitting a lap later, he dropped to 14th.

With the pack shuffled after the dramatic opening laps either side of a red flag, Ocon found himself in the lead and impressively did not put a foot wrong from there.

Sebastian Vettel chased Ocon all the way for Aston Martin but had to settle for second place behind the Frenchman. 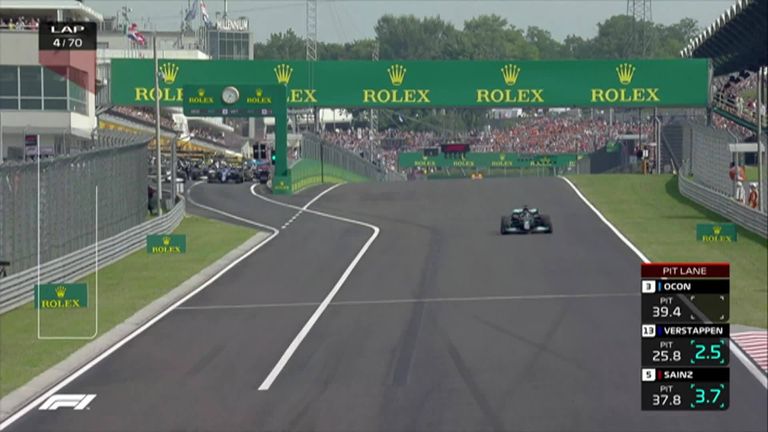 Watch the restart to the Hungarian Grand Prix as all cars but Lewis Hamilton pitted to change their tyres.

Hamilton raced back through the field and eventually moved into third, passing Fernando Alonso after a long battle and then Ferrari’s Carlos Sainz.

Sainz was fourth with Alonso fifth in the second Alpine.

George Russell, meanwhile, finally scored his first points for Williams in ninth, finishing ahead of the wounded Verstappen.

Bottas has been given a five-place grid penalty for the next race after the summer break in Belgium for causing the lap-one collision.