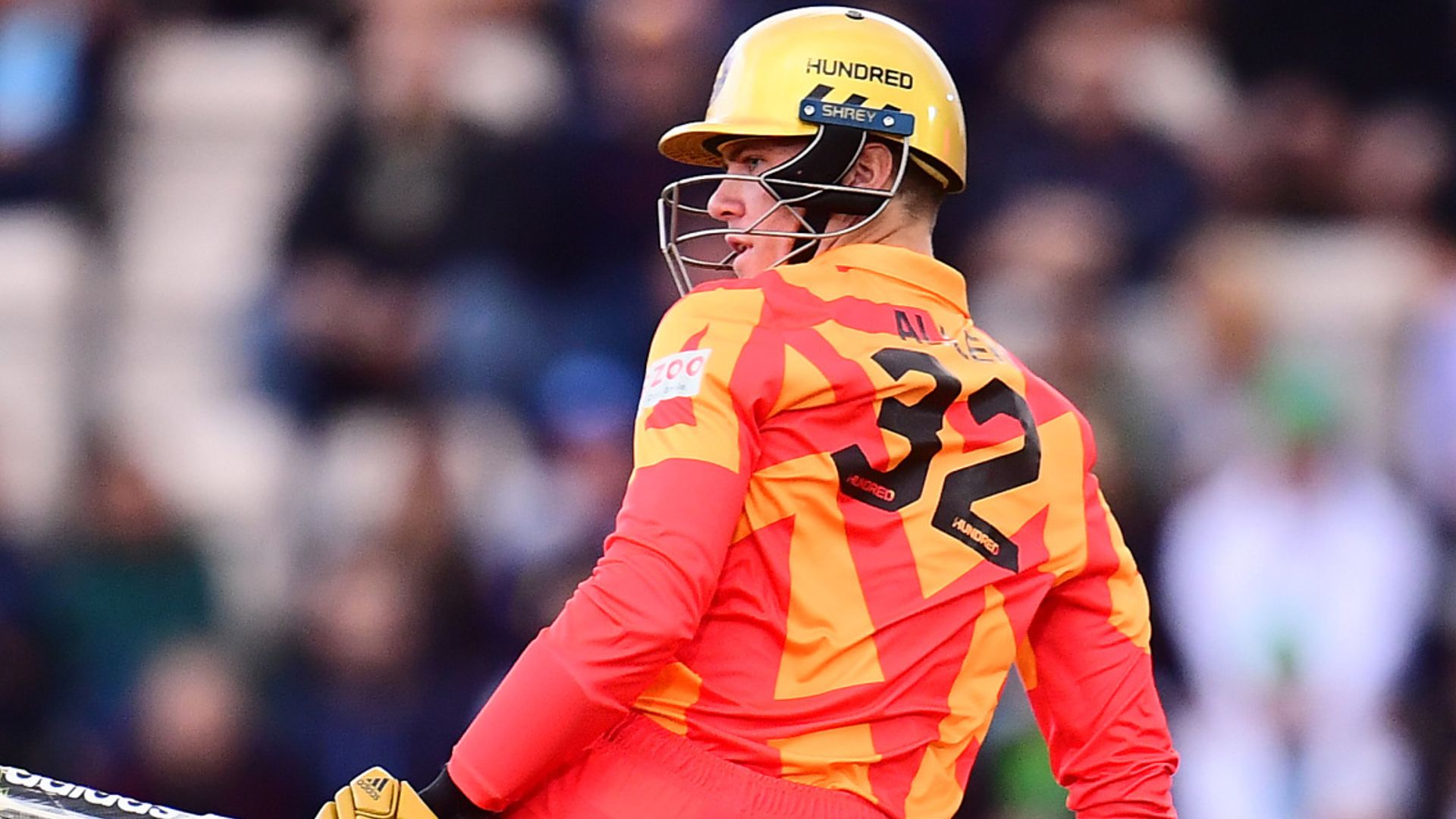 Trent Rockets were top after three wins from three; But Birmingham Phoenix ended the Rockets’ unbeaten record; Rockets’ Dawid Malan hit 50 in vain; The hosts, powered by Allen and Smeed, chased down 144 with 26 balls to spare

Birmingham Phoenix ended the Trent Rockets’ unbeaten record with a dominant win thanks to an exhilarating start from opening batsmen Finn Allen and Will Smeed at Edgbaston.

Despite Rockets opener D’Arcy Short’s duck, the world’s highest-ranked Twenty20 international batsman Dawid Malan came to the crease and hung around for 80 of the 100 balls, striking a measured 51 off 41.

England outcast Hales and 36-year-old all-rounder Samit Patel plundered more eye-catching innings of 38 off 22 and 31 off 19 respectively, although Benny Howell’s wily slower balls and Adam Milne’s 2-13 off 20 helped restrict them to 144.

Rashid Khan’s 3-26 pegged the home side back but Moeen Ali and Liam Livingstone steadied the ship and helped get them over the line as the Phoenix cruised to victory, chasing down the target with 26 balls to spare.

MOMENT OF THE MATCH

Smeed was caught off world-class spinner Khan, and shortly afterwards new batsman and Phoenix captain Moeen was nought off six, struggling for fluency, and the momentum of the innings was smothered.

Patel looked to have trapped him lbw, and the umpire ruled it was a fair delivery and that the ball had hit pad first rather than bat – with ‘ball tracking’ to come.

But the technology was not working and therefore the third umpire was forced to stick with the initial on-field decision of not out.

As it was, Ali stayed in, smashed three successive boundaries and left Allen and the classy Liam Livingstone just 51 off 40 balls, making them massive favourites to seal the win. There would have been a bit of uncertainty if Moeen went for zero…

WHICH WAY TO BAT?

Hales and Malan proved there is more than one way to skin a cat. Hales showed off his repertoire of shots as well as his raw physical power.

He swept for a maximum to manipulate a field change before then finding a gap that change created as part of a 4, 6, 4 which helped to accelerate the run rate.

His explosive style made him the highest run scorer in this year’s Australian Big Bash and puts him in contention to do the same in the men’s Hundred, but also makes him more likely to hole out, as he did when he misjudged Moeen.

Malan has been criticised for his slow starts, but his composure and methodical innings-building saw him anchor the innings – once he passes 20 runs, his strike rate is more than 150! But did his initial inactivity put pressure on Hales?

CATCH OF THE MATCH

Pat Brown grabbed an absolute stunner out of the sky after Dawid Malan swept Imran Tahir high into the air.

Unfortunately, catching it took him over the boundary rope, meaning a six was given to the England batsman.

Still, though, a wonderful effort – and former England spinner Phil Tufnell called it the best catch he’s ever seen which wasn’t a wicket!

Phoenix opener Smeed said: “Last night I got a call (to say he was playing), I was buzzing and it went well today.

“Obviously it’s the biggest stage I’ve played on, so I was a bit nervy, but I got into it quickly and started really enjoying it.

“I was nervous, but me and Finn will go out there, play freely, we’ve got the backing of the coach to just go out and have fun.”Every batter likes batting in the powerplay in white-ball cricket, it’s probably the best time to bat. I was lucky to get the opportunity today and I loved every minute of it.”WHAT’S NEXT?

On Monday August 2 there’s another double-header, with the Oval Invincibles hosting the Welsh Fire in the women’s competition at 3pm BST, before the men get underway at 6.30pm.