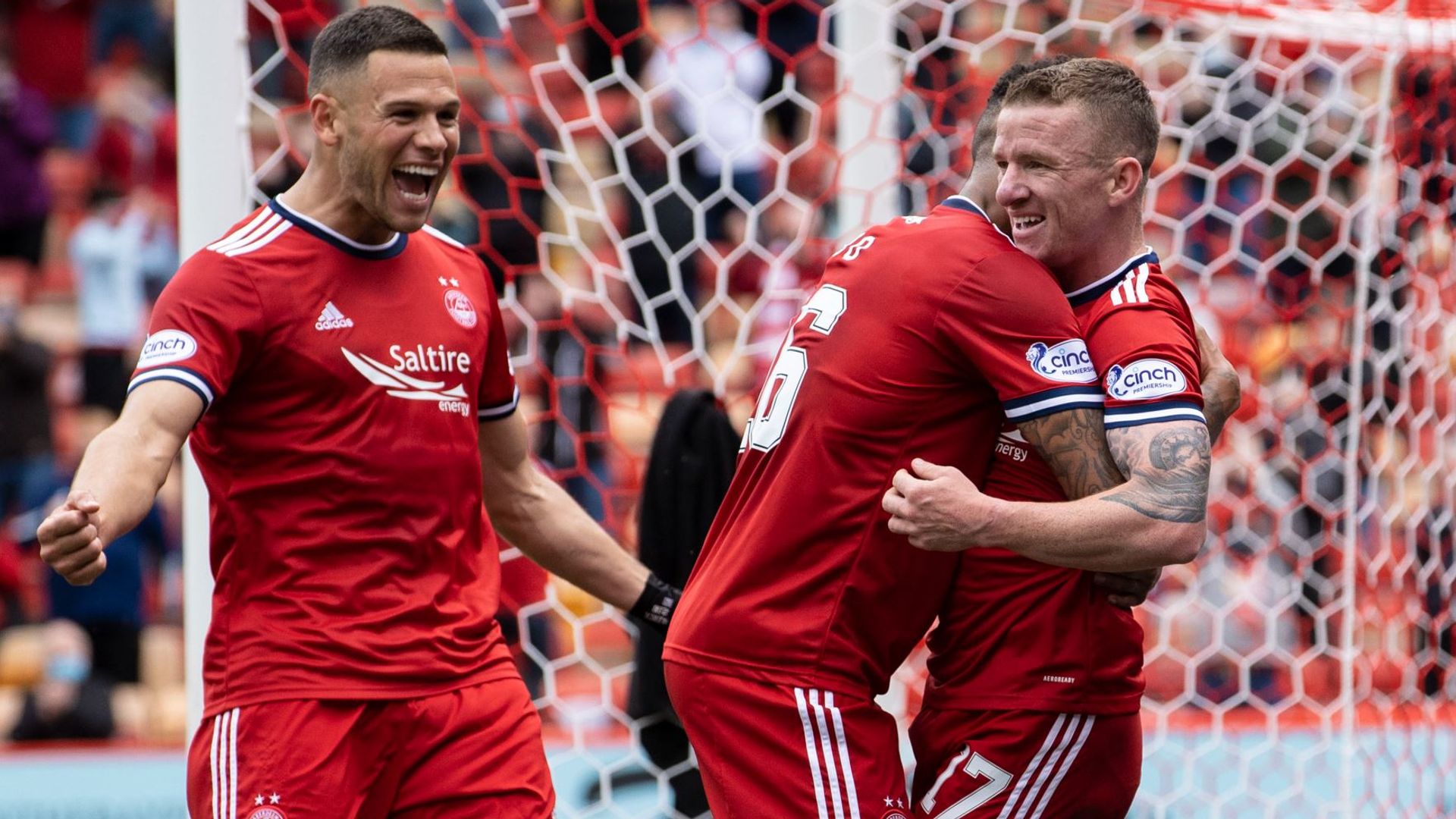 Aberdeen eased their way to victory in the opening match of their cinch Premiership campaign thanks to goals from Jonny Hayes and Christian Ramirez in an energetic performance against Dundee United.

The Dons, fresh from their Europa Conference League qualifying victory over BK Hacken, made only one change to the starting XI that lined up in Gothenburg, but showed no signs of tiredness as they pressed and harried Tam Courts’ side.

United struggled to get into the game, with their best chances coming as a result of Aberdeen causing their own problems at the back.

Neither goalkeeper was overly busy in the first half, though Aberdeen certainly held a territorial advantage, which paid off when they opened the scoring after 27 minutes.

There was a hint of offside about Hayes’ run in behind the visitors’ defence, but Lewis Ferguson’s ball over the top was a delight and with the assistant referee’s flag staying down, Hayes clipped the ball right-footed past Benjamin Siegrist from an angle.

United improved in the closing stages of the half, but the biggest test for Joe Lewis came when Liam Smith’s cross was knocked down by Jamie Robson, with the ball coming off Andy Considine before the goalkeeper smothered the danger.

However, their hopes of coming back into the game after the break were extinguished when Aberdeen doubled their lead six minutes after the interval.

American striker Ramirez was the man who bulleted home the header, but the star turn came from Calvin Ramsay. The Dons right-back, who turned 18 on Saturday, spun in behind Robson on the right flank and whipped in a superb cross that made his team-mate’s job easy.

There were a raft of changes in the second half as Courts’ men tried to find a way back but Aberdeen always seemed comfortable in sweeping up anything the Tangerines could muster, with Lewis reduced to a sweeping role.

If there was a downside for Aberdeen, it was a late injury suffered by the impressive Funso Ojo. The Belgian was involved in a 50-50 challenge with Robson and came off worse, forcing his late withdrawal from the action with a lower leg injury.