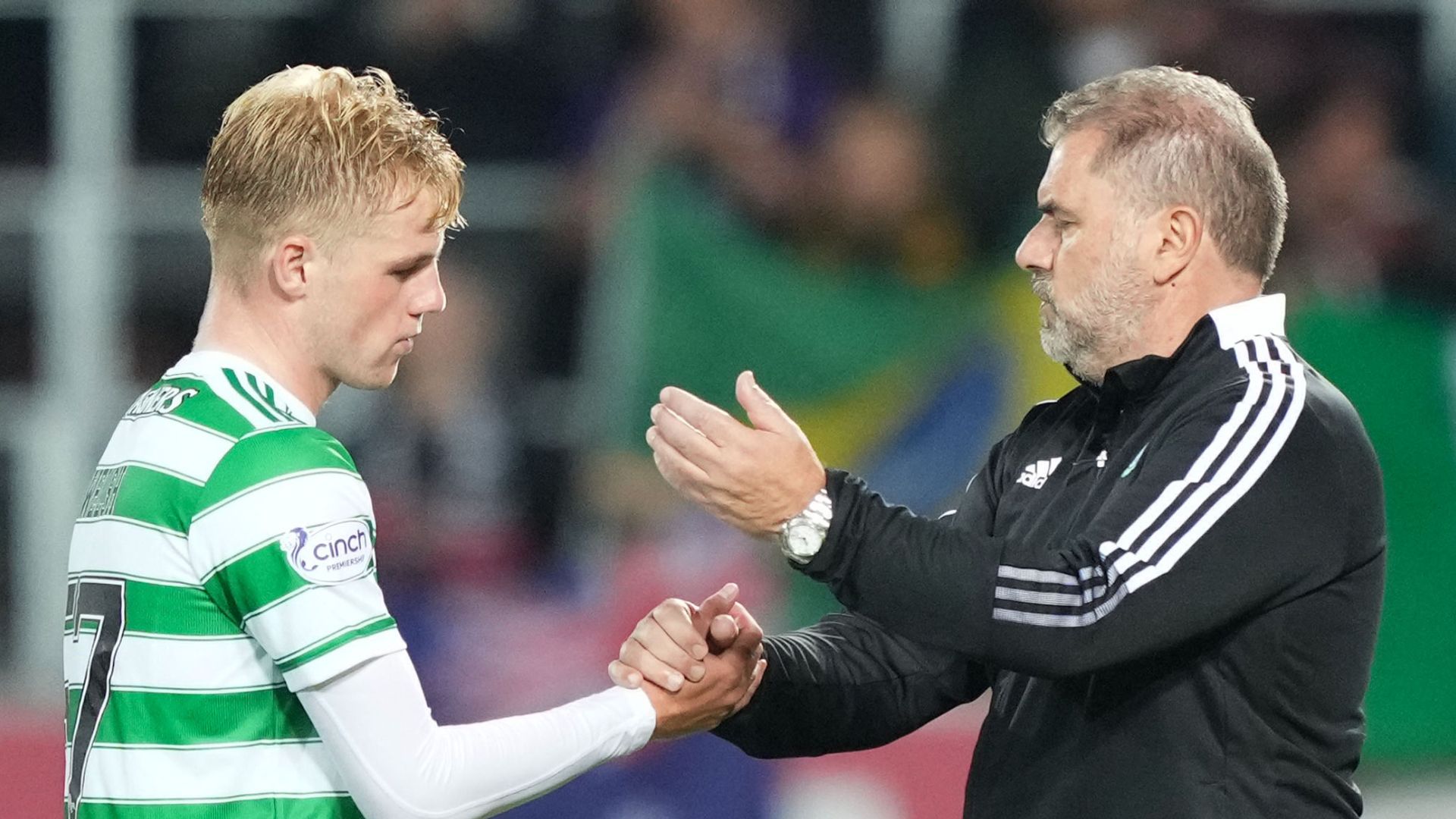 Ange Postecoglou suggested he might not have been forceful enough in his demands for new signings as he took responsibility for Celtic’s latest Champions League failure.

Celtic missed out on the group stages for a fourth year running as a 2-1 extra-time defeat by Midtjylland consigned them to a 3-2 aggregate loss and a Europa League qualifier against Czech side Jablonec.

Celtic have made five summer signings but two of them are in quarantine and another two, young former Sheffield Wednesday pair Osaze Urhoghide and Liam Shaw, did not get off the bench in Denmark.

The only new arrival to feature was 19-year-old Liel Abada, who could not build on his goalscoring debut in a quiet display.

I’m the person who has been put in charge. We haven’t got players in, I obviously haven’t done a good enough job convincing people we needed to bring people in.

Postecoglou had a back four with an average age of 21, only had two fit strikers, and replaced Vasilis Barkas with Scott Bain as Celtic’s failure to address their goalkeeping problems again cost them over the two legs.

Few Celtic fans will blame the manager, who expressed frustration over the club’s “hesitation” in the transfer market before the first leg, but the Australian shouldered the burden.

“I take responsibility,” he said. “I’m the person who has been put in charge. We haven’t got players in, I obviously haven’t done a good enough job convincing people we needed to bring people in.

“I’m not going to shy away from it. I don’t say that because I’m some kind of martyr, I just think that’s my responsibility, that’s why I was brought in.

“I have been trying to be as forceful as I can about what we need to bring in, and the challenges we have had are well chronicled.

“Irrespective of the result tonight, we still need reinforcements. We had a really young squad out there, young players on the bench. It’s not a situation we need to be in.”

When asked if some people had not understood how thin his squad was and the urgency of the situation, Postecoglou said: “Maybe I wasn’t clear enough, I don’t know.

“I think I have been pretty consistent in saying we need more players. The club is working hard to get those players in. I have talked endlessly about the challenges we face.

“Our supporters just want to see us bring in the reinforcements that we need, and I have just got to keep reinforcing my views on it as strongly as I can.”

Celtic will rue a number of key moments over both legs, including Nir Bitton’s needless first-leg red card and a huge blunder from Barkas that gifted the Danes a Parkhead equaliser.

They led in Denmark through Callum McGregor’s 25-yard volley three minutes into the second half and James Forrest missed a sitter a minute after coming on for Abada.

The hosts levelled a minute later after Greg Taylor lost his marker and Celtic offered nothing in response after going behind four minutes into extra-time.

“I can’t fault the effort of the players, they worked their socks off,” Postecoglou said.

“We controlled the game, scored, had a good chance to go 2-0 up and straight away they scored and we lost a bit of momentum. We just looked a bit tired in the end and lacking a little bit of energy to get back into the game.

“Big moments cost us. Moments change games and we had some pretty good moments.

“That’s frustrating but when you look at the back four we put out there, the average age of those boys, it was an enormous effort to keep us in the tie.”

Celtic drop into the third qualifying round of the Europa League, where they will face FK Jablonec of the Czech Republic.

Meanwhile, they start their Scottish Premiership campaign this Saturday when they visit Hearts, live on Sky Sports Football. Coverage starts at 7.30pm with kick-off at 8pm.