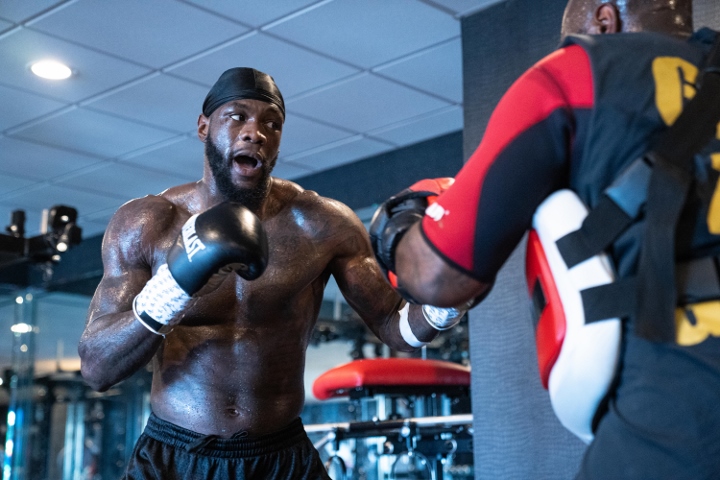 Malik Soctt, the new head trainer for heavyweight contender Deontay Wilder, believes his fighter will receive the most benefit from the most recent delay to the trilogy fight with WBC world champion Tyson Fury. (photo by Ryan Hafey)

Both Wilder and Fury have been inactive since February 2020. In that contest, Fury stopped Wilder in seven rounds to capture the WBC belt.

Last year, their trilogy fight was pushed back several times due to the coronavirus pandemic.

The showdown was finally scheduled to take place this past weekend, on July 24, but the contest was pushed back a few weeks ago with it revealed that Fury had tested positive for COVID-19.

The encounter is now set down for October 9th at the T-Mobile Arena in Las Vegas, as the main event of a joint pay-per-view effort between Fox Sports and ESPN.

Scott was brought in to take over the duties of released co-trainer Mark Breland.

Wilder stopped Scott in one round back in 2014, with the two fighters later becoming close friends.

The extra few months will now allow Scott to work on a few more things and build a stronger chemistry in the gym.

“It’s a great thing because it just gives us more time to marinate Fury for the cooking. I said Fury wasn’t making it out of five rounds before the postponement. But now, since we have more time to prepare, it’s really about to get ugly,” Scott said, according to The Mirror.

“If anything I just felt bad for Deontay because it’s the third postponement that has happened to him for the trilogy. But either way, more time we get to marinate Fury is going to make the taste of victory even more sweeter.”