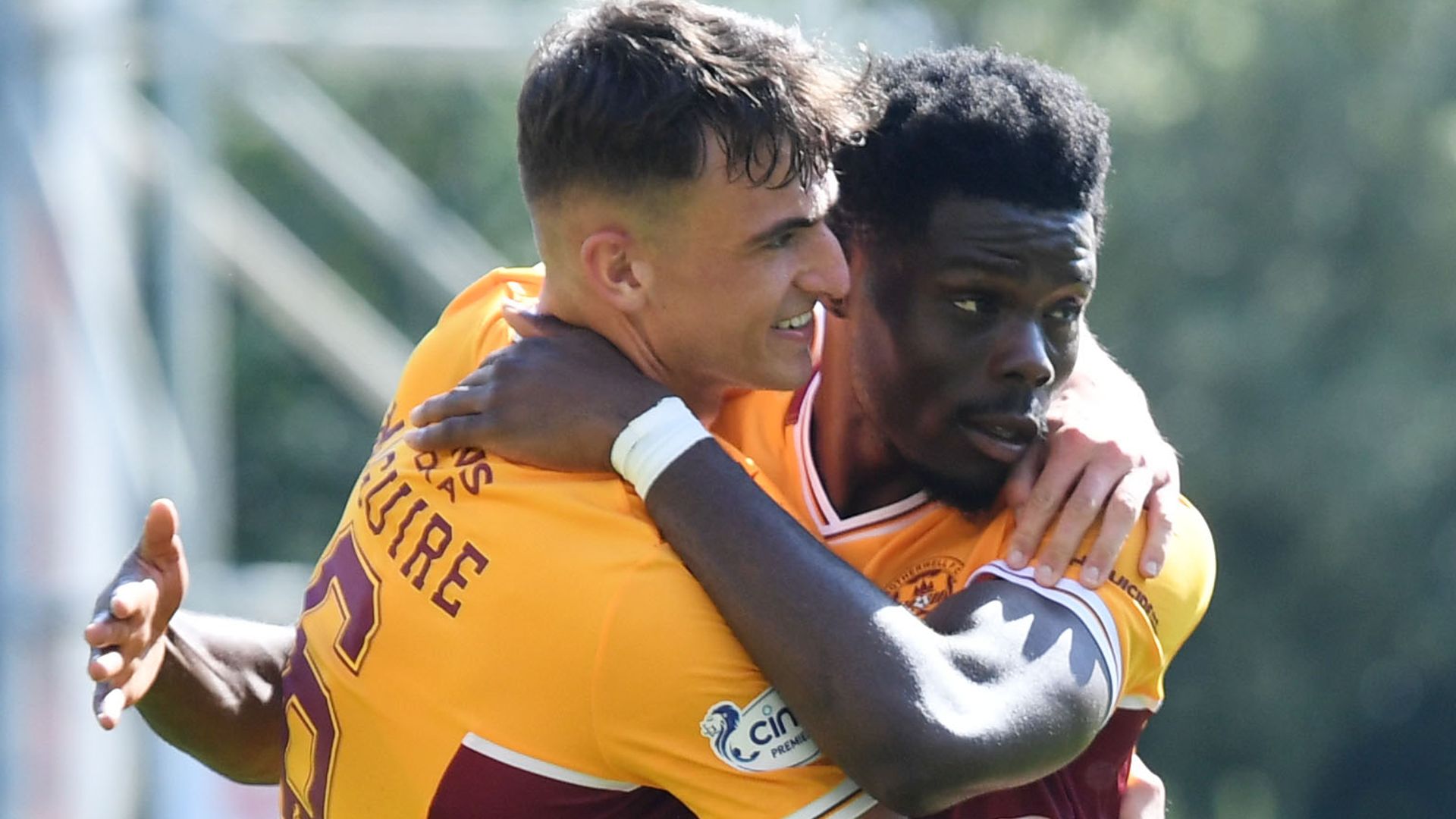 Justin Amaluzor scored on his first Motherwell start as Graham Alexander’s side beat Annan 2-0 to move into the second round of the Scottish League Cup.

Raith Rovers, Dundee and Kilmarnock also sealed their places in the knockout stages as group winners ahead of the final two group-stage fixtures on Sunday.

Livingston and Arbroath secured two of the three best runner-up spots available, while Dunfermline have also qualified. Hearts, Dundee United and Ayr had already won their groups before Saturday’s fixtures.

Either St Mirren or Partick Thistle will be the final team to join European qualifiers Rangers, Celtic, St Johnstone, Hibernian and Aberdeen in Sunday’s second-round draw.

A midweek defeat by Lanarkshire rivals Airdrie had left Motherwell‘s progress in doubt but Amaluzor settled nerves in the 39th minute after good work from Kaiyne Woolery.

Iain Anderson and Amaluzor missed great chances at either end before goalkeeper Liam Kelly produced a brilliant left-handed penalty save to stop Owen Moxon’s effort going into the top corner.

Airdrie were brought crashing back down to earth by a 4-1 defeat against Queen of the South, for whom Ally Roy hit a hat-trick, as Motherwell moved top.

Charlie Adam, Corey Panter and Christie Elliott had Dundee three ahead at half-time and Cummings struck from the penalty spot before again restoring Dundee’s three-goal lead following counters from Stefan McCluskey and Grant Anderson. Forfar missed out on a best runner-up spot on goal difference.

Livingston‘s 3-1 victory over Cowdenbeath ensured they qualified as well. Former Livi striker Liam Buchanan gave Cowdenbeath an early lead at the Tony Macaroni Arena but the hosts were ahead by half-time.

Jamie Todd put through his own goal after a 21st-minute corner and Bruce Anderson fired home in the 38th minute after a brilliant ball from Jack Fitzwater. Craig Sibbald curled in a glorious third eight minutes into the second period.

The win came at a cost as Livi lost Jackson Longridge and Andrew Shinnie to first-half injuries.

Kilmarnock emerged from a difficult pre-season campaign to seal top spot in Group G thanks to a 2-1 win over Stranraer.

After losing three points for fielding a suspended player, Killie needed a stoppage-time equaliser against Morton in midweek to stay in contention. Chris Burke’s winner edged them through after Fraser Murray’s opener had been cancelled out by Josh Walker.

Arbroath came from two goals down against Kelty Hearts to join Dundee United in progressing from Group B.

Kallum Higginbotham and Joe Cardle put the visitors ahead but goals from Luke Donnelly and Colin Hamilton levelled the scores before Nicky Low struck the winner from the spot.

Dunfermline moved top of Group H after doubles from Craig Wighton and Kevin O’Hara earned a 4-1 victory over Stenhousemuir.

St Mirren will win the group if they avoid defeat on Sunday against Partick Thistle, who must win by three goals to progress. But the Pars are assured of a best runner-up spot if they are knocked off top spot.

Hamilton missed out on a best runner-up spot after they were held to a 2-2 draw by Lanarkshire rivals Albion Rovers, while Stirling missed out on goal difference after a 3-1 win over Peterhead.

Elsewhere, already-eliminated Ross County warmed up for their league campaign by beating Montrose 4-1 thanks to a Blair Spittal double and goals from Jordan White and Alex Iacovitti.