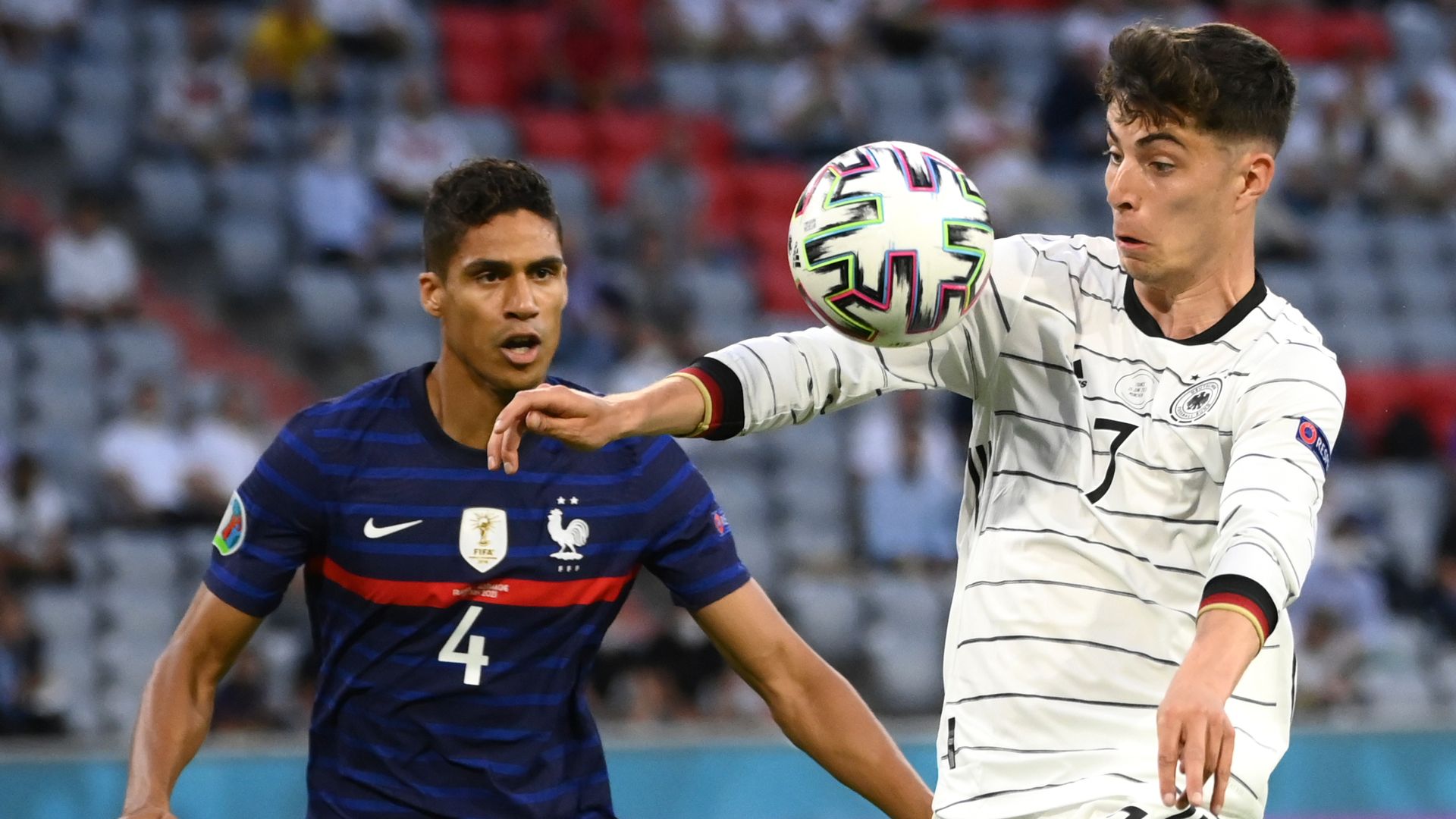 The final Euro 2020 group games are upon us and it could be the most thrilling day yet, with everything still to play for for Spain, Germany, Portugal and France.

Portugal will have to recover their intensity and hunger to beat France after a disappointing 4-2 defeat by Germany.

“We need to be what we have always been, a very combative team which plays with solidarity,” Pepe said ahead of the game – a rematch of the Euro 2016 final, which Portugal won 1-0 after extra time.

“After Germany, we were very sad but we’ve thoroughly analysed our performance and we want to show what we’re worth. The last match wasn’t good, that’s true, but tomorrow we have the chance to prove our doubters wrong and play at our best level.”

The defeat by Germany was the first time Portugal had conceded four times in 58 games under coach Fernando Santos and only the second time they had let in three goals.

“That was not the Portugal we all know,” Santos added. “We have experienced players and they don’t always win. There are times when the top teams don’t deal well with defeat but our players are used to reacting.”

Poland goalkeeper Wojciech Szczesny insists the make-or-break nature of the final group game against Sweden has simplified their approach.

With just one point in Group E, the Poles have to win if they are to make the knockout stage.

Three years ago at the World Cup in Russia, Poland were the first European team to be eliminated after losing their opening two matches but the point they secured against Spain last time out has given them a lifeline.

“After our first match at the 2018 World Cup, when we still had two matches ahead of us and could qualify from the group, there was no spirit in the team,” he told Euro 2020.com.

“Here, after the first match, even though we’d put ourselves in a very difficult position, you could tell we had faith and the will to qualify. Mentally, it is pretty easy when you know you have to win the match. No need to speculate.

“So the mental approach to such a game is much simpler because you don’t leave any energy for the last few minutes or the next match. You play for your life, and I think that can help us.”

Meanwhile, Spain skipper Sergio Busquets is set to feature after a positive Covid-19 test saw the Barcelona holding midfielder sit out his country’s draws with Sweden and Poland. And the likes of Cesar Azpilicueta, Thiago Alcantara and Mikel Oyarzabal are all in line to start for La Roja.

Germany vs Hungary: Germany’s Mats Hummels and Ilkay Gundogan have returned to training, while Thomas Mueller’s participation remains doubtful. They had all suffered injuries in Germany’s 4-2 win over Portugal last week.

Portugal vs France: France will be without Ousmane Dembele, who has been sent home after picking up a knee injury against Hungary.

Who needs what to qualify?

Sweden are through to the last 16 with their four points following the win over Slovakia on Friday, as even if they finish third in Group E they will rank ahead of both Ukraine and Finland by virtue of having already won four points.

Slovakia stunned Poland in their tournament opener, but stay on three points going into their final game against Spain. A point should be enough to reach the last 16, but a defeat would leave their progression up in the air.

Meanwhile, Spain still have plenty of work to do after their 0-0 draw with Sweden in the opener and subsequent 1-1 draw with Poland.

Poland kept their tournament alive with that result – and all four teams are still able to finish in the top two on the final day.

Germany moved second in the group with their thumping win over Portugal, who missed the chance to book their last-16 spot. However, France’s draw with Hungary earlier on Saturday has left all to play for in Group F in the final round of matches.

All four sides have a chance to clinch an automatic spot or progress with a high points tally in third place.

France are the only team guaranteed of reaching the last 16 already, as even if they finish third in Group F they will rank ahead of both Ukraine and Finland by virtue of having already won four points.

Spain have drawn both of their EURO 2020 matches so far; in European Championship history, only one side have drawn all three of their games in a single group stage – Portugal in 2016, who would go on to win the entire tournament that year.

Sweden have won nine of their last 11 matches against Poland (D1 L1), including each of the last five. The last Polish victory dates back to a home friendly in August 1991 (2-0).

None of the previous 26 matches between Sweden and Poland have ended goalless.

Portugal have won only one of their last 13 matches against France (D1 L11) – that was the Euro 2016 final, played at the Stade de France.

Portugal’s Cristiano Ronaldo has never scored against France. In fact, they are the opponent against which he’s played the most often without ever finding the back of the net in international football (6 games, 439 minutes).

Germany were eliminated from the group stages at the 2018 World Cup; they have never gone out at the group stage of consecutive major tournaments (World Cup and Euros).

UEFA has turned down a request from the mayor of Munich for the city’s stadium to be lit up in rainbow colours for the Euro 2020 Group F match between Germany and Hungary.

European football’s governing body said it received the request from the mayor of the German city, Dieter Reiter, on Monday.

Reiter had said he wanted to light up the stadium in the colours in protest against a new law in Hungary that bans the dissemination of content in schools deemed to promote homosexuality and gender change.

On that basis, UEFA said it could not grant the request and proposed alternative dates for the stadium to be lit up in rainbow colours.

The decision comes after UEFA also dropped an investigation into Manuel Neuer’s wearing of a rainbow-coloured armband in Germany’s Euro 2020 matches against France and Portugal.

The Bayern ‘keeper had been wearing the armband, which is a symbol of solidarity with the LGBT+ community, during Pride Month in June.

UEFA was understood to be looking into whether the armband had breached its rules regarding on-field political statements, but on Sunday the DFB confirmed the investigation had been stopped.

What are the other Home Nations up to?

After reaching the last 16 on Sunday, Wales will continue their preparations for their first knockout game, playing in Amsterdam on Saturday night.

And Wales international Joe Ledley believes his country have every reason to be confident going into their Euro 2020 last-16 tie with Denmark.