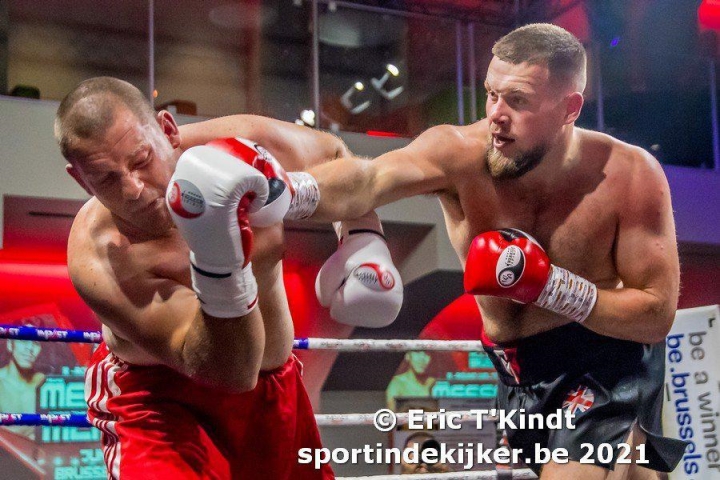 Welch featured on Belgium promoter Claridge Events show and made quick work of Hungarian Kutasi who couldn’t stand up to the Brighton puncher’s bombs and was halted at 1:41 of the second round in his first pro foray overseas.

Briggs posted a video on his Instagram page showing Welch rampaging on Kutasi, landing a big right uppercut, followed by a left hook to the head and hurtful body shot, a left jab then a booming right hand and left uppercut dropped him for a count.

The end came moments later (that was not shown in the video clip) with Welch landing another huge right uppercut and left hook with the referee jumping in and waving it off to stop any more punishment.

The 26-year-old is blazing a trail in his early steps in the division with his two previous fights ending in the first and second round as he marks himself out as one to watch.

American showman Briggs, famous for his “Lets Go Champ!” catchphrase, sparred many rounds in the early 1990s with Tommy’s father Scott – the former British and Commonwealth Champion and World title challenger – and was impressed with the prospect’s ferociousness.

Tommy said, “It was a last minute job that came up and as I’m constantly ticking over in the gym and always ready to fight, it was nice to jump on a plane straight over there and get the job done,”

“It was great to get some experience fighting in a different country.  It was in a very small venue and the ring was even smaller than usual so that was a new experience.  The good thing about the tiny ring was that it made Kutasi come out and fight as he had nowhere to run.  He was like a trapped animal and had to fight back for survival,”

“I was pleased with the finish and it showed more development from the previous fight, but there is plenty more to come from me,”

“Shannon’s comments were spot on.  He’s absolutely right, it’s vicious game and I’ll be as vicious as I can be.  I’ve been around Shannon growing up and we’ve got close relationship between me, dad and Shannon.  He appreciates where we’re going, he’s fully behind us and it’s great to have a former World Champion who’s been there seen it and done it believing in us.”

Scott added, “These are the type of fights where we learn, adapt, change and keep working and improving in the gym.   We’ve got a job to do, we’ve got to get Tommy mentally prepared and keep him busy,”

“This is what Tommy needs as he starts out in his career which is no different to what I did, or what Frank Bruno, Lennox Lewis or Mike Tyson did.  He’s dealing with his opponents comfortably.  He’s not shouting his mouth off and he’s confident in himself as he builds his experience,”

“It’s always great to hear from Shannon.  We’ve seen each over loads over the years and there’s plenty of love and respect there.  We sparred sixty to seventy rounds together and this was when he was coming through in the early 90s.  Tommy met him when he was 15 and here we are now with Tommy as the young, up-and-coming prospect, just as we were.”