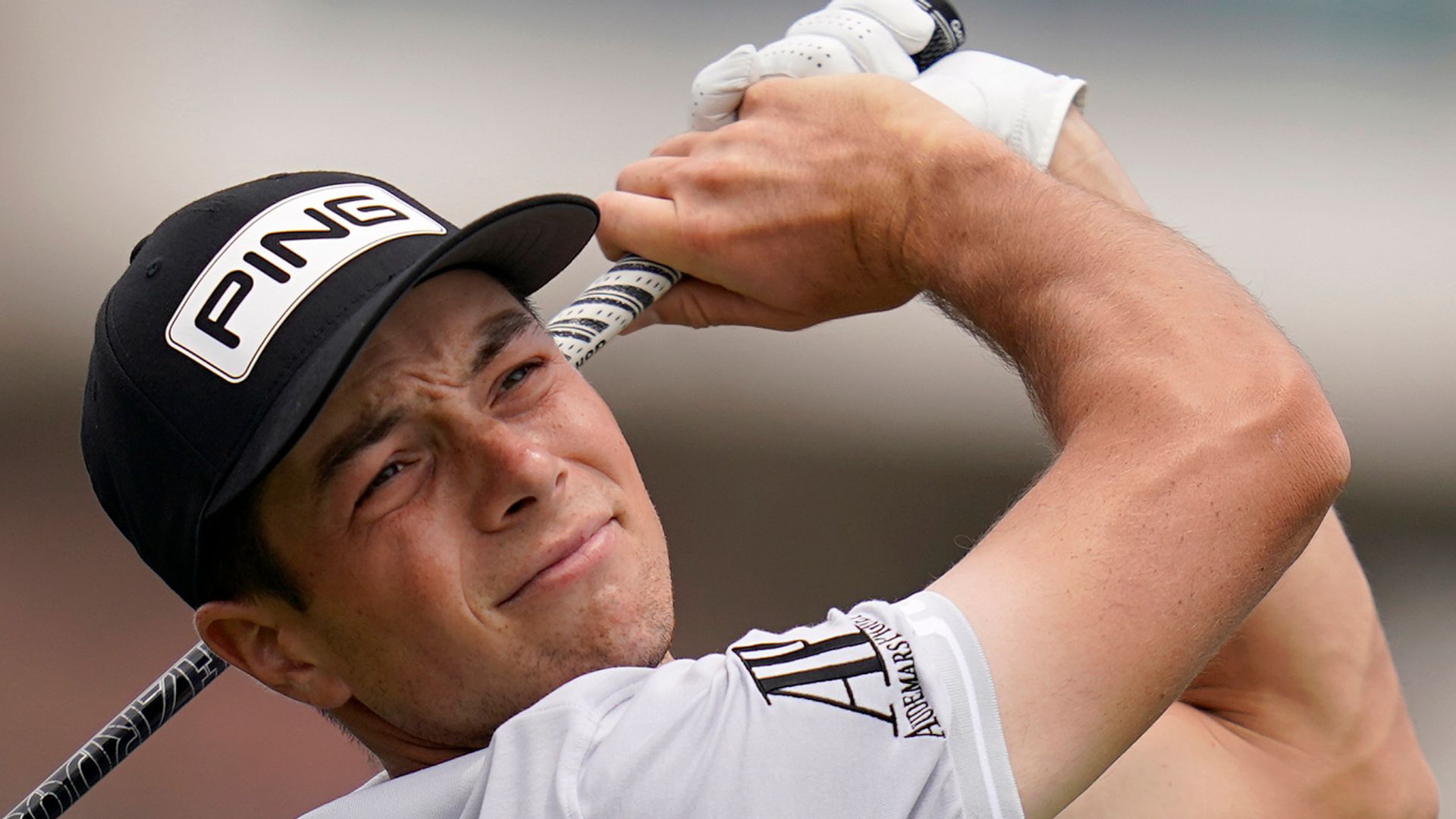 Viktor Hovland was forced to withdraw from the US Open midway through his second round due to a problem with his eye.

Hovland had problems before teeing off on Friday at Torrey Pines when sand lodged in his eye as he went through his warm-up routine in the short-game practice area.

The exciting young Norwegian was unable to alleviate the issue which clearly affected his focus as he bogeyed four of his first six holes after starting at the 10th, and he then double-bogeyed the first to slump to nine over par for the tournament.

The world No 13 consulted a doctor and decided to hand in his card before heading off to get treatment, and the USGA soon confirmed that he would play no further part.

A statement from tournament officials read: “Viktor Hovland has withdrawn from the 2021 US Open Championship on Friday, June 18, because of an eye injury.

“Hovland, the 2018 U Amateur champion who was fully exempt and competing in his third US Open, had completed 10 holes of the second round after carding a three-over 74 in Thursday’s first round. He started at the 10th hole at 1:25 p.m. PDT and was grouped with Matt Fitzpatrick, of England, and Tyrrell Hatton, of England.”

The Ryder Cup prospect was among the pre-tournament favourites after a consistent season, posting six top-10 finishes in his 12 starts including back-to-back podium finishes at the Valspar Championship and the Wells Fargo Championship last month.