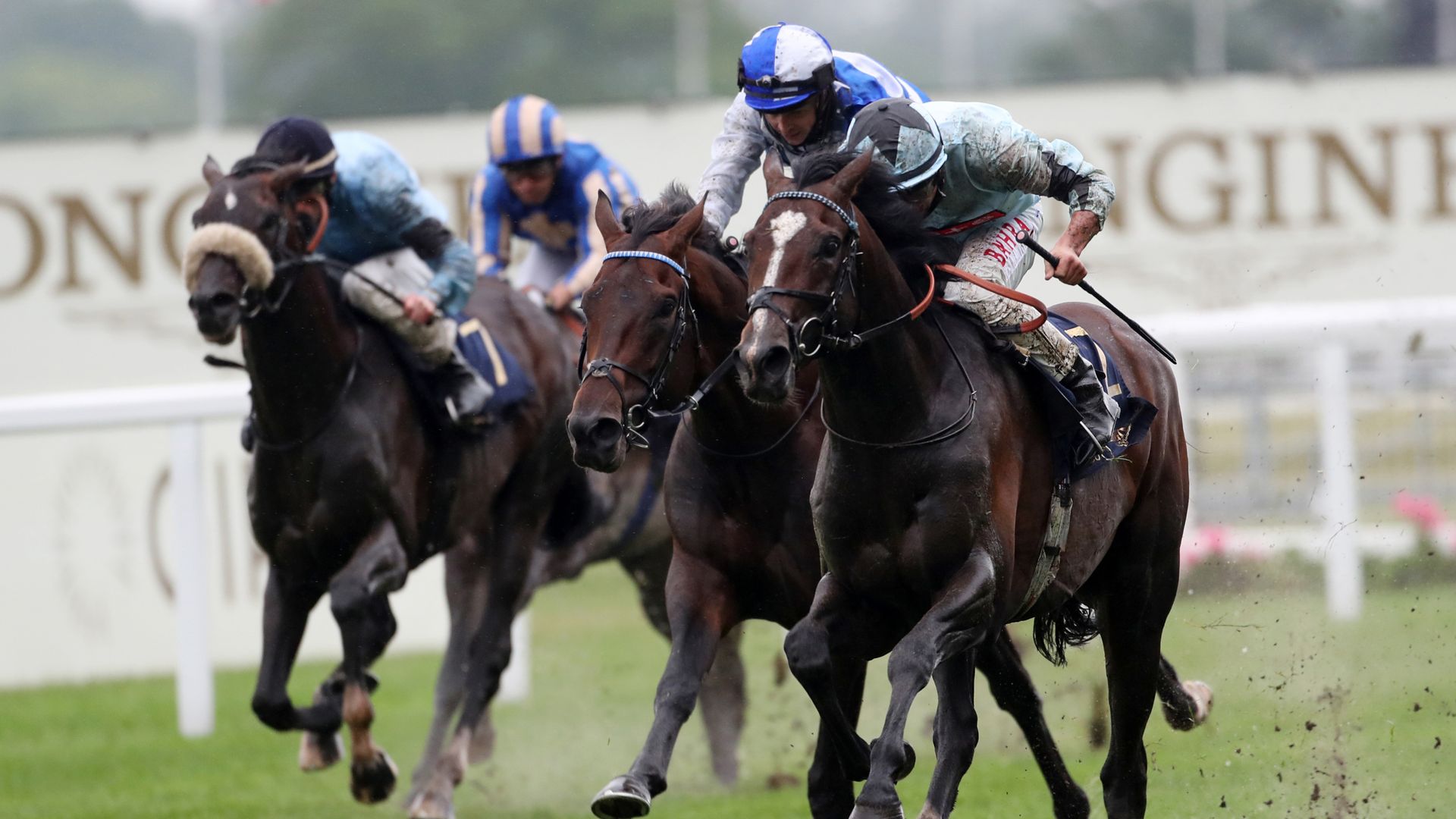 Alenquer was a winning favourite in the King Edward VII Stakes.

Trainer William Haggas was doubling his tally at this year’s meeting, following the Hampton Court Stakes victory of Mohaafeth, as Tom Marquand struck from off the pace to win this Group Two by a length and a half from Tasman Bay.

The six-runner field picked its ground carefully on the round course, being used for the first time on the card after the overnight and morning deluges.

Alenquer always appeared to be travelling within himself, though, and forged to the front a furlong out before holding off Tasman Bay to win at 13-8.