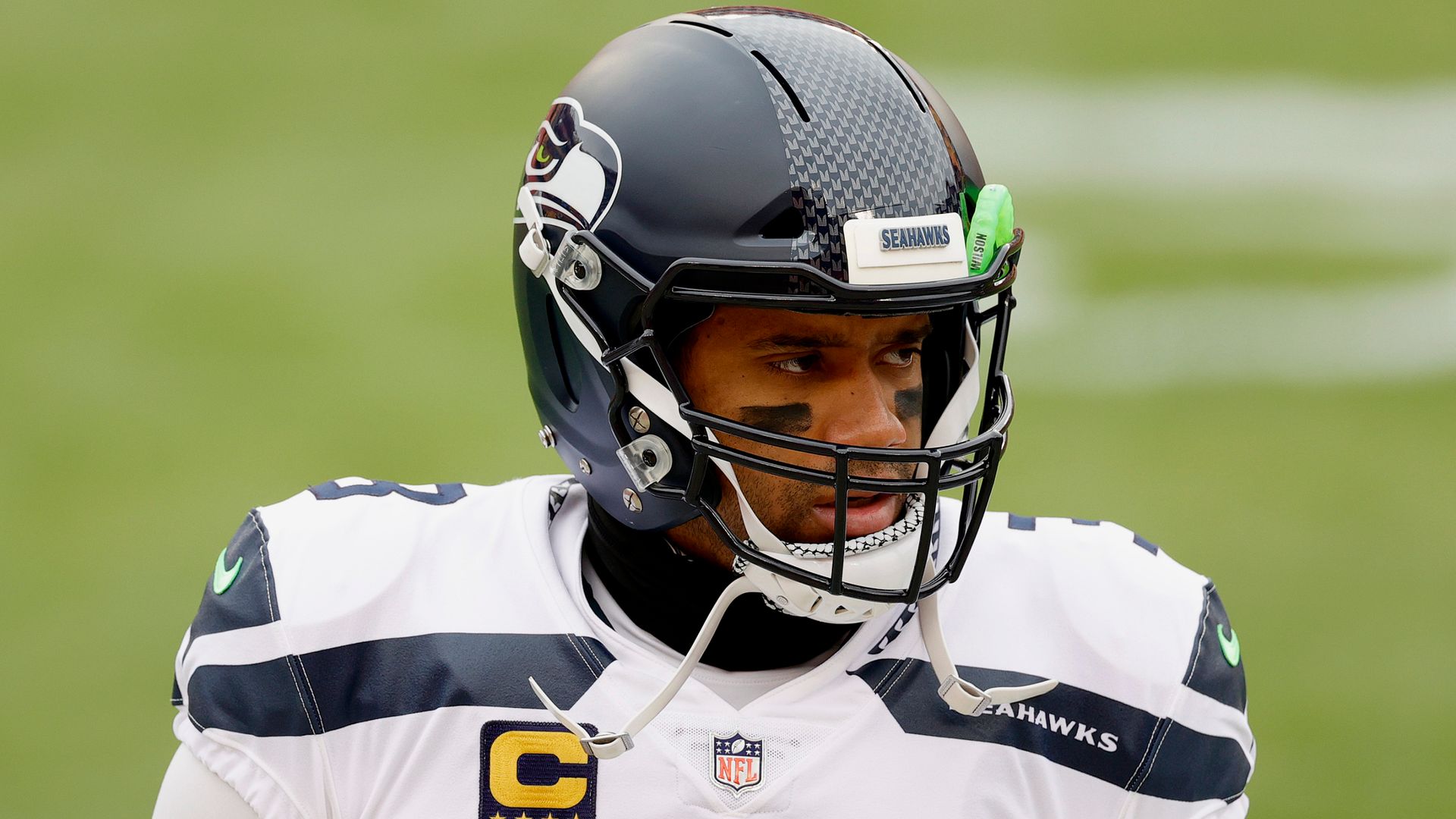 Seahawks quarterback Wilson denies he asked to be traded away from Seattle and says: “I’m here to win it all”; 32-year-old had shared frustrations at end of 2020 season that fuelled speculation of a move; Seahawks haven’t advanced past divisional round of playoffs since 2014

Seattle Seahawks quarterback Russell Wilson says he did not request a trade away from the team this offseason but acknowledged “unfortunate frustrations” with how the season ended.

In his first public comments since media speculation around a potential trade for the eight-time Pro Bowler began in February, Wilson said: “I’ve always wanted to play here for my full career.”

Two days after the Super Bowl, Wilson did two interviews in which he aired his frustrations with getting hit too much and made allusions to being on the trade market. His comments set off speculation all summer about whether the Seahawks would trade him and to where.

“I did not request a trade,” Wilson said on Thursday.

“There were a lot of people, there was a whole thing saying I requested a trade, and that’s just not true,” Wilson said. “I didn’t request a trade.

“Everything kind of started from there. Obviously, tons of teams were calling and I think that the reality was I didn’t want to go anywhere else, I wanted to play in Seattle. But if I had to go somewhere, these are the teams I would go to or consider.

“At the end of the day, I have a no-trade clause, right?”

Wilson has been sacked 394 times in his career in the regular season, including 47 times last season, third-most in the league.

“I’m frustrated (about) getting hit too much. I’m frustrated with that part of it. At the end of the day, you want to win,” Wilson said in one of those February interviews.

In a separate conversation, Wilson was cryptic as to whether he would return to Seattle.

“I’m not sure if I’m available or not. That’s a Seahawks question,” Wilson said. “The reality of professional sports is things happen, things change. I’m not sure how long I will play in Seattle.

“I think hopefully it will be forever. But things change, obviously, along the way.”

Wilson has three years remaining on the $140m extension he signed in April 2019.