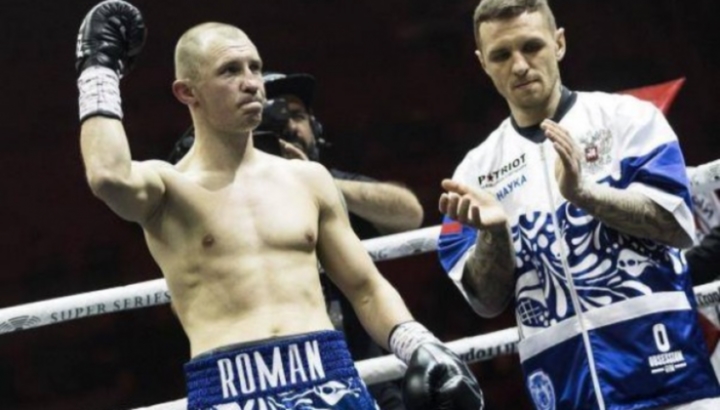 Top Russian promoter Vladimir Hryunov celebrated his 54th birthday with a nice-packed event at the Vegas City Hall on the western outskirts of Moscow. Roman Andreev obliged to congratulate the promoter with a fan-friendly scrap against Nicaraguan Freddy Fonseca, which earned him a vacant WBA Gold lightweight title via a unanimous decision.

It was a hard fight for the local puncher from the get go. Southpaw Fonseca, 29, let it known early into the first that he does possess an equalizing punching power. Andreev was shaken with a right hook midst into the first, and soon was sent down with a straight left hand. It wasn’t a scary knockdown, nor it was a flash one. Andreev, himself known as a big puncher, regrouped but it was Fonseca’s round.

In the second and in the third, the WBA #10 rated Russian made slight adjustments but otherwise just rumbled with the Nicaraguan. Both Fonseca and Andreev felt the power of each other. The Russian chose to come forward under fire, risking another knockdown or even a knockout, while the Latino fighter clinched and held whenever possible. Andreev, 35, landed a huge right uppercut at the end of the third to punctuate his comeback. Fonseca answered with the uppercut of his own in the fourth, a close round, which saw both fighters trying to execute their chances in exchanges.

Trench warfare continued into the fifth and into the sixth, with Andreev getting the upper hand by landing a bit more frequently than the Nicaraguan. Fonseca, on the other hand, had his chances, specifically with smashing right hooks. Both fighters neglected bodypunching and remained relatively fresh at the midpoint. Facial damage was the comeuppance. Fonseca had his cheeks puffed and his face was reddened, while a nasty cut was opened over Andreev’s left eye by the eighth.

Both combatants continued rumbling during the last third of the fight but Andreev, while shaken at some points – mostly by right hooks of Fonseca, didn’t let himself and the fans down taking the punishment well. Meanwhile, Fonseca felt signs of fatigue and was less active with his counterpunching in championship rounds. A major factor was also a point, deducted from Fonseca by referee Yuri Koptsev in the twelfth round, for constant holding.

Ukrainian welterweight Victor Plotnikov (33-12, 15 KOs) continued his sad path of a human punching bag, being stopped in one by ex-wrestler Rokhman Akhmethanov (2-0, 2 KOs). The Chechen native started punching right away, cornered his 43-year-old opponent and unleashed a brutal series of punches, prompting the referee’s stoppage at 1:59 of the round.