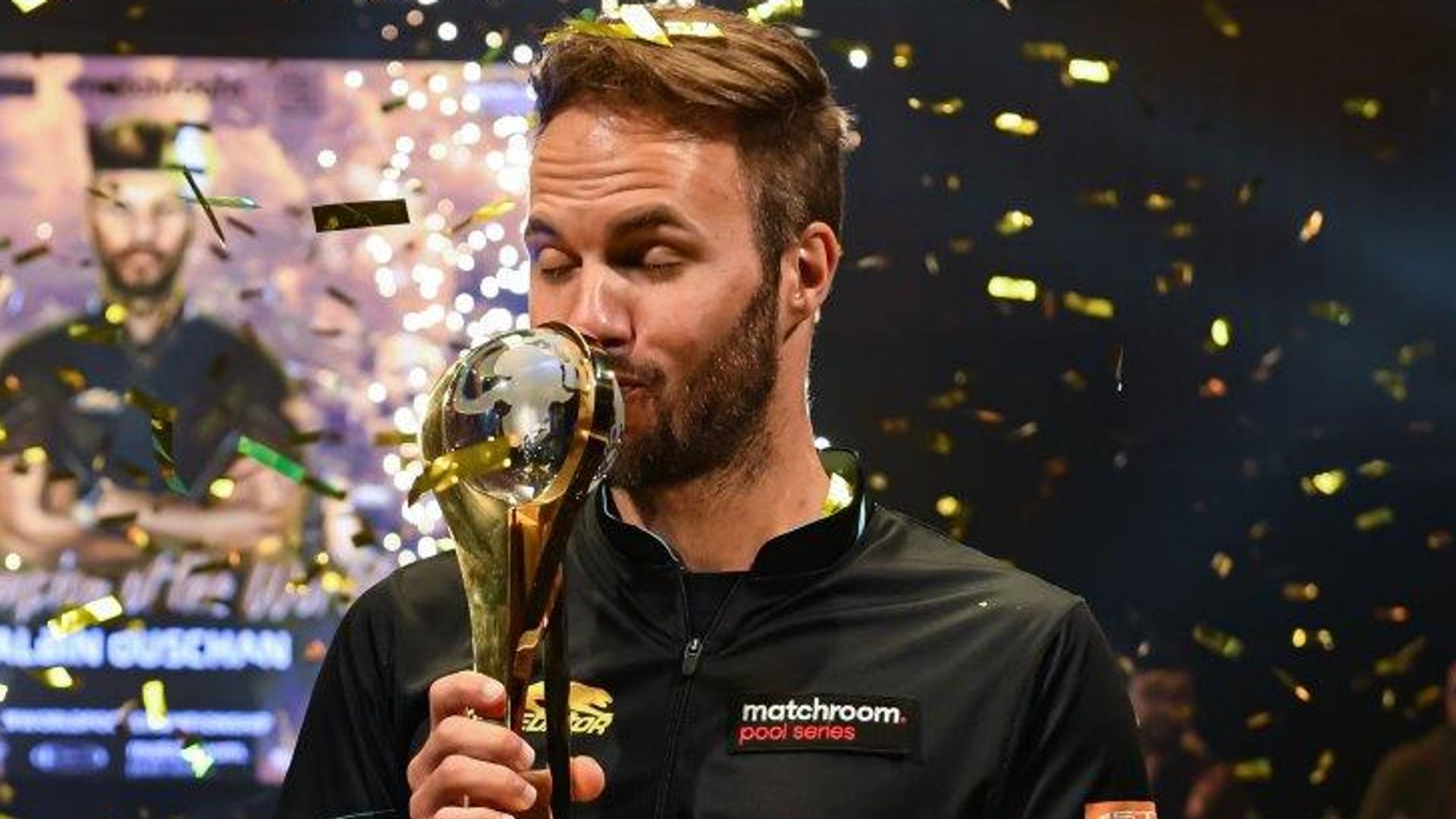 Albin Ouschan becomes a two-time World Pool champion with victory over Kuwait’s Omar Al Shaheen at the Marshall Arena; the Austrian said: “I didn’t think for one moment about the rankings or the cheque but of course when you are finished you think about it, and it is very nice”

Having already won the Championship League in March, Ouschan is now the world No 1 having collected his second title of the year.

“When you say two-time world champion, it sounds amazing, and it is really,” said Ouschan, who takes home $50,000 as well as the newly commissioned world championship trophy, which also has his name engraved from 2016.

“In the last rack, you just want to be as easy as possible on every shot so I was very happy that he went for the 1-ball after I called push out. He left me a tricky shot but after I made it everything was open and I was ready to take it home.”

Ouschan won the lag and ran the first three racks before Al Shaheen won three in a row himself to tie the final at 3-3. The next six racks were also shared as the match went back and forth. Al Sheehen had a chance to extend to a two-rack lead at 7-6 ahead but missed his chance and Ouschan was able to level again.

Al Shaheen pulled ahead again put from 9-7 down, Ouschan found his very best game and after levelling at 9-9 his momentum carried him to the hill three racks ahead.

Breaking for the title at 12-9 up, the 2016 winner made three balls but didn’t have a shot at the 1. He played a push out and Al Shaheen took it on but missed the shot with the cue tight to the top rail.

Ouschan made a good cut to make the 1 and after that it was a roadmap. The remaining five balls were removed with the kind of ice-cool composure he is renowned for, and Ouschan wrapped up the title.

“I think after the loss against Roberto, I thought ok what’s going to happen next. But then actually I just swallowed it down and came stronger the next day.”

“I had a very good start to the match and a very good end but the middle section was a little bit rough, but hats off to Omar who played a very good match,” he said.

“After the loss against Roberto Gomez I swallowed it down and came strong the next day, and now I am here. I didn’t think for one moment about the rankings or the cheque but of course when you are finished you think about it, and it is very nice.”

“To play in a final is tough, one missed ball and you can lose,” said Kuwait’s Al Shaheen. “Albin played great, I made a couple of mistakes, but I am totally proud and I know all over the Middle East they are so happy, and I am excited and proud about that.”

The next event on Sky Sports is the US Open Pool Championship at Harrah’s Resort Atlantic City from September 13-18.

Joshua Filler will be looking to defend his title as 256 players descend on Atlantic City for one of the biggest events in pool.