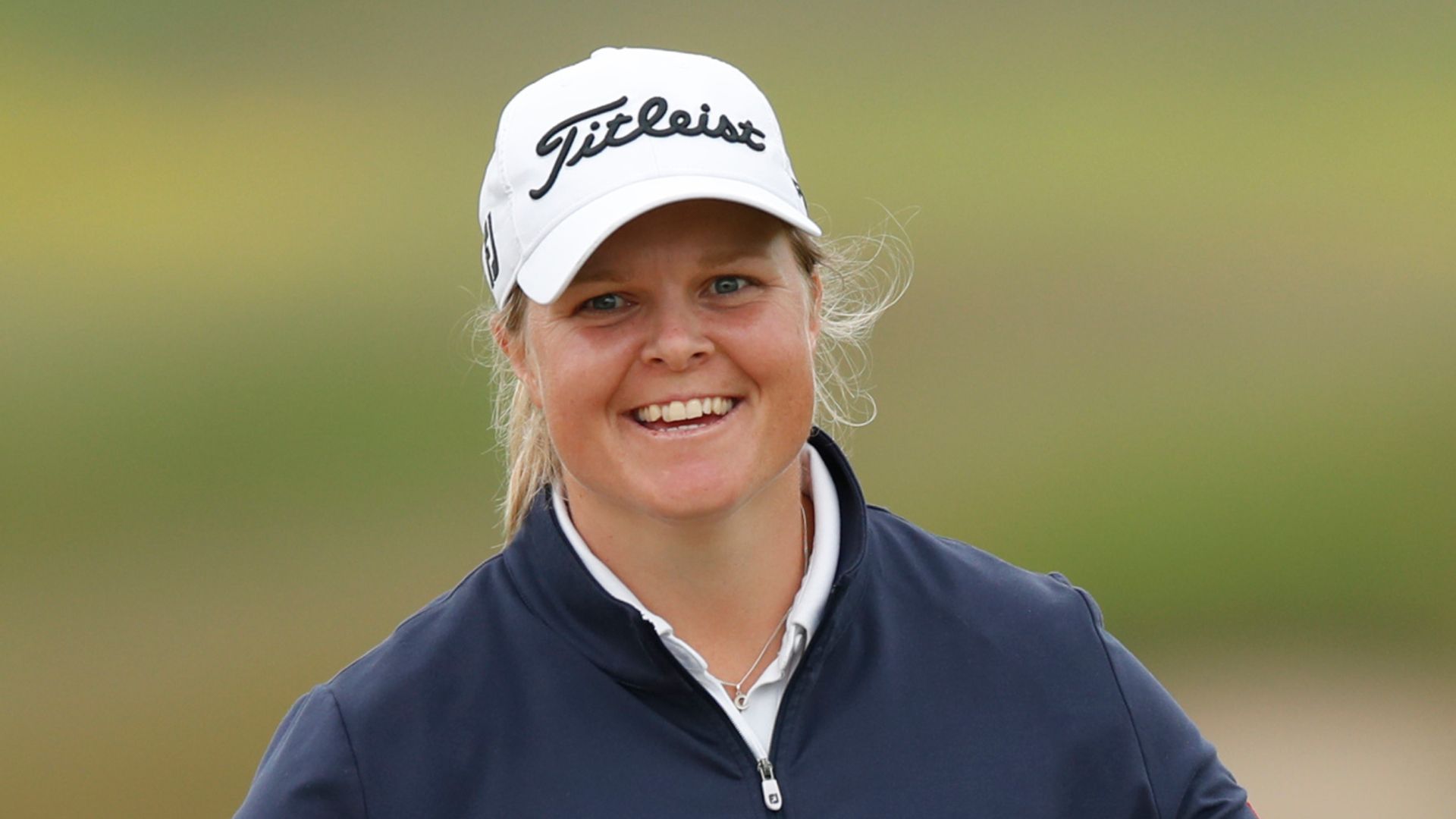 Solheim Cup star Caroline Hedwall enjoys two eagles in a 64 that lifted her into the lead at the Scandinavian Mixed. Saturday’s live coverage will now start much earlier than scheduled – tune into Sky Sports Golf from 8:30am.

Caroline Hedwall fired a 64 including two eagles as she powered into the halfway lead at the Scandinavian Mixed in Gothenburg.

Hedwall delighted the home fans at Vallda Golf and Country Club and led some outstanding scoring in her group, with Pia Babnik and Joost Luiten also flying high after 36 holes.

Henrik Stenson made it safely through to the weekend, although back-to-back 70s left him nine behind the leader, but co-tournament host Annika Sorenstam will be a spectator – and guest commentator – over the final two rounds.

Hedwall’s eight-under round earned her a one-stroke lead over Luiten, who fired a 65 and completed 36 holes without a single blemish on his card, while Babnik is just three behind after adding a 66 to her opening 68.

After starting at the 10th, Hedwall got up and running with birdies at 13 and 14 before she drained a great putt for eagle at the long 16th, and another birdie at the 18th capped a back-nine 31.

The Solheim Cup stalwart dropped her first shot of the tournament at the second, but she responded with back-to-back birdies and then holed out from a greenside bunker for another eagle at the sixth.

“I was a bit lucky out there today. I made two eagles and made a bunker shot, so it was very enjoyable,” said the 32-year-old, whose last win was the Ladies Open de France, almost three years ago.

“If you look at the leaderboard, it looks like they have set it up pretty fair, but it’s hard to judge. I think looking at the mix of the players on the leaderboard, I think they have done a good job because it’s obviously tough.

“Hopefully, I get to play with Joost again, I really enjoyed playing with him the last couple of days. It is good being back in Sweden and I’m just going to try and enjoy myself.”

Luiten was far from intimidated by the superb scoring from his playing partners and carded seven birdies in his 65 to claim outright second and ensure being partnered with Hedwall again on Saturday, with play now starting much earlier due to the threat of high winds in the afternoon.

“These girls were playing great,” said the Dutchman. “They hit it a long way, I think they hit it as long as me, so they could really take some holes on, and they took advantage of it. They were making a lot of birdies, and Caroline had two eagles as well, that really helps. I tried to keep up with them and I managed to do that.

“What I do is focus on myself, there’s nothing else I can do. I just need to put in a score myself and then I’ll see where that puts me on the leaderboard compared to the men and the women. I think that’s the key.

“It took a bit of getting used to it because I was the only man in the group, so it was a bit of a different rhythm, but it makes it fun to play different formats and it’s fun to see the girls as well. They really crushed the ball – you can see that in the scores!”

Babnik was joined on 10 under by Australian Stephanie Kyriacou, who birdied four of her last six holes in her 66, while fellow Ladies European Tour stars Olivia Cowan and Alice Hewson are also in contention on nine under after rounds of 68 and 67.

Overnight joint-leader Sam Horsfield slipped seven shots off the pace following a disappointing 74, 10 strokes higher than his first round, while Stenson is still at odds with his long game and will need something special to threaten the leaders after his three-birdie 70.

“It’s hard work for me,” he said. “We’re still fighting and still grinding, I managed to do that pretty good for a second day. On the course, the way it’s playing, you wish for a lot more, especially the par-fives. I’m level par on eight par-fives, and that’s not going to get me anywhere in this field.

“We need to do better if we want to move up the leaderboard, that’s for sure. I’ve got to try and find something that gives me a little more peace of mind. I felt pretty rushed out there with the longer shots, it’s not very well synced up or in good order.”