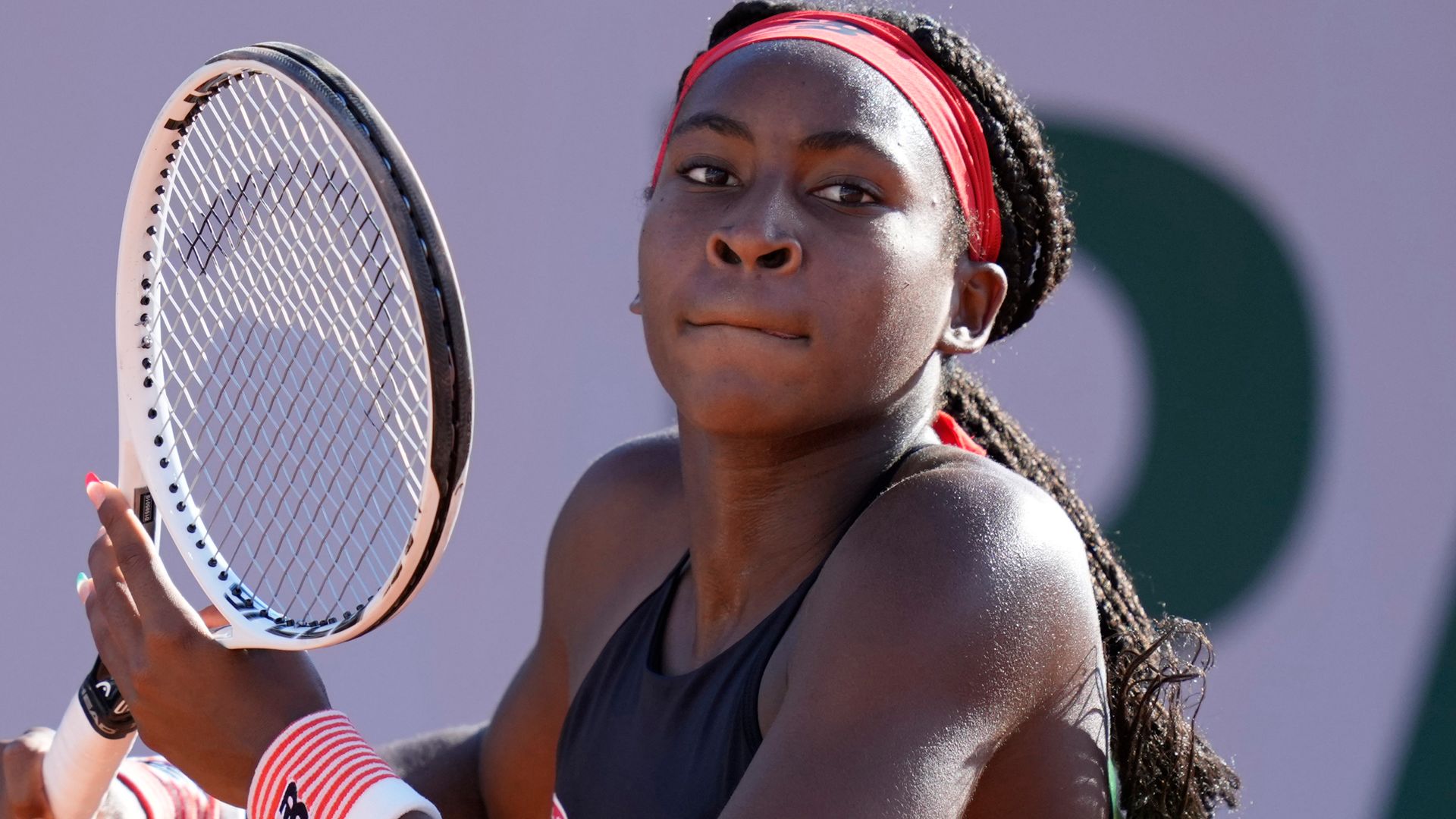 American teenager Coco Gauff is thrilled to be heading to Wimbledon this summer after the Grand Slam was cancelled in 2020 due to the coronavirus pandemic; she said: “I’m just happy that right now I’m healthy and everything. Hopefully that keeps up all the way through Wimbledon”

American teenager Coco Gauff is excited by the prospect of returning to Wimbledon this summer following the cancellation of the Grand Slam in 2020 due to the coronavirus pandemic.

The 17-year-old saw her hopes of reaching a first Grand Slam semi-final ended by unseeded Czech Barbora Krejcikova at this year’s French Open.

Gauff has been in brilliant form on the clay, but the American will now hope to take that winning-mentality on to the grass in time for Wimbledon, which was the scene of her major breakthrough two years ago, when she reached the last 16.

Gauff’s hitting partner, Frenchman Enzo Couacaud told her the defeat to Krejcikova at Roland Garros would make her a “champion in the future” and the teenager believes it too.

Reflecting on her campaign on the dirt, in which she won the WTA Emilia-Romagna Open in Parma, Gauff said: “Obviously it was a great season. In the future, I just want to keep continuing to get better. Hopefully next year I’ll be better.

“But I think that I’ve learned a lot over this swing and I have a lot that I can take with me later into my next tournaments later this year.”

She will now turn her attention to the grass where those memories of her fairytale run as a 15-year-old in 2019, defeating Venus Williams, her idol, on the way to the fourth round, will come flooding back.

“I’m excited to go back, for sure. I think my most memorable thing I remember from Wimbledon is just the crowd experience,” said Gauff.

“That was like one of my first matches on a big stadium like that, playing against really great people like Venus Williams. It kind of just was the start of my career, I guess, and making it on the pro tour.

“I’m excited to go back. I know it won’t be as crowded as normal, but hopefully there are some fans in the stands. I’m just happy that right now I’m healthy and everything. Hopefully that keeps up all the way through Wimbledon.”